Ballet Hispánico’s Noche de Oro at the Wallis in Beverly Hills last week-end was the best dance show I’ve seen in quite a while. The program consisted of three pieces divided by two intermissions, and let me tell you—the whole thing went by in a flash!

It was all performed by ten equal and strong dancers; it was a pleasure to see their talent matching and meshing. There were absolutely no weaknesses whatsoever. My friend Marc, who sees a lot of dance performances with me, even mentioned it. This was the first time we didn’t single-out our favorites. (Or say one dancer’s abilities were not up to the others.) 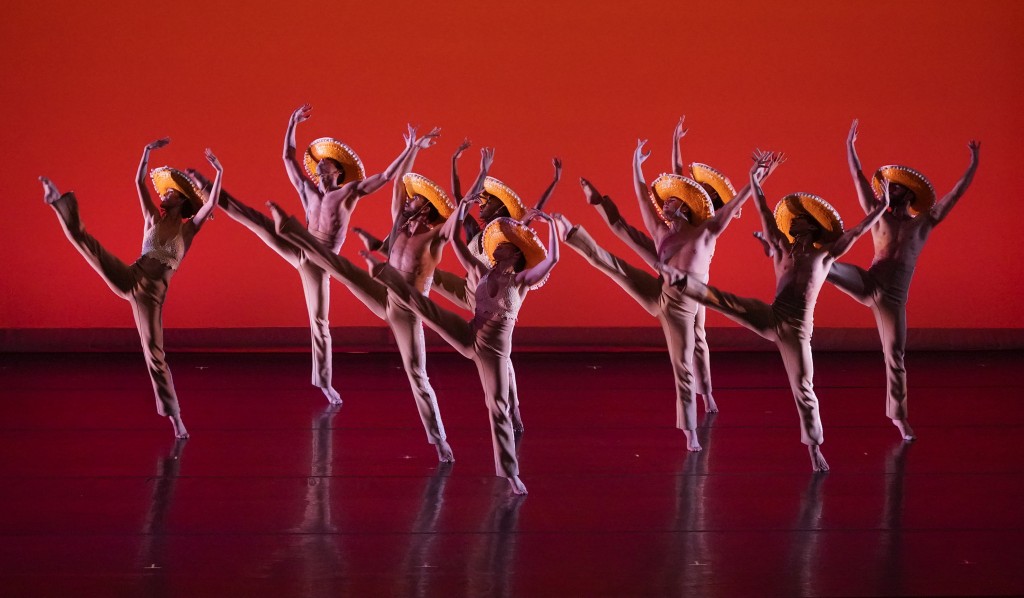 Photo by Lawrence K. Ho, as is the one at the top of this review.

But what I loved most about this company, (besides how talented the dancers are and how perfect the choreography is,) is how happy the entire program was; they seemed to not be trying to be profound, as so many other companies are. It appeared that their raison d’être is solely to entertain, and not to torture their audiences. (But I found-out later it is all a bit deeper than that. I’ll explain in a moment.)

Marc said that I can tell you this—he is a major appreciator of Latin men, so he was in heaven seeing these performers, all of whom he deemed to be “beautiful.” He especially loved a number with the quintet of them strutting their stuff in high heels. 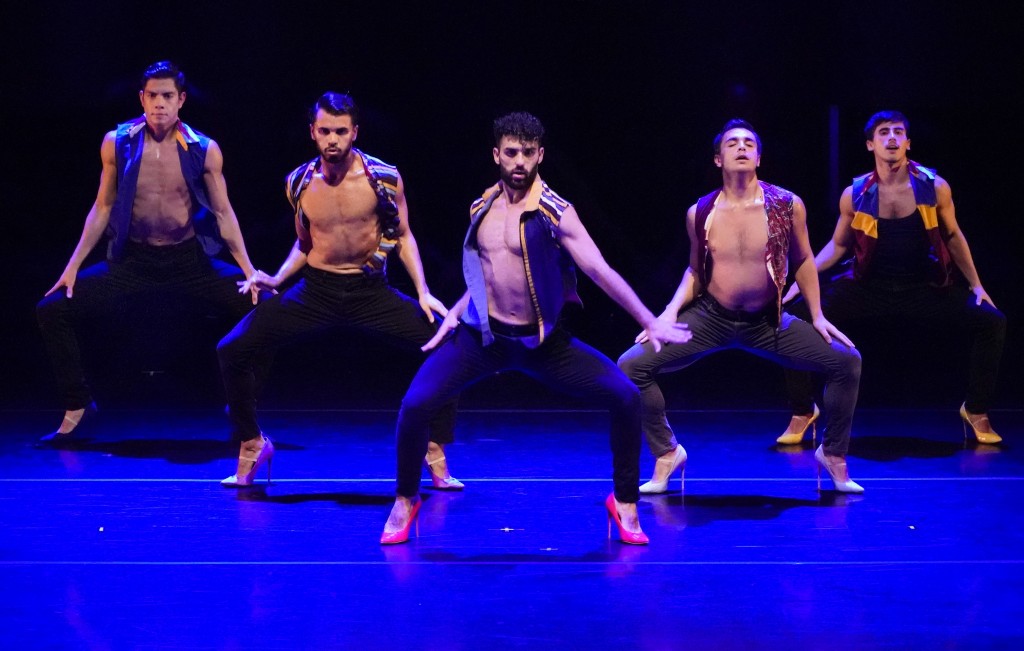 Although the night was, indeed, golden, (as the title of the program states,) it was not exactly ballet. Nor was it traditional Mexican dance, which is what I had been expecting, so I was very surprised when the curtain opened and rather than colorful skirts and camisas, the ladies were donned in beige…underwear! That was a jolt for me, especially because the show began with Mr. X’s all-time favorite song, El Paso, being played right before the curtain even rose–that song lends itself to classic Hispanic dancing.

It was all perfection nonetheless. The three numbers that were presented that night were actually contemporary dance, but I love all styles of dance, especially when the presentations are as breathtaking as this one, so I adored everything Ballet Hispánico put out there.

The choreography was all so different and interesting. I appreciated it all. And all the music choices were wonderful, as well.

I know from reading the program when I got home that all the dances are actually about something. But since their meanings are somewhat complicated, which I respect, I’m sort-of glad that I didn’t know what any of the pieces meant while I was watching, so I just got to enjoy the actual dancing. Marc told me later that he, too, was happy he had not read his program, either, because he didn’t want to think about what was going on with it all. He said it might have changed his feelings on what he was witnessing in front of his eyes. We both just wanted to observe and admire. For once we bickering friends agreed on something! 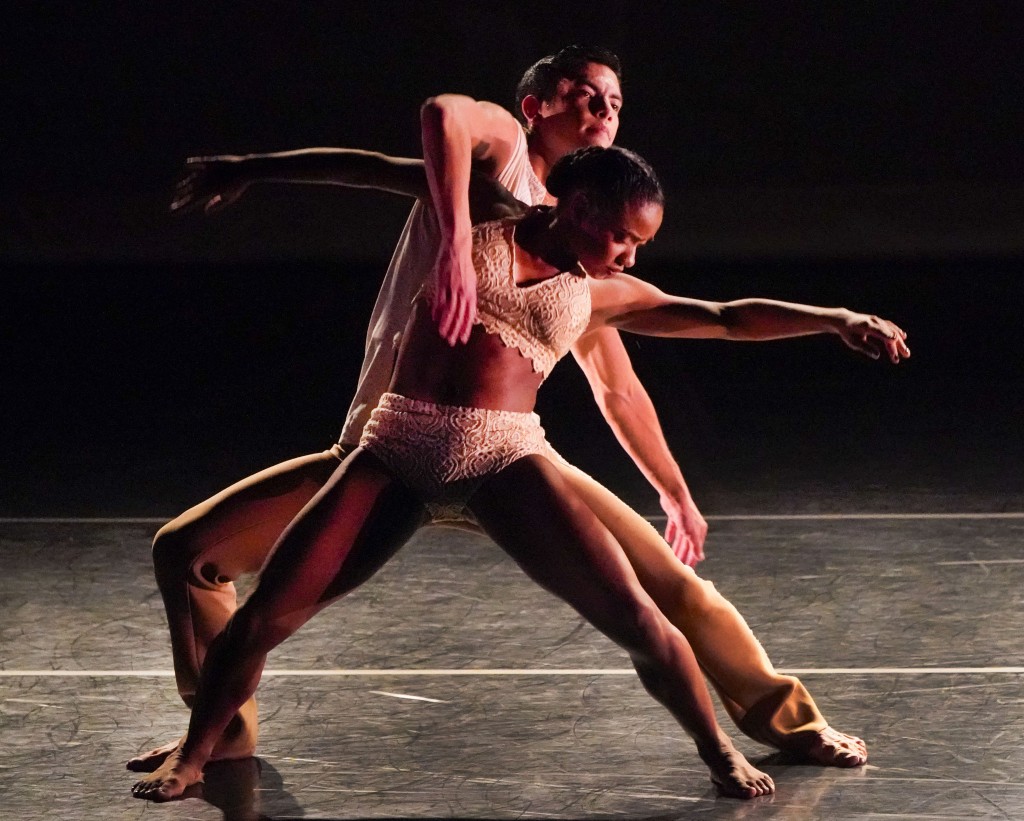 First up in the program was Con Brazos Abiertos, which translates to “with open arms.” In the very first scene, I thought they were mocking me because the girls were rocking my exact underwear that night! (Mine were by way of my mother; I don’t know their excuses.)

The entire number was lovely, but one section was particularly unique and fascinating. All the dancers wore billowing long white skirts, which they twirled with the aplomb that every single little girl in dance class can only dream of! 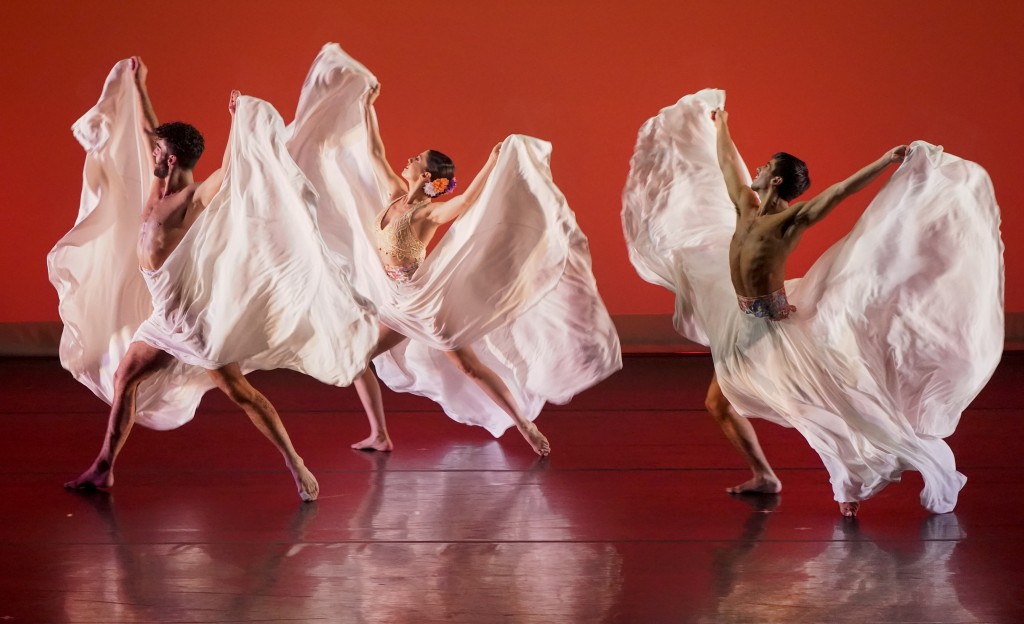 Parts of Act II, which was the most cohesive number, were reminiscent of West Side Story, which is always a good thing. Marc whispered the same thing to me. I found-out later that the title of the piece Tiburones, means “sharks” in English, so we actually got what they were putting out without knowing it! Other parts of it reminded me of my favorite class when I was a dance major at UCLA, Afro-Jazz. So I loved the entire piece. 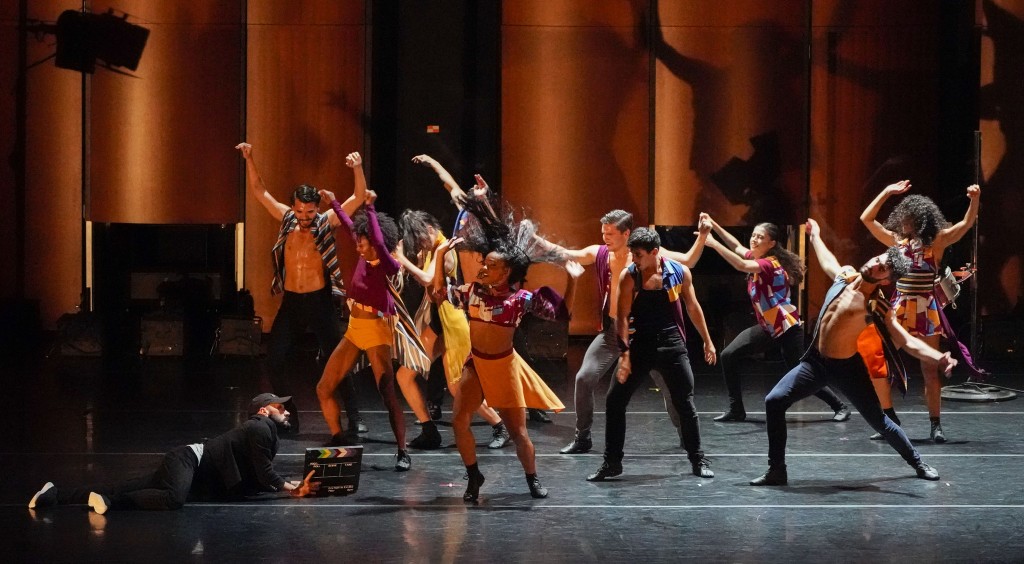 The third act, entitled 18+1, (or, as it’s known around here, my age,) featured the most Latin beats, such as the mambo. It was rendered even better by the usage of Pérez Prado’s music, especially his iconic song, Patricia. I adored hearing it again.

I think everyone knows by now how much I appreciate everything about the Wallis. But this time I so extra-appreciated that before the show began, one of their Artistic Directors came out to give us some auxiliary info. He said that the company needed an emergency replacement for that performance, so they flew a former member, Lenai Wilkerson, in for it…that day! I really enjoyed knowing that insider info. Both Marc and I occasionally tried to figure-out which one she was, but not successfully because the dancers were all so perfect that no one stood out as being less-rehearsed than the others. 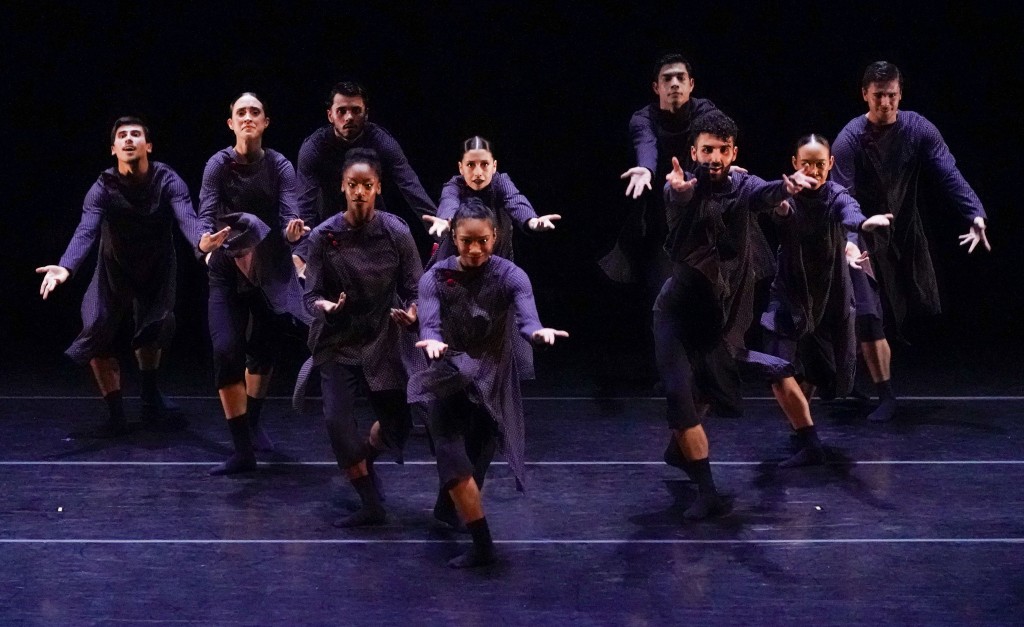 The Wallis is known for their special presentations, which usually means just one or two performances, so often, my reviews run when the shows are no longer available at that theatre. But you should still always be aware of the actual shows I’m reviewing, so you can keep an eye out for them when they return to that venue the next year, and learn about upcoming productions at the Wallis because they’re all of high quality.

To that end, I’m letting you know that another dance company, Body Traffic, of which I’m also a fan, will be at the Wallis next week-end, October 21 and 22, for three performances. Judging by their presentations I’ve seen in the past, I highly recommend every dance fan see this one.

For all the info on the Wallis’ shows, please check their site, right here: www.thewallis.org.