THE QUEEN HAS DIED

Along with much of the world, I’m crushed that Queen Elizabeth has died.

I have always been a fan of the Queen, since I was a little girl, but I’ve actually loved her for very many years. And my admiration has grown over the past two decades or so.

Her death yesterday happened really quickly. On just Tuesday, she was pictured welcoming the new Prime Minister, all dressed smartly yet casually, and all smiles. While she was taking care of that official business, little ole moi was at home, not even being able to get out of my PJs! Just one more reason to respect the lady. 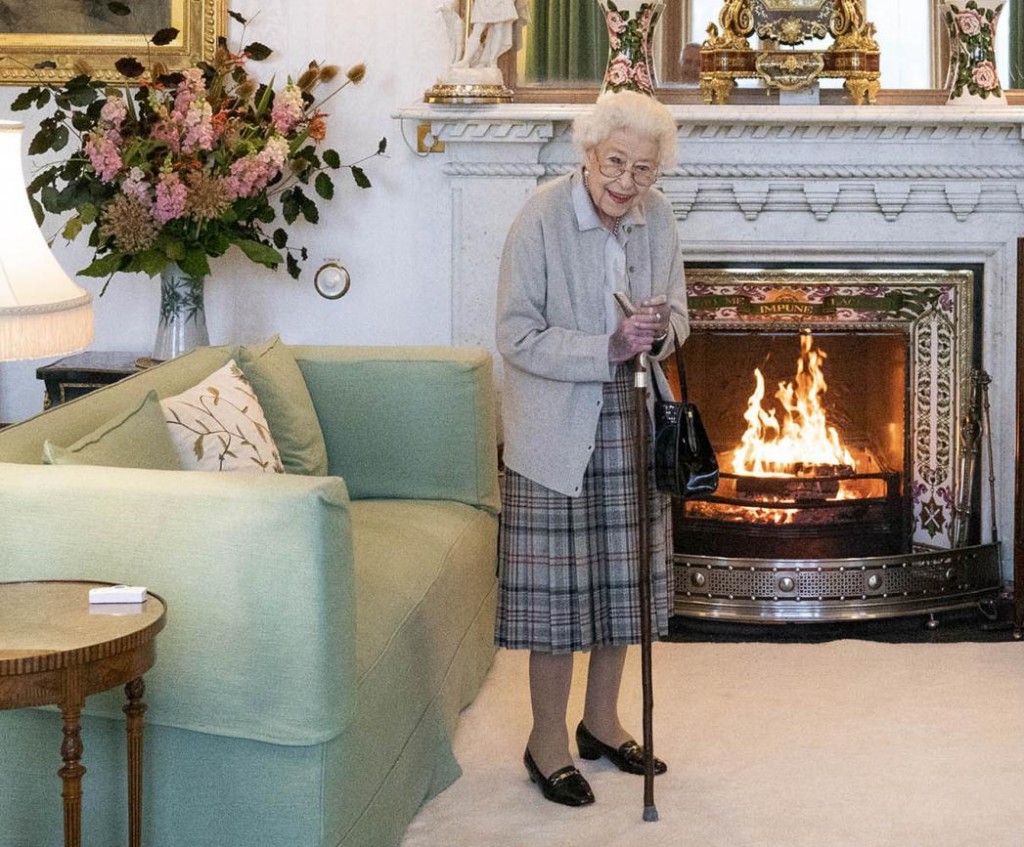 Queen Elizabeth just two days before she passed on!

Queen Elizabeth was one of my idols—always classy, lovely, intelligent, caring, and well-spoken. Or, as Canadian Prime Minister Justin Trudeau put it when he heard the sad news, “She was thoughtful, wise, curious, helpful, funny, and so much more. She was one of my favorite people in the world.”

Her Majesty is one of the only people in the world I wanted to meet, even more than I did Hugh Jackman. I’ve been worried about her since her beloved husband died last year. I even composed a missive to her, to post on Prince Philip’s condolence book. But it had already closed, so I planned to just send my note to her in a card, in case the person who does her mail would read it to her, (which I understand often happened,) just so that she’d know that even one more person in the world cared.  Sadly, because of the pandemic, I never made it to the post office. But, because she was so timeless, I always thought I had more time.

Even though she was ninety-six-years-old, it seemed that she would live forever. She had slowed down a bit recently, but still always looked great and vibrant. Heck, she was just riding her beloved horse a couple of months ago! 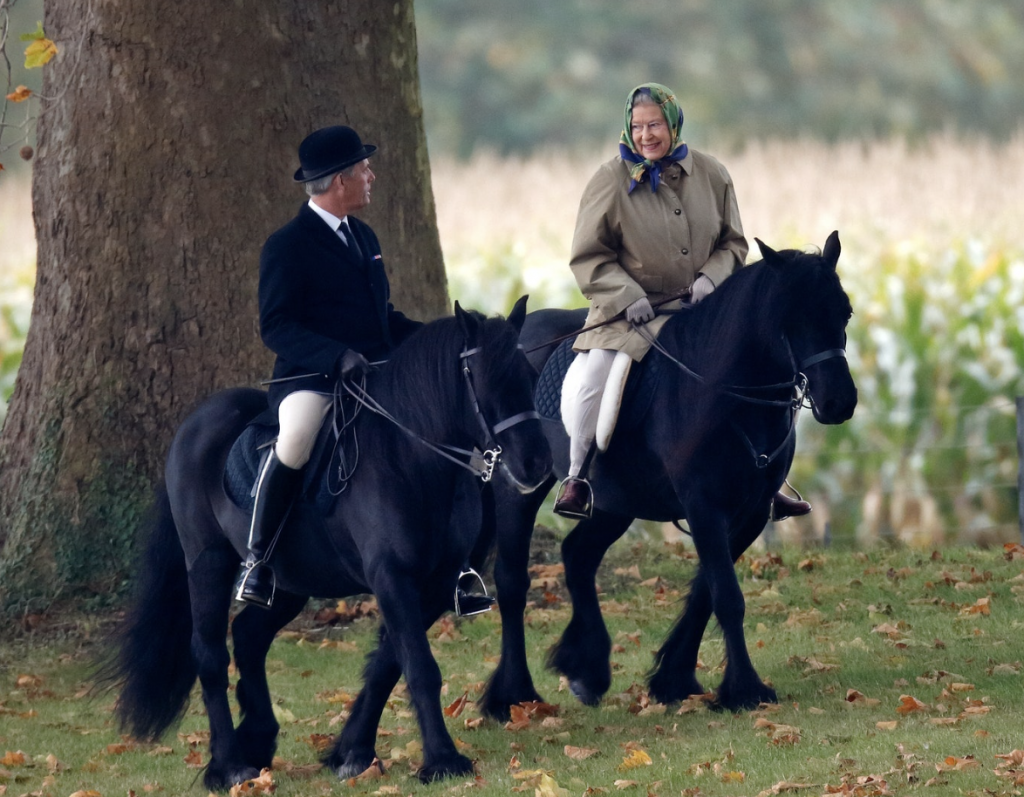 The Queen on a ride with her horse groom just this past June!

Still, for some unknown-even-to-me reason, I had been more concerned for her than usual this week. But, because I’ve been watching the US Open tennis non-stop for almost two weeks, and was always behind, I’ve been shunning all news so as to not find out any results that I haven’t witnessed for myself. But something woke me at 5:30AM yesterday morning, on very little sleep, and I felt compelled to check the Daily Mail,(don’t judge,) to see if there was any news of the Queen feeling better. And there was the shocking news that her doctor had told her family to rush to her side.

I couldn’t believe it; it just seemed that if she wasn’t feeling well, the Queen would either rally completely, as she always has, or hold on for at least a few more days. I had to get right out of bed and check on the news about her health every few minutes. And then I took off for my first event in a week and a half.

When I saw that Mr. X was calling me while I was out, my heart stopped—I knew right away that the Queen had died. 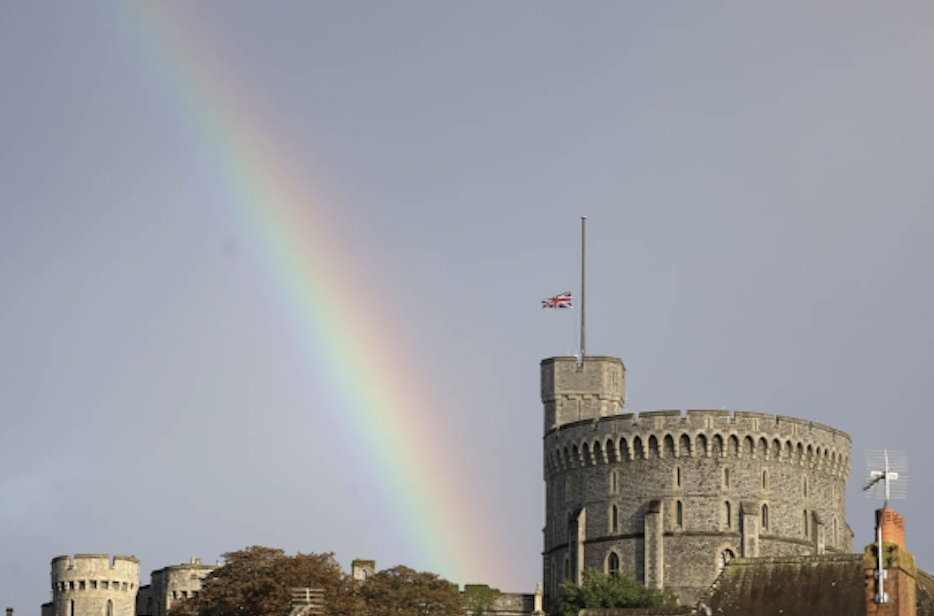 I skipped dessert, (which you know means I was incredibly upset,) and came home to write this tiny tribute to her.

But my head is spinning. I can’t get it together to write anything very coherent right now. I just wanted to pay my public respects to her as soon as possible. And I felt it would be just way too inappropriate to post anything else in this spot today, especially the planned article about certain people not being “stars” on a shallow dance show.

I’ll try to write a more heartfelt tribute to her in a few weeks, when I’ve stopped crying and have begun to wrap my mind around the woman who has been my only Queen in my lifetime not being such anymore.

But for now, even though I think the world will have a hard time adjusting to the world without her, I’m happy for Queen Elizabeth to finally be at peace and with her beloved Philip once again. 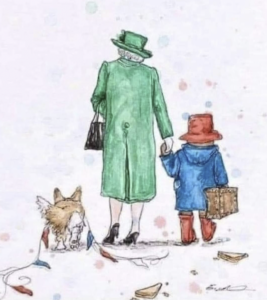 The Queen, Paddington Bear, and one of her beloved corgis. Enough said.

Two last things that I want to note today:

First is that, as much as I hate that she’s gone, I’m grateful that she went peacefully, and incredibly quickly, with her beloved family by her side.

The other is that at least one news channel showed the famous clip of Elizabeth’s twenty-first birthday speech, which reminded us of just how much class this woman has always been, even as a young girl. In it, she said, “I declare before you all, that my whole life, whether it be long or short, shall be devoted to your service.” And that’s exactly what she did. Gratefully, her life was very long.