Trending
You are at:Home»BASKETBALL»BASKETBALL: NBA PLAY-OFFS 2017, SO FAR
By Karen Salkin on May 10, 2017 · BASKETBALL

We haven’t even hit the mid-point of the 2017 NBA Play-offs, but there’s already been so much to discuss that I just can’t wait until the very last game to share my thoughts with you. (And I’m so proud of myself for finally getting all caught up with the games. I’ve watched every single second of the play-offs, including the studio analysis shows! And all that while going to multiple events most days and nights! No wonder I’m always sleep-deprived!) 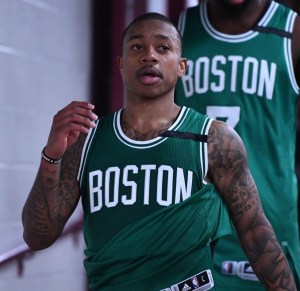 I’ll go in order in a little bit, but first and foremost I must spare not “a,” but “many,” thoughts for probably my favorite player, little Isaiah Thomas. In case you’re not a basketball fan, but like to be aware of the human interest stories, you can’t get more dramatic than this one. To begin with, Isaiah is beloved in Boston, where he’s a young Celtic.  At just 5’9”, in a game dominated by giants, everything he’s accomplished on the court is amazing. His play is so fascinating to behold.

But what happened to him recently is unbelievable, and not in a good way. And, as horrible as it all is, the timing makes it even worse. The day before the play-offs began, (Isaiah had led his Celts to the first place spot in the east, ahead of Lebron James and the Cavaliers, which is special enough,) Isaiah’s almost twenty-three-year-old little sister got killed in a car accident. The day before what was to be the best time in his life!

He was miserable enough, but made the excruciating decision to stay in Boston and play. He hasn’t missed a game. And his team, under his leadership, won their really tough first round series. So, that night, he flew to Washington state for the funeral, gave the eulogy, and flew back first thing the very next morning for an early afternoon game. And he was the first one in the arena! What a guy! 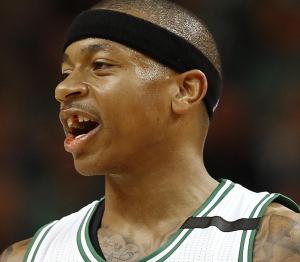 Isaiah Thomas, still playing, (and smiling!,) even after losing a tooth!

So, a few minutes into that first game of Round Two—you’ll never believe this—he hit a guy’s elbow with his mouth and…lost his front tooth! It fell right out onto the court. But he didn’t miss a beat. Isaiah finished the next two plays, and then looked around the floor, without making a fuss, and found the tooth! And brought it to the team doctor on the side, who tried to put it back in its place a little later on. (It didn’t work—the guy’s a doctor, not a miracle worker.)

So, the next day, Isaiah underwent a six-hour dental surgery, where he was even asleep. The day after that, which was the second game of that series that night, his mouth blew up, (because it turned-out that his nerve also flew out of the gum on that play, and it ruined two other teeth, as well,) so he had to return to the hospital for another four hour procedure! All in all, he had three front teeth removed and got a bridge installed, as a temporary measure. The poor guy has played in so much pain and discomfort ever since. (And that bridge even got cracked, when his mouth slammed into the court!)

On top of all that, that second game date would have been his sister’s twenty-third birthday. And he wound-up scoring fifty-three points in that game, the second most in franchise history! How is this guy doing it? I can’t even begin to imagine. Can you see why everyone in the know loves him?!

There were other issues for other players and teams in the past two weeks, but none worse than those Isaiah Thomas situations. 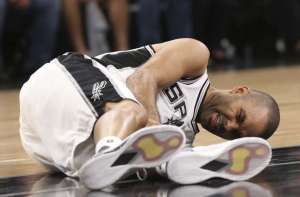 The next most horrible is what happened to the star of my favorite team, the San Antonio Spurs. They entered the play-offs as the second seed in the west, and have a Championship pedigree, so, even though I’m absolutely positive that the Finals will come down to the Golden State Warriors versus the Cleveland Cavaliers, anyway, no one should ever count-out the Tony Parker-led Spurs.

So, the Spurs suffered a soul-crushing defeat to the Houston Rockets in Game One of the second round.  They came back big-time in the second game of that series, due in big part to the play of Tony Parker. Near the end of the game, Tony jumped up to shoot the ball, and the second he came down, I knew it was bad news. He just crumbled to the floor, and sat there. I’ve never seen anything like it. He didn’t writhe in pain, he didn’t scream, he didn’t try to get up. I felt like his entire career was flashing through his mind; he knew something was terribly wrong. 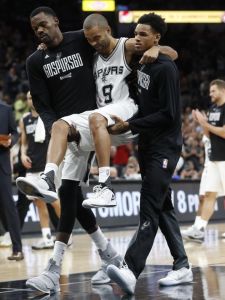 Tony Parker being carried off the court by his teammates.

And it was. I think we all knew it when his teammates had to carry him off the floor.  It turns-out that he ruptured a tendon in his quad and had season-ending surgery two days later. What a horrible turn of events for him, the fans, and the Spurs.

But I cheered myself up by thinking of it this way: maybe someone on his team will Shirley MacLaine it!  I have a feeling that I’m the only one in the world who would get, or even be interested in, that reference, but here’s my brief explanation: The now-iconic Shirley was a young understudy to the star of Broadway’s The Pajama Game. People adored Carol Haney, (I know—you never heard of her—that’s the point to this tale!,) and could not imagine the show without her. But when Carol broke her ankle, Shirley had to take her place for awhile, and her career took off from there. That need for someone to step-up gave the world a new star. So, that’s what I’m hoping will happen with the Spurs. 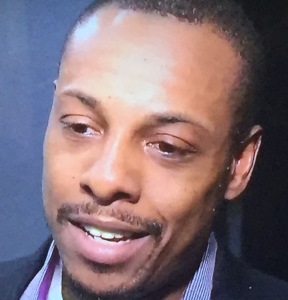 Paul Pierce, right after the final NBA game of his career! Photo by Karen Salkin.

The last thing I’m sad about is not that dramatic. Paul Pierce finally retired, after having won a Championship with the Celtics a few years back, when he was coached by Doc Rivers, who really disappointed me on this one. I’m happy for Paul that he got to finish-out his nineteen-year career with the Clippers, in his hometown of Los Angeles, once again being coached by Doc. As that final play-off game for the Clips wound down, I cannot for the life of me figure-out why Doc didn’t let Paul get his career props from the crowd.  I understand that Doc was still trying to win the game, and Paul wasn’t a part of that rotation for him, but we all knew that the end of the fourth quarter would have tons of quick starts and stops, so he could have put Paul in for one short spurt, just to take him out again and let him get the last ovation of his long career. That move, or lack of, was very disappointing to me. Paul really deserved better than that, especially from his former-and-current coach.

Now here are the rest of my NBA Play-off thoughts, in chronological order: 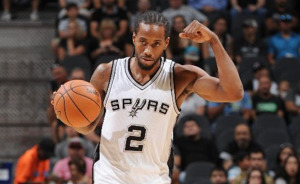 And I so admire forty-year-old Memphis Grizzly Vince Carter, for staying in the sport and doing what he loves, while having to take a much lesser role than he’s used to. He could have retired as a star years ago, and taken one of the sport’s glamour jobs, as an analyst or commentator. Or become a coach! He’s older than a few of the ones in the league right now!

I’m sort-of amazed that I saw Richard Jefferson and Quin Snyder as college players so many years ago, (which does feel like much more recently,) and now they’re both grown-up, one a commentator, the other an NBA coach!  Oysh.

While I’m on the subject of Quin Snyder, I think it was really disrespectful of commentator Doug Collins to continually mispronounce his last name as “Schneider!” As I was tweeting my disgust about that rudeness, I noticed several others were doing the same thing. But Doug never addressed the topic. 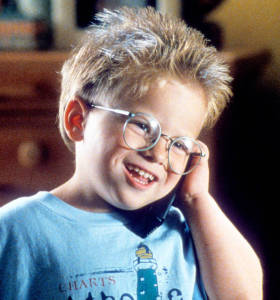 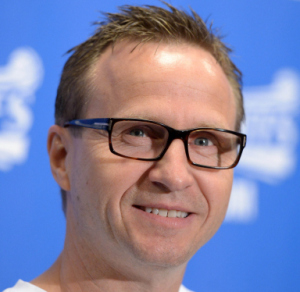 Here’s a little mirth in the midst of all this sadness: Mr. X pointed-out that Washington Wizards coach Scott Brooks looks like a grown-up Jonathan Lipnicki. (At least the kid was was in a sports film, Jerry Maguire, so he kept the reference in the genre.) 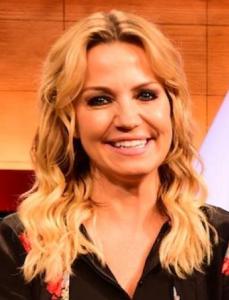 Michelle Beadle’s dirty hair…and this is far from as filthy as it usually is! (I didn’t take any pix of the worst of it because I feared they would break my camera!)

ABC and ESPN studio host Michelle Beadle constantly has the most filthy hair! On-air! It’s bad enough that she doesn’t know any better herself, but what about her hair and make-up people??? Maybe that’s why they work in the sports field, rather than the more glamorous show biz ones. Ugh. It’s just disgusting, and makes it hard to listen to what she’s even saying. Somebody—get that woman some shampoo already!!!

And lastly, (for now,) I feel awful for Oklahoma City Thunder star Russell Westbrook; he needs better support. And he also needs to remember that basketball is a team sport; meaning he really needs to trust his teammates a bit more. In a couple of his team’s play-off games, Russell kept trying to do it all himself, even when he was clearly out of gas. So, next season, let’s hope he has some better players around him. 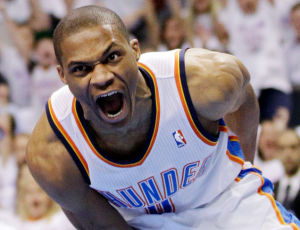 And he really needs to be less selfish. He needs to study LeBron James, who makes all the other guys better players. But, as Michael Jordan said back in the day when his Bulls didn’t win the first time, “I can’t do it alone.” Russell tries to do alone, but he just can’t. And he shouldn’t even try, anyway. What he really needs is a great teammate. Or two. Even Michael had Scottie Pippen.‬

By the way–none of these early rounds really mean anything this year, anyway–it will be the Cavs vs. the Warriors again in the Finals. You can bet on that!

[And major congrats to Charles Barkley, my favorite, on his Emmy for Best Studio Analyst at this week’s Sports Emmys! (He’s actually a “turrible” analyst, but he’s so fun! He’s the only reason anyone wathces that show!)] [That’s Charles at the top of this page, being “congratulated” on a previous win.]