As you may know, I love, love, love basketball. And now that the 2022 season has all been decided, including all the different kinds of MVPs, (Most Valuable Players,) I have to weigh in with a category no one else has ever come up with. At least, not publicly.

One thing the NBA does towards the end of every post-season is declare the “All-NBA” teams, such as best, in general, at every position, and All-Defensive teams. 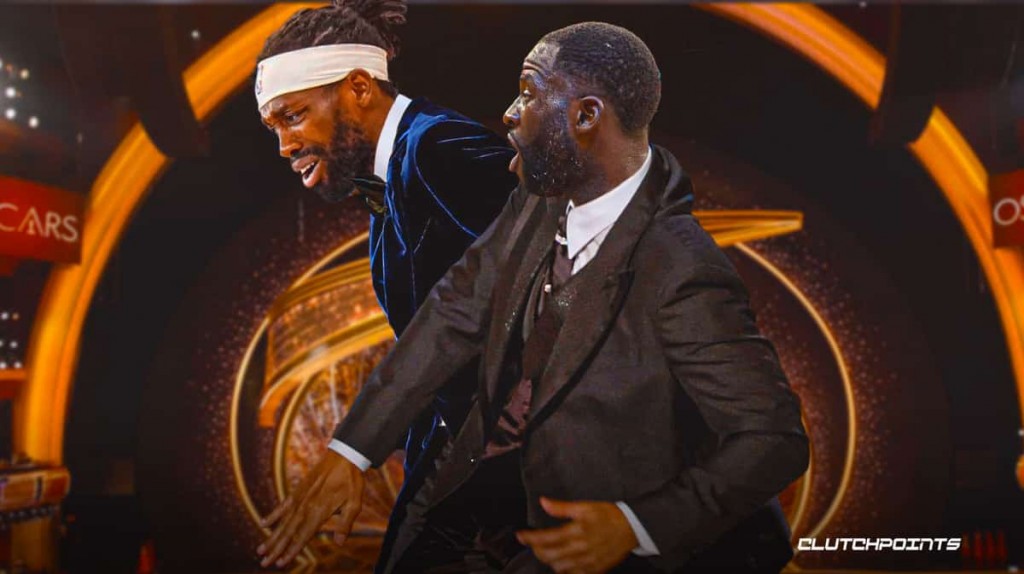 Whoever put this together, with Draymond Green bitch-slapping Patrick Beverley, is a genius!

Since there are several players who Mr. X and I absolutely abhor, I decided to name my “All-Little-Bitch Team” for the first time ever. Sadly, only five guys can be on a team, even an imaginary one, but I decided to double-up in the case of equally despicable twins. (After all, they don’t like to be split-up, so I’m doing them a favor.)

Okay, let’s see just who made my team. (And if you need more deets, I discuss it a bit in my recent all-inclusive Sports Report video on my YouTube channel, right here: www.youtube.com/watch?v=OXlnN5DiK9k&t=7s.)

1) The absolute #1, without a doubt, is that little bitch Draymond Green of the Golden State Warriors. He’s downright despicable. And he’s just about universally despised. I don’t think I’ve ever seen so many dirty, creepy, and just plain sneaky plays from one player in all my decades of watching basketball. And then, during these latest play-offs, he “earnestly” explained why he didn’t really do whatever it was he was rightfully accused of. Please. 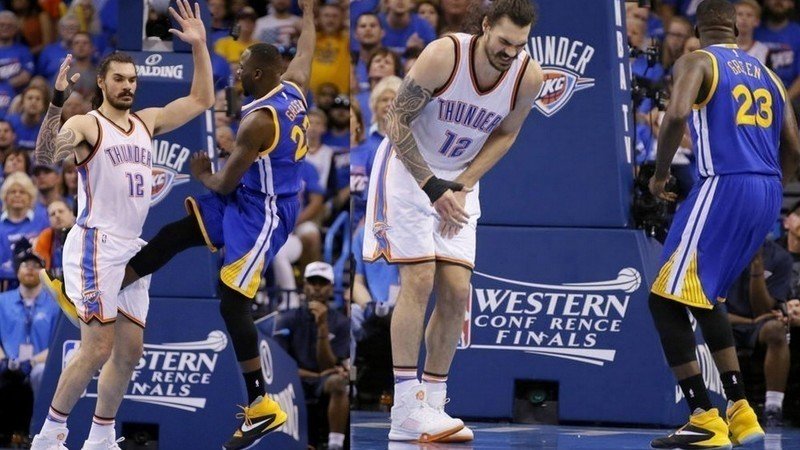 Draymond Green kicking opponent Steven Adams in the family jewels. Just a normal day at the office for Green.

Even the Inside the NBA panel, who have to say they back him, (explanation in a sec,) were incredulous at his feeble, lying explanation. Unfortunately for all of us, (even Warriors fans, who would hate Green if he was on any other team,) Turner Sports seems to have hired him already, to join their studio team when his playing days are over. When the Warriors didn’t make the play-offs last year, he joined their commentating panel, and was awful, with his horrible voice. I was almost relieved when his team finally made the post-season this year, just so I wouldn’t have to listen to him.

2) Kyrie Irving—This is a shock to even me, but Mr. X and I (and Stephen A. Smith, as well,) now hate Kyrie even more than we do his fellow Brooklyn Net, (for just a little while longer, it appears,) Kevin Durant!!!  And even more shocking is that they will both most likely be traded away from the Brooklyn Nets. And…the Lakers might wind-up with the two of them! 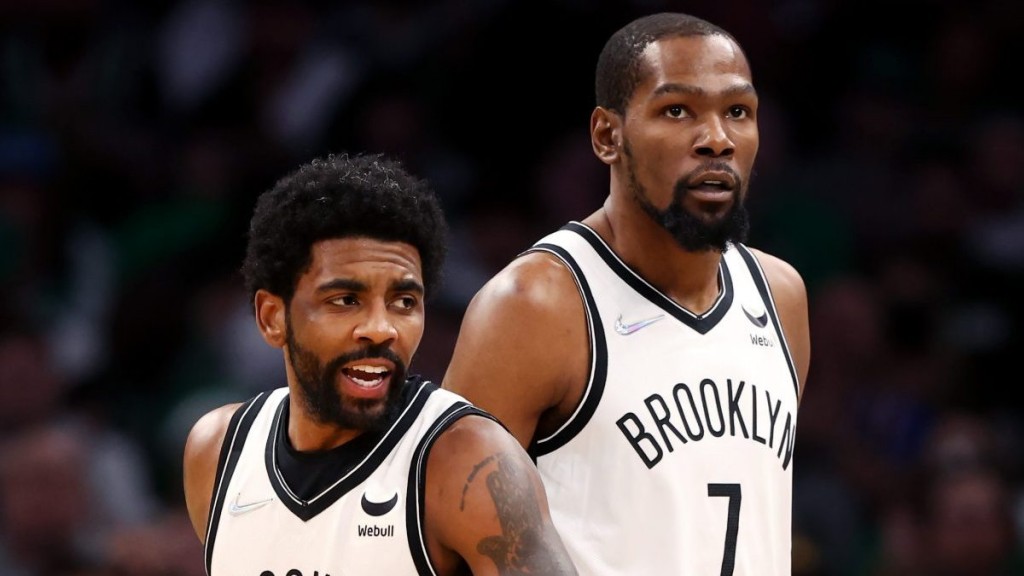 Kyrie Irving and Kevin Durant, both trying to leave the Brooklyn Nets after just assuming that their pairing on that team would win them multiple championships in the past few years. (They haven’t even gotten close to ONE, by the way.)

How crazy is that??? Those two could not make a go of it with the Nets, so why do the Lakers think they’ll work better in LA? And crazy Kyrie hated being second to LeBron James on the Cleveland Cavaliers, so why does anybody think he’ll be happy being second or even third to him now??? 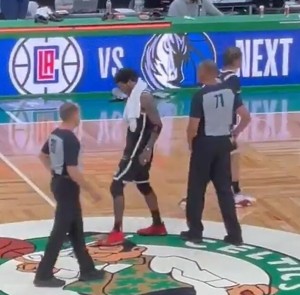 Kyrie Irving going back to defile the logo of his former team, the one that HE left on his own, after his new team beat them in the play-offs. Disgusting behavior, especially for a pro player.

Besides that I really don’t see any greatness to the dude, he’s just creepy. And not even close to a team player. First is his disgusting disrespect of his former team, the Boston Celtics, in last year’s play-offs, (which you can still read about here: itsnotaboutme.tv/news/sports-thoughtsbasketballtennis-awful-sports-behavior-all-the-way-around-this-week.) And perhaps worse—Kyrie refused to get vaccinated, so he had to sit-out all the Nets’ home games this past season because of the Big Apple’s rightful Covid rules. He knew his stance was hurting his team, but he didn’t care. (Just look up some of what Stephen A. Smith has said about that situation.) So why would any team want him on theirs, outside of my All-Little-Bitch one? 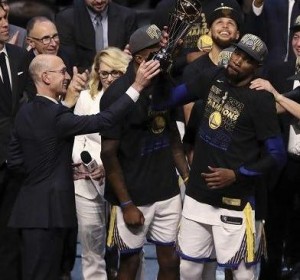 3) Kevin Durant—While he’s not one of the dirty players, everything else about him reeks of bad news. Last year, he even obnoxiously reprimanded the reporters in a post-loss press conference, “I’m Kevin Durant. Y’all know who I am.”

There’s nothing I like about this guy, including that he thought he was better than the rest of the Golden State Warriors, but his one creepy move that I wrote about a few years ago almost moved KD to the top of the list. His abhorrent behavior is too long and egregious to write again here, so please read this to see how rude he’s been to just about everybody!: itsnotaboutme.tv/news/karens-rantsbasketball-kevin-durant-did-not-apologize.

4) Patrick Beverley—Patrick is one of the men for whom I thought-up this team to begin with, but when I saw an interview with him a week or two after his team was defeated in the first round of the play-offs, I sort-of changed my mind. He was actually sort-of charming. 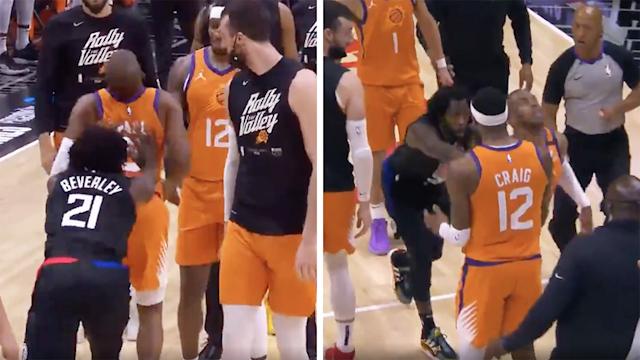 Patrick Beverley (#21 in black,) dangerously blindsiding opposing player Chris Paul by shoving him hard in the back!

But he still makes my All-Little-Bitch Team because of his on-court antics. He’s always acting crazy, yelling at people, knocking the ball out of their hands after the whistle, arguing, and being awful in general. But when he very dirtily pushed Phoenix Suns star, and legend-in-the-making, Chris Paul really hard in the back during the recent play-offs, that was the last straw for me. And that’s when I came up with my All-Little-Bitch Team. 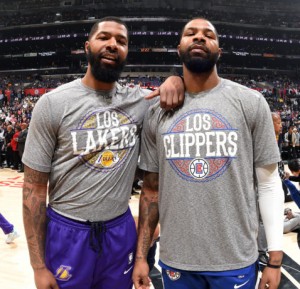 The Morris Twins a few years ago.

5) The Morris Twins—This is the two-for-one entrant to my All-Little-Bitch Team. There are so many reasons to dislike the Morris twins, Marcus and Markieff, chief among them that they both always seem to be in the middle of on-court scuffles.

And then, seven years ago, they were charged with beating-up a former friend. They got off a couple of years later, but from everything I read, they did it. Go figure. Marcus had also punched-out another man a few years earlier. Classy guy, eh?

Speaking of that twin, he insists on being referred to as “Marcus Morris, Sr.” When I heard it the first few times, I could not figure out how he was old enough to have a son in the league, with whom he would be confused, so they would have to sue “Jr.” and “Sr.” And then I discovered that Marcus had a baby son, who is “Jr.,” so he added the “Sr.” to his name. How pretentious!

So there you have it! My 2022 All-Little-Bitch Team. I really hope that all the players will behave themselves next season so I don’t have to name my 2023 edition of the team, but I have a feeling the roster will remain the same. Perhaps just on different real teams. We will see. (And don’t forget to watch my Sports Report video on my YouTube channel, right here: www.youtube.com/watch?v=OXlnN5DiK9k&t=7s.)