Even though this is the fourteenth year of the LA Jewish Film Festival, it’s only the third one for me. But better late than never because they always come up with fascinating fare. 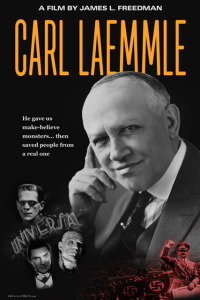 And this year is no exception. The Opening Night Gala will feature a new documentary about Carl Laemmle, who founded Universal Studios. (And yes, that is his fam’s name on movie theaters all over LA.) Laemmle is of significance to Jewish people because he was a WWII hero; he brought hundreds of Jews out of Germany during that horrible time in history. I can’t wait to learn how he accomplished that. On a personal note, I just spent an afternoon with a few members of his family a few weeks ago, so now the doc will be even more interesting to me.

On that same evening, prolific director Peter Bogdanovich will receive The Marvin Paige Hollywood Legacy award. He’s actually part of that Laemmle documentary and will be one of the people speaking after the screening. I have a feeling that he’ll be entertaining—he has so much show biz history to discuss!

Of course, as always, the Opening Night Gala will feature food and celebs, (and me in the audience,) so you don’t want to miss it, no matter your ethnic persuasion. It will be held in Beverly Hills at the Ahrya Fine Arts Theater, with the rest of the festival taking place in several venues all over town. (The link to all the info on the LAJFF is at the bottom of this preview.)

The LA Jewish Film Festival features many films of eclectic interest. I actually want to see them all! Here are some of what I consider to be the highlights: 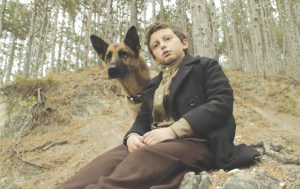 There’s Shepherd: The Story of a Jewish Dog, which stars—guess what?—a dog. So Mr. X would love this one, even though he’s far from Jewish. (I know—all of you who have watched him on TV over the years just assumed that he is because he always plays Jewish characters! But that’s just how good an actor he is.)

And the festival will also feature the biological drama, Skin, which I predict will be an important film this upcoming awards season; it stars the excellent Jamie Bell. Oscar Winner Guy Nattiv, who wrote and directed it, will do a Q&A afterwards. I have a question for him—why did he name both his recent films—one short, one long—Skin, even though, while both dealing with bigotry, they’re totally separate entities?! (Because of that duplicated title, some people erroneously think that one is just the longer version of the other. I understand the confusion.  So why could not Guy???) 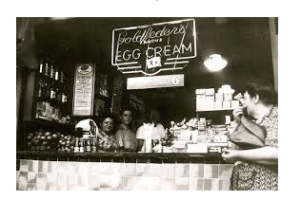 And for foodies such as myself, there’s Chewdaism: A Taste of Jewish Montreal, which looks like fun. Mr. X and I actually lived in that city twice, for a few months each, when Mr. X did shows up there, and, trust me, I could not find so much as a bagel in the category of foods of my ethnic persuasion. So I’m extra-curious to see what these guys have come up with; I have a feeling the culinary scene there is much different nowadays. And that film is preceded that day by a short film that I expect to love because it’s about my mother’s favorite beverage—the iconic E-word Cream! I’m hoping to finally discover the derivation of its moniker since it contains neither e-words nor cream! To make the whole presentation even more festive, they’re serving comped bagels and e-word creams to the entire audience that night! 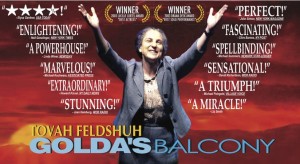 The LA Jewish Film Festival closes with something very special. It’s the filmed version of Tovah Feldshuh’s classic show, Golda’s Balcony, which has the distinction of being the longest running one-woman play in Broadway history. In it, she portrays Israel’s former Prime Minister, Golda Meir, and will attend this screening. (Can you guess why I’m familiar with her?  Because she plays the mother of the Crazy Ex-Girlfriend, of course!)

I hope to see you all at the Festival. Come up and say hi, unless I’m biting a bagel at the time!

For more info and the schedule of all the screenings, please go to www.lajfilmfest.org.