Trending
You are at:Home»MOVIE REVIEWS»UPCOMING/MOVIES: “HAPPILY EVER AFTER” SERIES OF DISNEY CLASSICS AT THE EL CAPITAN!
By Karen Salkin on January 23, 2019 · MOVIE REVIEWS, UPCOMING

“HAPPILY EVER AFTER” SERIES OF DISNEY CLASSICS AT THE EL CAPITAN!

As not only a princess myself, but also the proud owner of several classic Disney animated films, (probably on tape, even more than DVD!,) I can still say that they all need to be seen on an actual theatre screen, with a great sound system, at least once in your life. 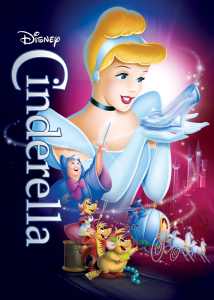 And Hollywood’s El Capitan Theatre is giving us just that opportunity for the next month or so. Since I’m the biggest fan of “happily ever after”s, I haven’t been this excited about anything in quite awhile. [Note: The photo of the theatre’s marquee at the top of this page is by Karen Salkin.]

The five movies we’ll have the opportunity to see are The Little Mermaid, (whose run has already begun,) followed by the one-night-only special screening of Sleeping Beauty, and then Beauty and the Beast, my fave Lady and the Tramp, and finishing up with Cinderella, which is the one of the group that I have never seen on a big screen! I can’t wait to see what animation was like in 1950! Can you see why I’m jumping out of my skin for this El Capitan “Throwback” series??? 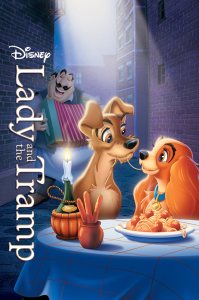 Mr. X is known for giving me the most incredible and thoughtful holiday gifts always, but one year was extra-special.  That one Christmas, he gave me a credit card, (with my name but his card number, meaning that he would be paying all the bills I rang-up on it!) And he also gave me a VHS of Disney’s Lady and the Tramp.  And even though my friend Sherry, in her thick Brooklyn accent, deemed the credit card to be “like an engagement right, only bettah!!!,” the one that made me cry my guts out (from happiness) was, of course, Lady and the Tramp!  (Have you met me???)

We are not a mushy couple at all, so therefore, we rarely celebrate Valentine’s Day.  But for one of the very few that we did, it was a trip to the El Capitan to see, of course, that romantic film.  And the theatre made it sooo special, which I’m assuming they will do again this go-round.  Before the movie, Mickey and Minnie waltzed for us, and then showered the assemblage with red-and-pink heart confetti!  Mr. X and I followed the screening with a sundae at the soda fountain next door, (which I totally know should have been spaghetti and meatballs, to emulate what Lady and Tramp did,) and it was truly the best Valentine’s Day we’ve ever had! 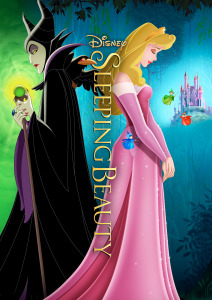 I can’t wait to re-live that experience again this year, and make new memories with the other four Disney classics.

But, out of all of those oldies-but-goodies, the scene I absolutely cannot wait to see is the one in which the fairies vie to turn Aurora’s gown into the colors they each want, and it winds-up being half blue and half pink! I actually got goosebumps telling Mr. X about that part just now. And Malificent has got to be seen on the El Capitan screen! So I hope to see you all there for Sleeping Beauty.

Actually, I hope that we all make it to all five features! After all the heavy-duty films I’ve been viewing in order to fairly vote for the Screen Actors Guild awards this week, I really need to see some happy endings right about now. And now one does that better than Disney. And no one does Disney better than the El Capitan!

For more info on it all, (including the dates and times of the character Meet-and Greets, and other special treats,) please go to www.elcapitantheatre.com.