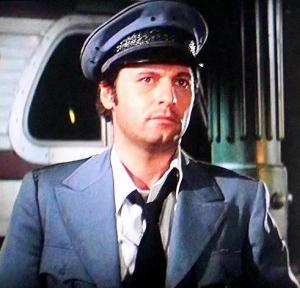 For me, Joe Bologna was more than just a wonderful actor.  He also made the absolute best pasta sauce I have ever had in my entire life!  Every time I saw him, I begged him to market it, to no avail.  He kept the secret to himself, for his and his family’s own special occasions, which he had every right to do.  But I think all fans of his many works, (especially two of Mr. X’s favorite films, The Big Bus [photo to the left] and My Favorite Year,) are just grateful that Joe shared his comedic talents with us. 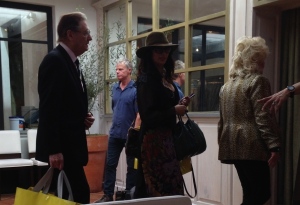 Joe Bologna on the left, and his wife, Renee Taylor, on the right (with an interloper in-between them,) walking into an Oscar luncheon in 2015. Photo by Karen Salkin.

Of course, I’ve always known of Joe Bologna.  Such a funny actor.  But when I met him, I was even more impressed.  I had been invited to a pizza party at the home he shared with his beloved wife, Renee Taylor, to celebrate an Emmy nomination for her.  He was so proud about that.  Actually, they were always so proud of each other.   I’ve always admired them for being so entwined.  I can’t even imagine one of them without the other. They were such a team, one I lauded many times in my Celeb Sightings columns. I bumped into them often around Los Angeles, even as recently as May of this year, when I helped them as they walked into a Beverly Hills deli. I can’t believe that that was the last time that I’ll ever see Joe Bologna. 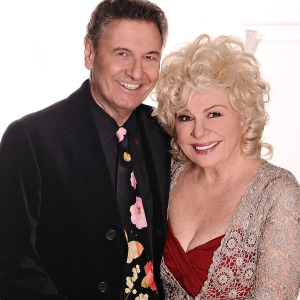 I’m glad that I got to spend a lot of time with Joe at an Oscars luncheon just a couple of years ago, and he was as charming as ever.  We had a lovely chat about how to have a successful, happy relationship, which he said is a rarity even outside of show business. He told me that he and Renee would be celebrating their fiftieth wedding anniversary later that year! Wow! I’m so glad for them that they got to do that, plus two more.

My heart goes out to his soulmate, Renee Taylor, and their family.  Joe will be truly missed by friends and fans alike.