On Tuesday night, I did something I very rarely to do—I looked at an email on my phone. There was a headline from a show business newsletter, and because it was in such a small space, the title was cut-off. All I read was “Carol Ann Susi, Big Bang Theory…”. 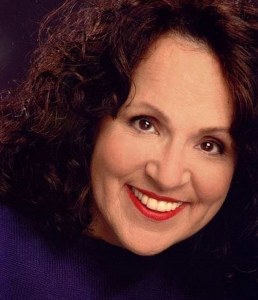 Since she was my old pal, I immediately thought, “Oh, great—they either bumped her up to being an on-screen character, or she got a new pilot!” So when I clicked over to see the story, and saw the awful news that she had died, I literally gasped out loud. It was a shock, to say the least, and such an awful shame.

At the beginning of my career, Carol Ann and I were two of the very few female members of the Laugh Factory Ensemble, their resident improv troupe. Both being Brooklyn girls, we immediately bonded. She had already been in the business for very many years, and had worked quite a bit. I had grown-up being told that you’ll never get a job in show business if you sound like you’re from Brooklyn, so I was very confused by her. No one sounded more New York than Carol Ann Susi!

So I was thrilled when I heard her less-than-dulcet tones calling through the walls of the Wolowitz home on The Big Bang Theory. I didn’t even have to look at the end credits to know just whose voice that was. I was so happy for her.

So I’m especially sad that, just when she was getting extra successful, she left this level of life. But I’m glad that her last decade or so was definitely happier than the year we spent together doing improv! Whenever I bumped into her, usually at commercial auditions, we’d laugh about how crazy that experience was.

One entertaining note: Every time I saw her in the past several years, she had something else going on, which amused me. The last time, she was selling her homemade jams at a holiday fair at Screen Actors Guild headquarters. I tried to buy one from her, but she insisted that I just take it, telling me to just “review it” for her!

I can still hear her saying in that inimitable voice of hers, “So, Kah-ren, how ya doin’?” And then she’d give me some Brooklyn-Italian philosophy of hers. We always parted laughing. And that’s how I’ll always remember her. Or should I say “rememba ha?”