I’m still upset over the shocking death of Alan Thicke last week. He always seemed so vibrant and healthy that no one could have possibly expected it. 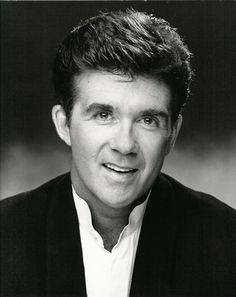 Alan Thicke when I met him.

I hadn’t bumped into Alan in several years, but he made a quite an impression on me when I did in the past. I used to see him frequently back in the day, and he was never less than lovely to me. And very sweet and fatherly.

The first time I met him was after I had turned down about a zillion offers to do his late night show. They wanted me to be either a regular guest or a member of their comedy troupe, alongside my good buddy at the time, Arsenio Hall. (Yes, Alan was way ahead of his time, as was I, so we were simpatico.) They begged me to, at the very least, do a one-time guesting spot. (By the way–I do regret turning it all down, but I was very young, and had not the best show business advice. Everyone was pulling me in different directions at the time.)

Alan and I were at a big Hollywood soiree that night of our first meeting, and when I saw him walking over to me, I panicked, thinking he was going to reprimand me for turning him down. But, to my surprise, he said, “Hi, Karen. I’m Alan. And I want to tell you that I totally understand your not doing our show. I would have done the same thing in your position.” And then he patted my arm in a soothing and fatherly way, and we chatted for a bit. I immediately liked the guy. I think everyone who ever met him feels the same way. 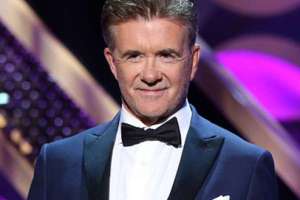 I saw Alan many times after that. He once invited me to a party at the gorgeous home of a good friend of his, and he introduced me to his sons. (Little did I know just who Robin Thicke would become!) And, in all those encounters, he never once hit on me. (He was just about the only male who didn’t in those days! So, I gave him extra props for that.) He was just a sweet, lovely man. I don’t think he had a mean bone in his body.

A friend of mine just reminded me of this story the other day: Several years ago, a few of us were at Orso, for the after-party of a Springsteen concert. I spied Alan with a group of people, and went over to tell him how much I had always appreciated how he had treated me that first time we met, (the story I just told you above,) and he was very appreciative. He said, “That’s the nicest thing anyone ever said to me.”  So, we had a mutual admiration society going.

And I had assumed we’d keep it going much longer. I feel really awful that he’s gone now. My heart goes out to his big family, his friends, and fans around the world. He’s already missed.