Even though he was eighty-nine, I was a bit taken aback when I learned that film producer Robert Evans died last week. He was just one of those public figures you assume will always be around. 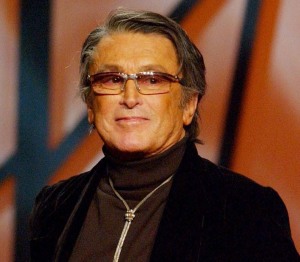 I knew him only briefly, when I was a young actress, but he was always so nice to me. I met him in Malta, on the set of a really bad film that Robert was producing and I was due to be in. I wound-up being in a car accident instead of the movie, so I had to stick around for a few months, anyway, due to my cracked ribs from the car crash. And let me tell you, hardly anyone on that set was nice to me, (I’m assuming because they felt there was nothing to be gained from my good will.) But Robert Evans was one of the very few exceptions.

Robert was high man on that set, and I was low man, so that was especially kind of him. And he wasn’t being a sleazebag who was after me. Heck, I wasn’t even good-looking at that particular time in my life. He was just nice. 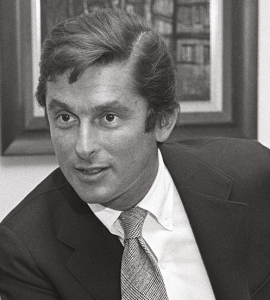 A young Robert Evans. How handsome!

He became friendly with a mutual pal of ours on the set. And when all three of us were back in LA in time for the Oscars, he invited me to watch them at his house. When I declined, explaining that I had plans to watch the show with other pals of mine, because I didn’t like to watch with crowds, he assured me that it would be just him, that mutual guy pal, me, and…Bob’s mother! He knew that I would be uncomfortable alone with just the two men. That was very darling of him, and I’ve always appreciated that thoughtfulness, especially nowadays in the light of how other producers have treated young actresses in general, and me in particular.

But despite that wonderful invitation, I would not flat-leave my friends I had committed to. Every year, when the Oscars roll around, I actually reflect on that decision again, and lament a bit the fact that I missed viewing those long ago ones at Robert Evans’ house. But although I always know that I made the correct choice back then, sometimes a small part of me had hoped that I would get the chance again down the line.

And now, of course, I will not. But I will forever carry the kindness of Robert Evans in my heart. In my limited experience with him, he was one of the good ones.