One of the most prolific playwrights/screenwriters of all time left us recently. Even though Neil Simon was ninety-one years of age, his death still came as a bit of a shock. I’ve always thought of him as sort-of immortal, perhaps because his works are such classics. 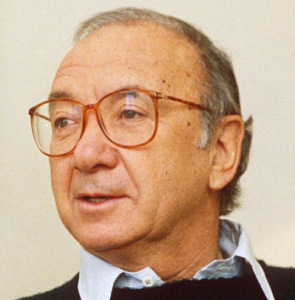 I met Neil several times over the years. I was surprised, as a young woman, when he accompanied some of our mutual friends to a couple of show business fetes, and I got to show him around. He was actually more fun than his public persona let on.

In addition to having known Neil a bit, I spent a bit of time with two of his wives back in the day, so my heart goes out to them now. His two-time ex-wife, Diane, guest-starred on one of Mr. X’s television series, and his widow, Elaine Joyce, used to date the star of that same show, so we socialized a bit back then.

I’m a fan of many of Neil Simon’s works, none moreso than the adorable musical comedy, Playing Our Song. I loved it first on my own, but then Mr. X got offered the lead role on Broadway, after it had already played for a few years. He couldn’t get out of his TV show in time to accept, but he did agree to do the National Tour in Toronto, where his family lived. 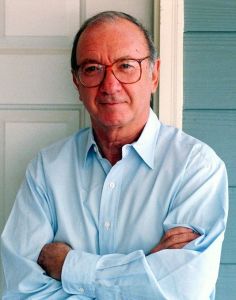 And that experience meant that Neil Simon was responsible for one of the proudest moments of my life. I was backstage during one of Mr. X’s early performances in his show, when I saw the executive producer of the show, Manny Azenberg, go into an office. I started to follow him to say hi, but then he got on the phone…to Neil! I didn’t want to intrude, so I hung back, and listened for when he would hang-up so I could go in to chat with him. I didn’t mean to eavesdrop, but I was thrilled to hear him say about Mr. X, “Neil, you should see this. This guy is great—he’s getting laughs where you didn’t even write any!” I couldn’t wait to bump into Neil again to kvell over that I was Mr. X’s girlfriend, because up until that point, I knew him just on my own. (And to Neil’s credit, when we did speak about it later on, he was happy that Mr. X had found a bit of extra humor in his script, rather than being upset about it, as I assume other more egotistical playwrights might be.)

I had not seen Neil for several years now, but, whenever his name is mentioned anywhere, in print or in conversation, I’m always so pleased, and sort-of surprised, that I actually knew him!