Music lovers the world over are mourning Little Richard right now. He passed away this week-end, after living a long, very colorful life. After all, who was more flamboyant or interesting than this music icon?! He was way out there decades before anyone else was. What an original! 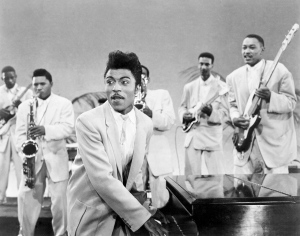 Little Richard in the early days.

I actually had the great fortune to not only meet this rock and roll legend, (not once but twice,) but to work with him, as well! (You will never guess on what. Maybe start trying to figure it out now, before you continue to read this tribute.)

The first time I laid eyes on Little Richard in person was at a concert. I never got to go to many concerts when I was young, despite growing-up in New York. I had so many other activities, and my parents didn’t like me going to the city for nighttime endeavors. But I had never felt the loss in my uber-packed teen-age life. And then my great friend Jill took me to Madison Square Garden one night to see Little Richard perform. And I was amazed by him. (Actually, I think that one of her suitors took both of us. That’s the way we girls rolled back then. And always, actually.) 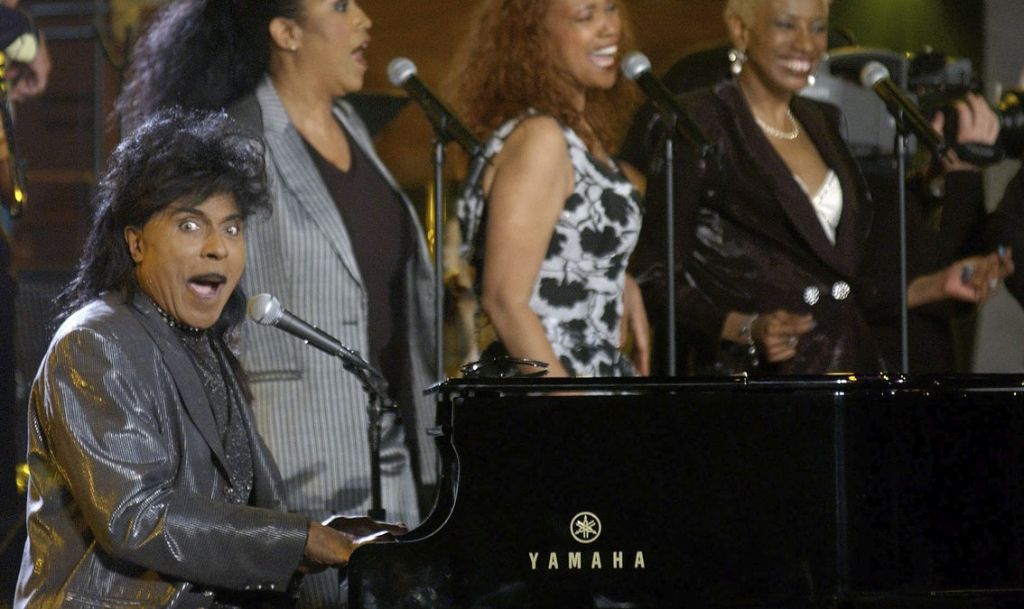 Little Richard further along in his legend.

Then the first time I met Little Richard was at the Hands Across America funds-and consciousness-raising event. I had just started doing my TV show then, so I was thrilled to be invited to take part in the Beverly Hills section of the nationwide hand-holding chain. And then lo and behold, who came right over to me to hold my hand but Little Richard! I could not believe it! I have a feeling that we turned-out to be one of the noisiest areas of Hands, and definitely the most fun one, all because of Richard. It was a miraculous experience to hold his hand for those fifteen minutes. What a gift from the universe that was. 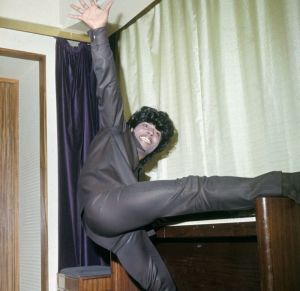 Little Richard in his signature move.

But the second time I met him is the one that is astonishing. Little Richard and I worked together on…Candid Camera!!! No lie. I was a regular “prank puller” on one of the later iterations of that classic TV show. [Sidebar, just so you’re not confused: I wasn’t on there very long because I had to stop doing them after about a handful of episodes because too many people were recognizing me from my show, and therefore knowing something was up. For example, I posed as a manicurist for one of the gags, and not only did just about every customer know it was me, but Catherine Bach, who had been on Dukes of Hazard back in the day, was getting her nails done there, and called out, “Karen, I love your show!” The jig was most definitely up then. But, very thankfully, not before I got to do the bit with Little Richard!]

So the idiotic Candid Camera prank we were pulling was done at the beach, in Venice. Little Richard asked passers-by to watch his dog for a few minutes while he ran inside someplace, and then he never came back. Just when each victim was getting very nervous, I’d come along and ask if they had seen him. It was a kind-of stupid bit, but oh well; it got me to hang-out all day with the one and only Little Richard! 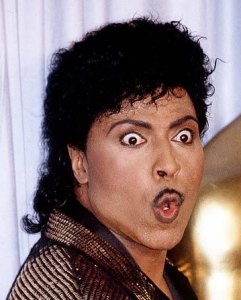 And he was darling to me. We had such a good time. He laughed at everything I said, in that big, sort-of surprised Little Richard way. I loved it. I didn’t want the day to end.

But when our work was all done, he said, “Darlin’, I have something for you.” And he gave me a religious book that he signed for me. (He was also a minister, after all.)

But why he would agree to do that nonsense I’ll never figure-out. I didn’t want to ask him for his reasons. I was doing it as one of my crazy show biz gigs, but he was already a legend! Now I wish I had asked him, of course. His answer was sure to be interesting. He was so sweet and, shockingly, nervous about the whole thing. He kept asking me if I thought it was going well.

Even though Candid Camera was one of my nuttier jobs, I’ve always been grateful that it gave me a wonderful experience with Little Richard, now more than ever.

I’m sure that the world is feeling the sadness of losing this larger-than-life man, even those who weren’t lucky enough to have had these great personal times with him. But his incredible music will live on forever, a legacy we all thank him for. I just hope heaven is ready for all his outlandish shenanigans. They will be missed on earth, for sure.

[Note: With so little notice, I couldn’t find a pic of us doing our thing, either time, nor the book he gave me; we didn’t have digital cameras in those days. I have so much stuff in my house, it’s a wonder I can find anything! But I do have a professional working on it, so I may have an image or two to share with you sometime this week. Meanwhile, if any of you know how to find one, please let me know in the Comments section below. I’ll appreciate it.]