I almost cannot bear to write this tribute to one of the best dancers who ever lived. The passing of dancer extraordinaire Danny Tidwell, in a car accident last week, is a true tragedy. I’ve had to compose this little tribute in fits and starts because I had to keep taking breaks–I can’t wrap my head around this incredible loss, to his family, the dance world, and humanity. 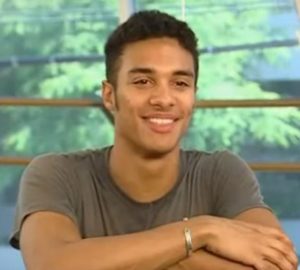 I had the good fortune to not only meet and interview Danny in 2007, when he was the runner-up on So You Think You Can Dance, (which he definitely should have won,) but to see him dance in person that night. And I was also lucky to have a subsequent phone conversation with him. I’ll never forget any of it. To this day, he’s still my favorite dancer who has ever been on that show.

From the very first second I saw Danny Tidwell’s initial SYTYCD audition, he had me. I rooted hard for him all season, (and talked about him on my TV show back then, asking my viewers to vote for him, too,) and was crushed when he came in second. (I still don’t get it.) One of the judges on that show, creepy Mia Michaels, kept telling him, on-air, that he was “arrogant.” To this day, I cannot imagine what her problem was because none of that came through on the screen. (That’s because there was absolutely no arrogance there.)

So when I was asked to meet with a few of that season’s contestants ahead of their Los Angeles Thanksgiving Eve engagement, I said that I’d cancel the party Mr. X and I were throwing that night if Danny Tidwell would be one the dancers at the meeting. And he was. And he was darling! That judge must have had some personal vendetta against him because I witnessed not even one drop of arrogance from him. 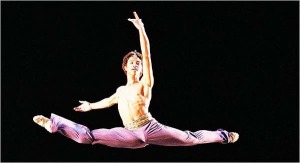 Danny Tidwell. (Click on the pic to enlarge it, to get a better look at his magnificence.)

He was just sort-of quiet and composed the whole time. He was a sweet and uber-talented guy. Shamefully, not one other press person showed-up to interview them that day, which was sad for the dancers but great for me; I had quality time with Danny and the other four. He didn’t say much except in answer to direct questions. But he’s the one who stuck-up for a female dancer who wasn’t there when I said something about her being a tad chubby. It was a joke, which the other four laughed at, but Danny said, very seriously and quietly, yet firmly, something to the effect of, “Wait—she’s not chubby! You must be thinking of someone else.” I loved that he did that.

The person in charge of them that day ended our time together just as Danny was beginning to feel comfortable with me, so he suggested that we finish our convo on the phone. And, of course, I jumped at the chance. 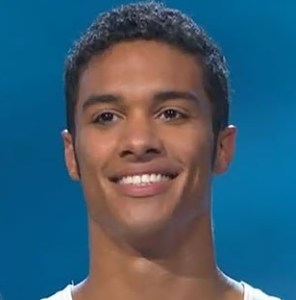 So I was thrilled when I answered my phone a few days later and heard, “Hi, Karen, this is Danny.” The time flew by, with me basically fan-girling over him the entire time. We ended with a couple of “see ya later”s, and I really expected that we would. But as his professional dance career took him places outside of LA, we never bumped into each other again. But I’ve often checked on his progress, and was always so happy for him. I even compared his stunning dancing to Baryshnikov and Nureyev, listing them as the three greatest dancers of all time.

My heart goes out to his lovely brother, (the also-incredible dancer and choreographer,) Travis Wall, his mother Denise, (the famous dance teacher who adopted Danny, her student, when he was twelve,) Danny’s husband, and the rest of his family and friends. I cannot even imagine what they’ve been going through since the devastating news of his accident.

I’m just grateful that the world has video of his stunning work to comfort us from time-to-time. It’s not nearly enough, because he had so much more to do, but at least we’ll always be reminded of his greatness.