Trending
You are at:Home»TRIBUTE»TRIBUTE: TONY CURTIS
By Karen Salkin on September 30, 2010 · TRIBUTE

I had a different column all written, and even drafted, but I just woke-up to find-out that Tony Curtis, my first crush, has passed away, and even though he was eighty-five, it hit me a little hard. 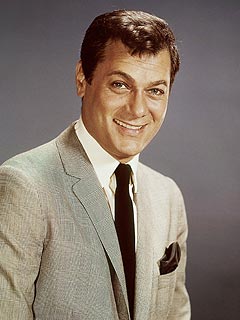 So, I want to share my stories of him here. Growing-up, my house always had old movies on TV, and one of my first memories of boys was Tony Curtis. (I have this crazy good memory and remember my crushes from when I was two! And Tony came right before the teen-agers I knew personally at the summer camp where my father was Boys Head Counselor.) I even knew his real name, Bernie Schwartz, so my parents and their friends approved. I used to call myself “Mrs. Bernie Schwartz,” although I couldn’t even pronounce “hospital” and “spaghetti.”

Tony had to be the handsomest man of his time. And I loved that he always had a sparkle in his eyes in all his movies. He was just perfect. (Of course, I was too young to know all his personal life dramas. To me, he was who he was in his films.)

I actually held on to that crush for many years, until I started school and replaced him with real boys. Then I got into rock stars and that was the end of that, mostly. But I always had a warm spot for Tony Curtis.

Cut to me growing up, moving out here, and having my TV show. For those of you who remember the early years of Karen’s Restaurant Revue, you may recall how popular I became around town. (I cringe saying that about myself, but it’s necessary to this story. So please forgive me.) I was always surprised at just how many people watched my show, and because I was always so accessible, no one was afraid to come up to me for a chat, which I loved.

One night, I was in a Beverly Hills art gallery, at an exhibit of paintings by…Tony Curtis! I was a wreck, trying to work-up courage to introduce myself to him. Then a woman I knew slightly came up to me and said, “Tony wants to meet you. Is that okay?” I was too dumb-founded to answer! But I thought it had to be a joke, with my friend telling her to play it on me.

All of a sudden, Tony was upon us, telling me he loved me! I so couldn’t believe it that I told him so! I asked if this was a joke. I still can’t believe that those were my first words to the man, hands on hips. He kept re-assuring me that he faithfully watches my show and loves me. So, what did I say? “Prove it.” I asked Tony Curtis, major movie star, and my first crush, to prove that he watches my show!!! What was I thinking??? (In my defense, I was really young and in shock.)

So, with people standing around watching this whole interaction, Tony Curtis, star of such smash hits as Some Like It Hot and The Defiant Ones, started playing with imaginary bangs, as I always did (okay, do) and talking a mile a minute, mimicking me with such bon mots as “How’s my hair?,” and “Oh no–I think I broke a nail!” We were all hysterical.

I blurted out, “Oh my God! You do watch my show,” to which he loudly asked, “Now can we have a hug???” And hug we did. I could not believe that I was hugging Bernie Schwartz in real life! I had done it so many times in my childhood imagination. We even got in a few cheek kisses. (I just started crying as I’m writing this.)

When I composed myself, I told him how much I had always wanted to marry him when I was little. And he said he was game now! We actually talked about it, and though I was just kidding, I think he wasn’t.

So, I came home and told Mr. X the whole story, and then said, “You know what–maybe I should marry him! It’d make a great story to grow-up and marry my first movie star crush.” I really loved the idea. But I loved Mr. X more, and even though he thought it would be kind-of funny, as well, and I even, for a fleeting moment, thought that Tony and I could tie the night for just a few days or so, I thought it would be somewhat rude to Mr. X, so that was the end of that. 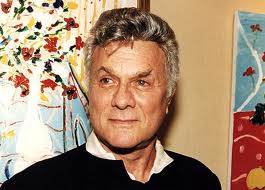 I next bumped into Tony at a party a couple of years later, and I told him how I wish I could have married him, for the complete, full-circle-ness of it all, and he said, “It’s not too late. Life isn’t over yet!” It was so cute and sweet of him. I saw him only a handful of times after that, and he always asked if I was ready to marry him yet. (I think that he was actually married on at least one of those occasions, but he said it didn’t matter, and that I should just let him know when. I’m sure that he was kidding by then, but it was always lovely of him to remember.)

In between all of this, I was at some women-in-show-business type of event, and I saw Jaime Lee Curtis walking by me, while telling her companion that some show was the “best show ever on television.” As I was wondering just what show it was that Jaime Lee was paying that supreme compliment to, all of a sudden she was standing in front of me, holding out her hand, and telling me, “I think your show is the best show ever on television and I just wanted to say hi.” I was, once again, shocked and thrilled. I wanted to say something nice back, as I always do, and I admired her work, but what came out was, “I love your father!” She must have thought I was insane! (That is, if she didn’t already from watching my show.)

Tony got a kick out of that story when I saw him a few weeks later. And even though he was already grandfather-age, I got to see that famous eye-twinkling that I was so attracted to as a childhood movie fan.

And now, the world has lost him today. I’m really sad that I’ll never get to see those baby blues again. R.I.P., my imaginary mate.