Trending
You are at:Home»MUSIC»THEATRE/MUSIC: HERSHEY FELDER: CHOPIN IN PARIS
By Karen Salkin on July 8, 2022 · MUSIC, THEATRE

This show is yet another winner at the Wallis. I have so much confidence in that theatre that I even left my obsessive Wimbledon-watching to see Hershey Felder: Chopin In Paris! And I was rewarded with a charming production. 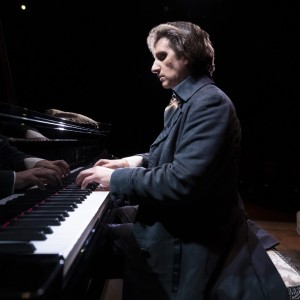 It’s billed as “a play with music,” but it’s so much more than that. Mr. Felder basically gives us the highlights of Chopin’s life, of course portraying the master composer himself. Along the way, he performs several of Chopin’s most famous piano compositions, some just snippets and others longer selections. If you’re someone who likes to close your eyes while listening to live music, I suggest you don’t do that for the last piece, (you’ll know which one it is,) because seeing him work is half the fun.

To make the entire offering even more engaging, “Chopin” welcomes the audience as his “students” for the day, so he can interact with them by taking questions, always in character, at a few points along the way. The queries on opening night were actually pretty good, and Hershey gave excellent answers.

That’s also why the theatre’s estimate of Hershey Felder: Chopin In Paris being only ninety minutes long is likely way off in most cases. On opening night, the presentation ran over two hours. It could easily have gone on even longer as far as the audience was concerned, but Hershey brought it to an end at just the right moment. [Note: If you think you’ll need the restroom before it’s over, make sure you ask for tickets on “stage right.” And that’s where you’ll want to sit, anyway, if you’d like to see his hands when he plays.] 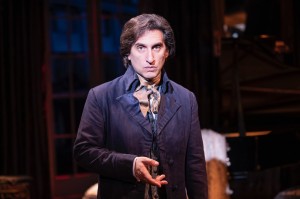 Hershey Felder as Chopin, whom he looks sort-of like, don’t you think? (See image below.) Photo courtesy of Hershey Felder Presents.

It’s actually pretty amazing that he’s able to answer everyone’s questions as Chopin, which means that he has sooo much knowledge about the man’s life! My friends call me the “human GPS” because of my directions-giving ability, so, in turn, I’m declaring Hershey to be the “human Wikipedia!” (Except that he appears to be so much more informed than that site.) On opening night, one woman asked him something to the effect of if he (Chopin) had any outstanding student prodigies. And without skipping a beat, he told us about the only one, demonstrated the kid’s playing style, and even imparted details about the guy’s death! All off the top of his head!!! Most of my friends don’t know what they had for breakfast!

In case you’re not familiar with Hershey Felder, he is widely known for writing and performing informative and entertaining one-man shows as classic composers. He’s basically created the theater version of a cottage industry for himself. No one else can do what he does. 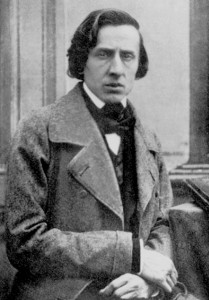 Fryderyk Chopin. (Do you see the resemblance to Hershey Felder?)

I’ve seen several of his productions before, but always on a big stage, such as the main Bram Goldsmith Theatre right there at the Wallis. But this time, the play is being presented in their intimate Lovelace Studio Theatre, which is the perfect venue for it. The space is so much more conducive to audience participation. Actually, it’s better in every way!  I almost felt like I was at one of the Paris salons he tells us so much about in the narrative. So, kudos to whoever had the great idea to present Chopin In Paris in the Lovelace. (And yes, it is “whoever,” not “whomever.” The very easy rule is: If you can substitute “he,” there’s no “m” in there. If it’s “him,” there is one. Just say it to yourself, and listen for the “m.” In this case, it would be, “He had the great idea…,” so the correct word is therefore “whoever.” As Hershey Felder appears to do, I’m always happy to take any opportunity to educate.)

The first thing that struck me as we entered the theatre is just how gorgeous the set is, which, of course, Hershey also designed. (Is there anything that man can’t do???) But some audience members told me afterwards that a thick piece of material that was seemingly unnecessarily draped from the piano blocked their view of his hands when he played, so perhaps he should re-think that positioning a bit.

Erik S. Barry’s stage lighting is varied and excellent, and Erik Carstensen background projections, which are seen outside the window of Chopin’s Paris home, (where this “lesson” is taking place,) are absolutely spot-on every step of the way. I loved watching them subtly change to match what was happening at each point in the tale. 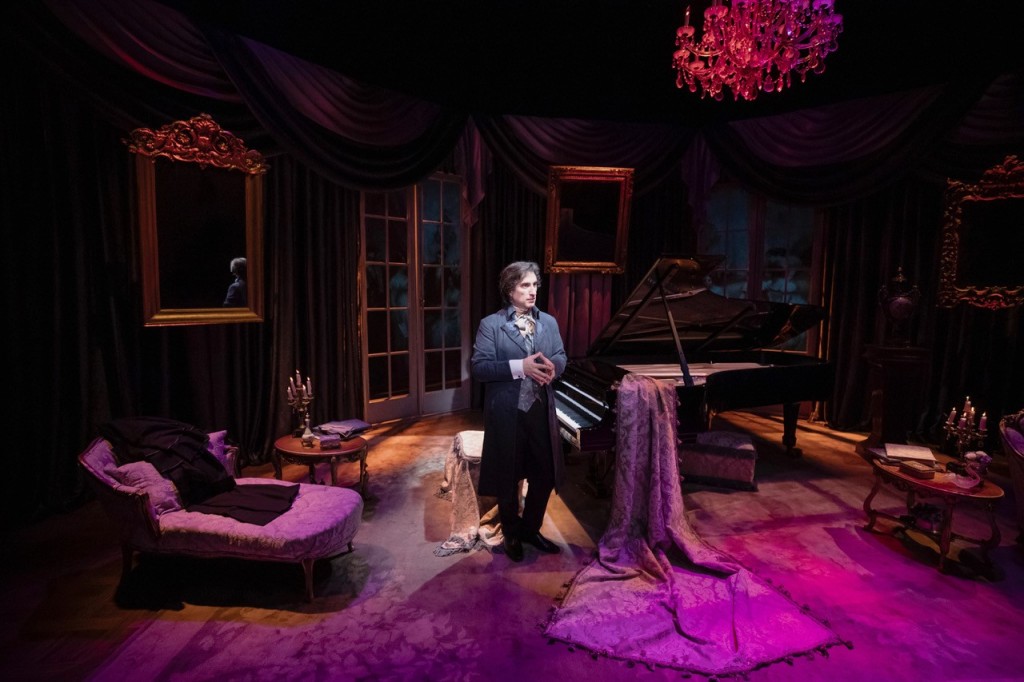 There are a few other aspects of Chopin In Paris that I also especially appreciated. One is Felder’s actual piano skills. He makes even the basic funeral music that we all know, (I have no idea what it’s called, but you’ll know of what I speak when you see the performance,) sound beautiful. I almost didn’t want him to stop that heartbreaking piece!

I also admire that he really gets into every character and scenario, whether acting out a tragic scene or just joking with the audience.

And because of those interactive sections, if you’re a major fan, you can see the show over and over again, and never see the full same play twice.

On a personal note, every time I see a Hershey Felder production, I’m reminded how magical musicians are. And then I think about my own lack of musicality. Three-fifths of my family are musical, with my brother being a professional since the day he graduated from college, which is a rarity in the biz. The only few pieces I can still play by heart from all my years of piano lessons are from the first Schaum green book, (with the highlight of my repertoire being the one-handed Putt, Putt, Putt, Putt, Putt, Putt, Putt Goes The Flashy Speedboat,) and I somehow played flute for a couple of years, (I use the word “played” extremely lightly,) only because the male teachers had crushes on me, so they told my parents I was talented to make sure they would get to see me in class every day. (But at least my wasted flute started my brother’s long career, so there’s that.) So when I see one of Hershey’s shows, the personal harking back it brings up makes me always appreciate his extraordinary talent even more.

As you can tell, I’m highly recommending Hershey Felder: Chopin In Paris. But hurry; it’s at the Wallis, (my favorite theatre,) for only a few more weeks. And to make it an extra special outing, be sure to get there a bit early to spend some time on the lovely Wallis patio with other music and culture lovers. And perhaps afterwards, as well. On opening night, I even spied a woman out there, producing a giant bust of Chopin from her bag for Hershey to autograph! And he seemed more than happy to, which I could tell made her whole summer. I just wonder if he signed it “Hersey Felder” or “Fryderyk Chopin.” In the case of this play, it’s hard to distinguish them from one another. And that’s a good thing.