Trending
You are at:Home»THEATRE»THEATRE: TOOTSIE
By Karen Salkin on April 29, 2022 · THEATRE

I’m so glad that Southern California denizens get not only one, but two opportunities to see this wonderful Broadway musical! (As usual, all the info is at the bottom of this review.)

I first saw Tootsie on Broadway two and a half years ago, and I went absolutely nuts over it. Of course, a second viewing is rarely as good as the first, because nothing’s a surprise anymore, but this touring production, (which is appearing now at the glamorous Dolby Theatre in Hollywood, and then moves down to Costa Mesa,) is still excellent, and I heavily suggest that everyone see this show; it’s funny, happy, and not painful in any way. I wish that every Broadway musical would be like Tootsie! 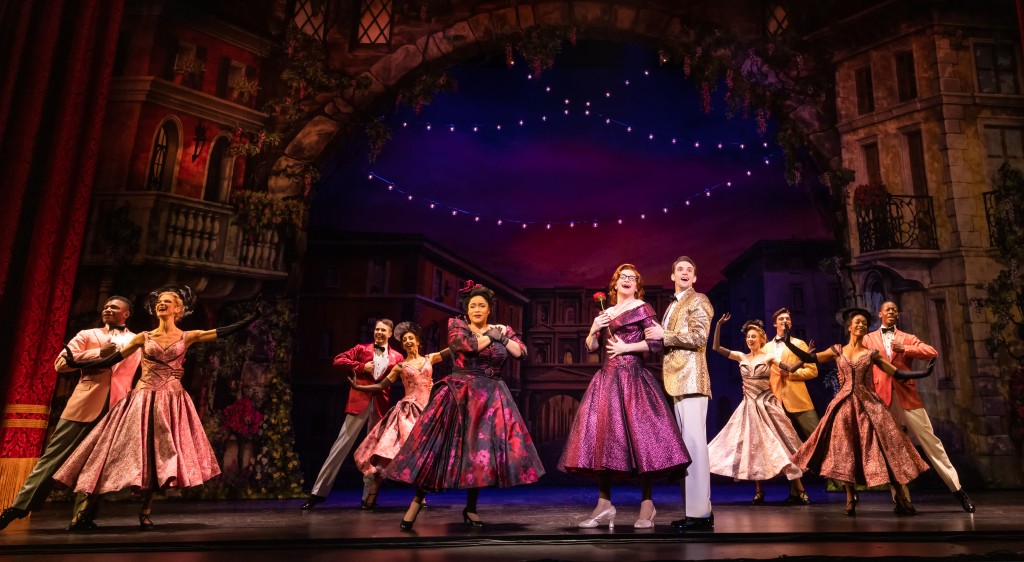 Photo by Evan Zimmerman for MurphyMade, as is the one at the top of this review.

I can’t imagine that anyone doesn’t know the basic premise of the classic 1982 film starring Dustin Hoffman, on which this musical is based, but just in case, I’m here to help. The story is that Michael Dorsey, an out-of-work actor, disguises himself as a female, Dorothy, to get a role.  The main plot change here is that instead of Dorothy’s starring vehicle being a soap opera, as it is in the film, here it’s a fictional Broadway musical, Juliet’s Nurse, which is a riot. 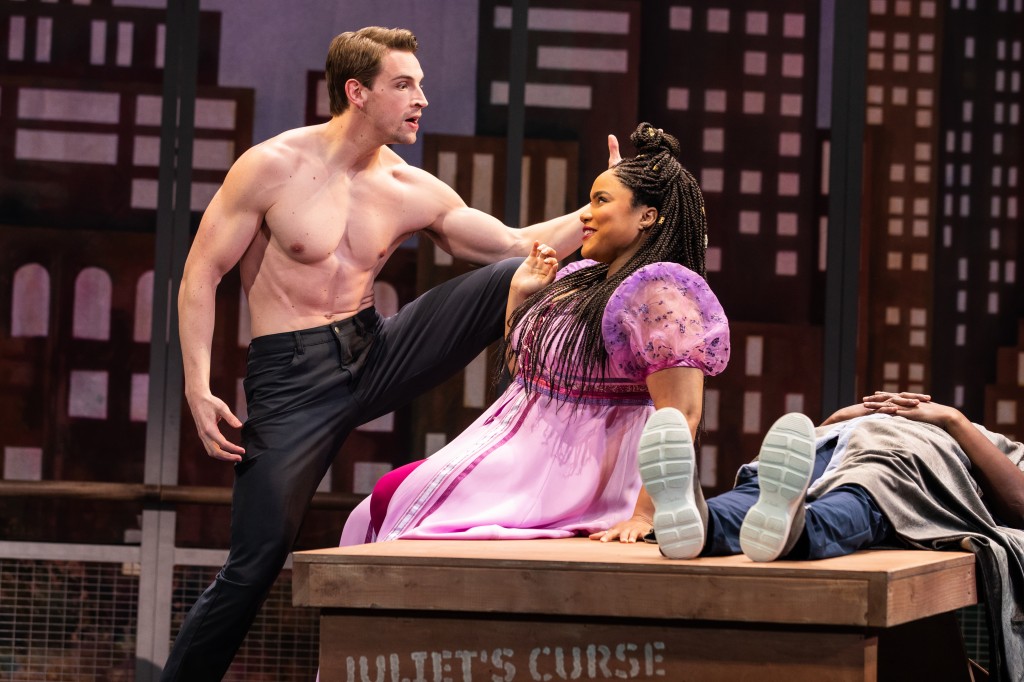 A few other aspects of the musical differ from the movie, as well. In this one, rather than Dorothy being pursued by a duo of older men, her new admirer is a cute, young, dumb actor, played by Lukas James Miller. His big scene in Act II was my fave this time. (Okay, I have to admit that his abs may have had something to do with that choice.)

I feel like there may have been a few other tiny changes made to the script since I saw it in New York, (in maybe a line or two,) but it’s really of no matter.

The songs by David Yazbek, (who needs only an Oscar to EGOT,) are great—they contain sooo many clever lyrics. And happily, most are understandable this go-round. The second act Jeff Sums It Up, performed by the energetic Jared David Michael Grant, (yes, you read that correctly—he does have four names, but, at least for my purposes, they’re all easy to spell,) as Michael’s best friend, Jeff, is downright brilliant. (Don’t miss Mr. Yazbek’s amusing bio in the Playbill.) 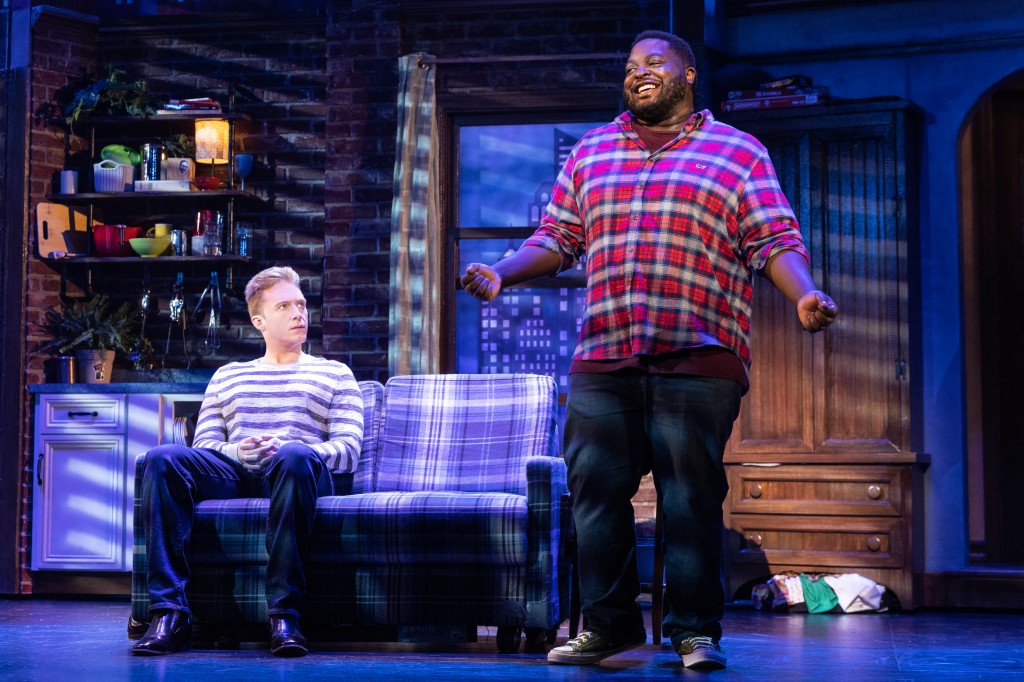 Other performances of note are those of Adam du Plessis, as the over-the-top director of Juliet’s Nurse, and, of course, Drew Becker as Michael, who’s on stage about ninety-eight percent of the time, (outside of when he’s off stage quick-changing from Michael to Dorothy.)

The script ingenuity doesn’t stop with the music.  So many of the lines in the book of the show, written by Robert Horn, are memorable. You’ll just have to experience them for yourselves, but here’s a taste, (as close to word-for-word as I can remember them): Jeff tells Michael, “Do what you can, and tell people that was the goal,” an idea I’m planning to employ in real life!

Another one of Jeff’s bon mots is when Michael asks him if he looks heavy as Dorothy, (which he definitely does,) and Jeff diplomatically assesses him instead as “difficult to abduct.”  And I’m sure many people can relate to Michael’s plaint, “In school I was voted ‘Who is that?!’” 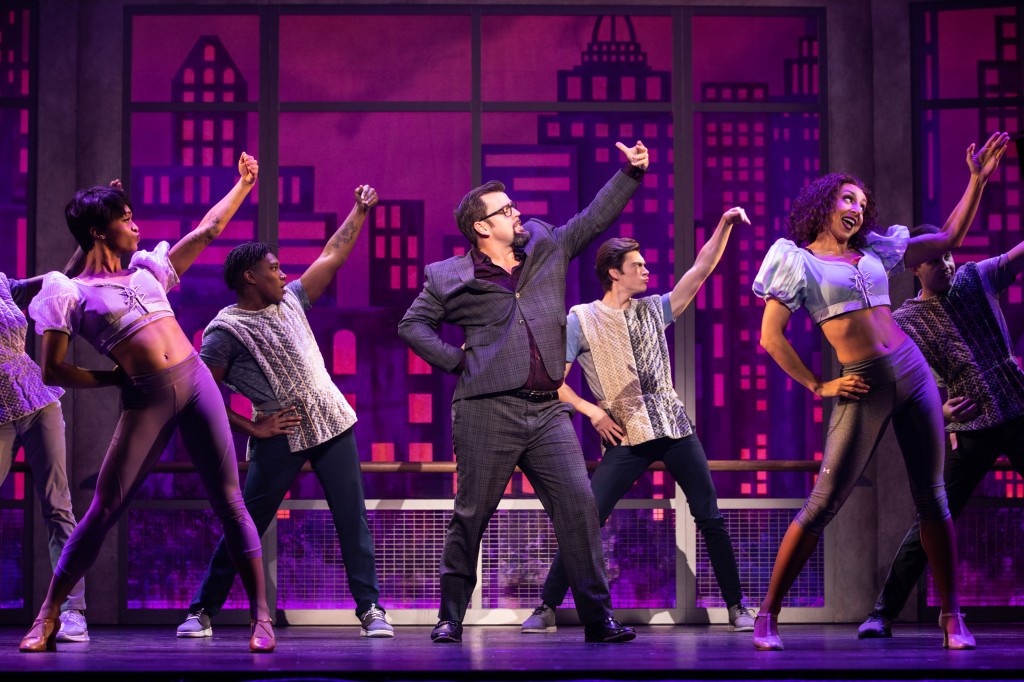 The friend I attended opening night with pointed-out that some of the details of the story are a tad confusing, (such as when exactly the fictional musical actually opens, and what happens after its opening night,) but I advise to not try to have that all make sense, and just go with the flow.

As to the very attractive sets, I loved watching how easily movable they are. I don’t remember noticing them on Broadway, but in case they were the same there, I have to credit both the original Scenic Designer, David Rockwell, and the tour one, Christine Peters, for all that cleverness.

I also appreciated all the interstitial dancing; it really keeps the action moving constantly. 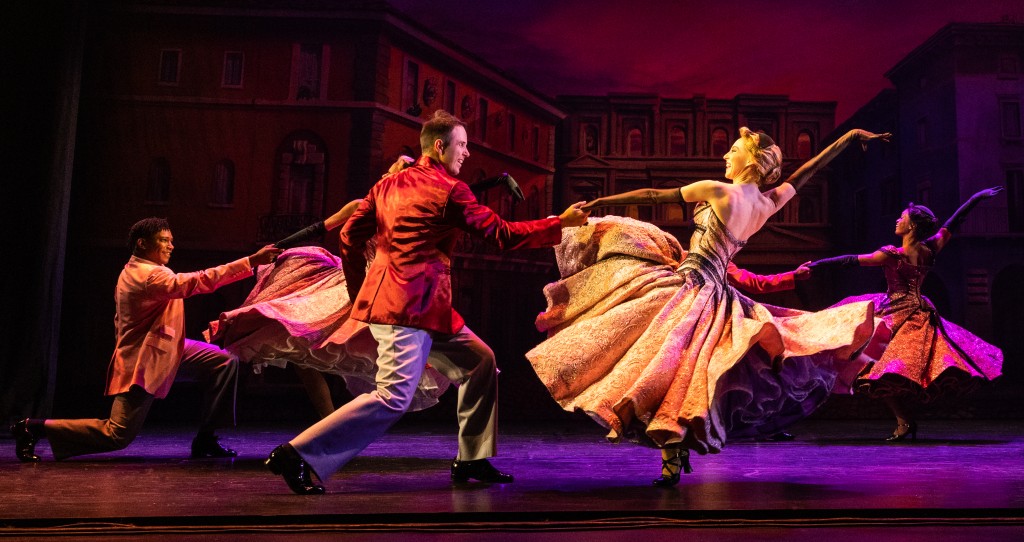 Photo by Evan Zimmerman for MurphyMade.

I have only two tiny negatives here, the first of which I heard many complaints about, both at intermission and after the show, (and when I reviewed it on Broadway, as well.) It’s that Tootsie is just a tad too long. As I said in my Broadway review of it, there’s only one number I could do without, though–There Was John, which is a totally unnecessary song from Michael’s love interest, Julie. It doesn’t further the story nor really fit in with the rest of the show. But Ashley Alexander’s voice is so excellent that I’d hate to deprive future audiences of a solo number by her.  She easily has the best voice in the cast, and I’d love to hear her in concert sometime.

The other negative is that there’s no real ending. I don’t remember how the film concludes, but this musical’s denouement is weak. People sitting near me said things like, “Is that it?,” and “So, is it over?” After so much fabulousness, that was just a tiny disappointment.

But that really doesn’t matter because every other minute of Tootsie is awesome, with little downtime between laughs. On opening night, we all jumped-up to give the cast the standing ovation they deserved for the entire journey.

If you’re anywhere near either location in the next month or so, I highly recommend seeing Tootsie. The friend I brought even told me she wants to see it again already! I could do the same.