Trending
You are at:Home»THEATRE»THEATRE: THE SOUND OF MURDER
By Karen Salkin on March 20, 2019 · THEATRE

THE SOUND OF MURDER

This new production at Theatre 40 in Beverly Hills is one of their best. I highly recommend it.

I love it when this theatre presents old British murder mysteries, and The Sound of Murder is just that. It’s an obscure play from 1959, which makes it right up my alley. Even though I pretty much figured everything out along the way, the journey is a really fun one. 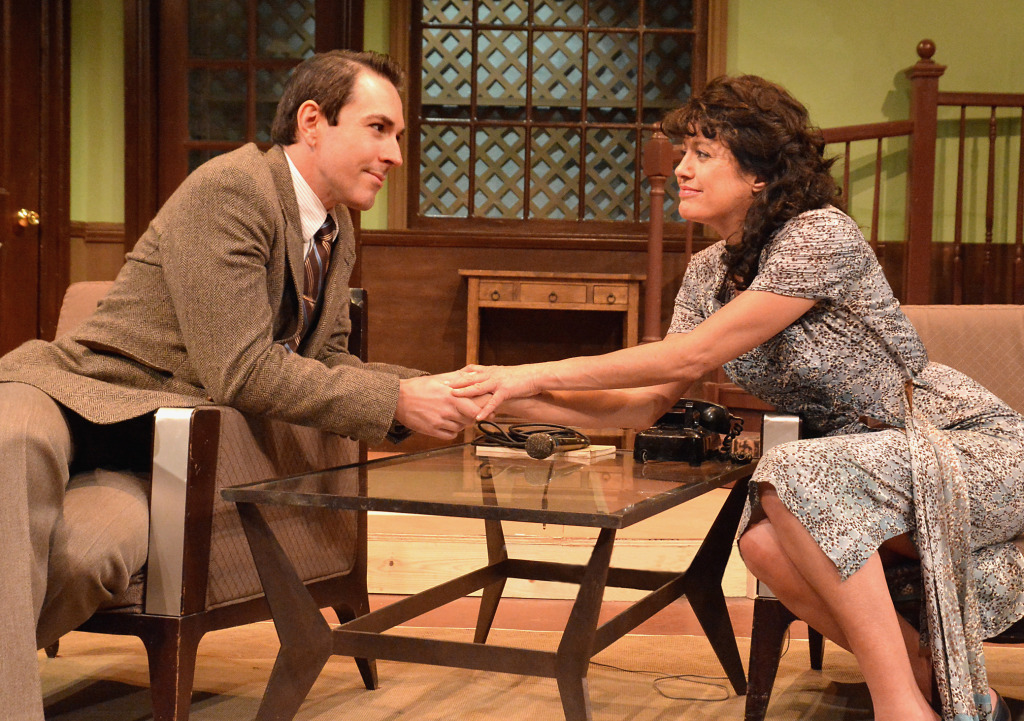 Gabriel Oliva and Kate Whitney. Photo by Ed Krieger, as is the one at the top of the page.

One note about that particular date before we move on: The program lists the “Time” as “The Present,” but that can’t possibly be. There are no cell phones, the landline phone numbers have just a few digits in them, (and they ask the operator to get them the people they’re calling, rather than dialing themselves,) they discuss making six thousand dollars a year as being wealthy, and the wardrobe is most definitely vintage, (although that one could just mean that everyone is fashionable and trendy right now!) And it was written in 1959. So my detective skills tell me the program has it wrong, and the time period is really mid-century.

So, now that you know that going in, you can relax and enjoy the show. 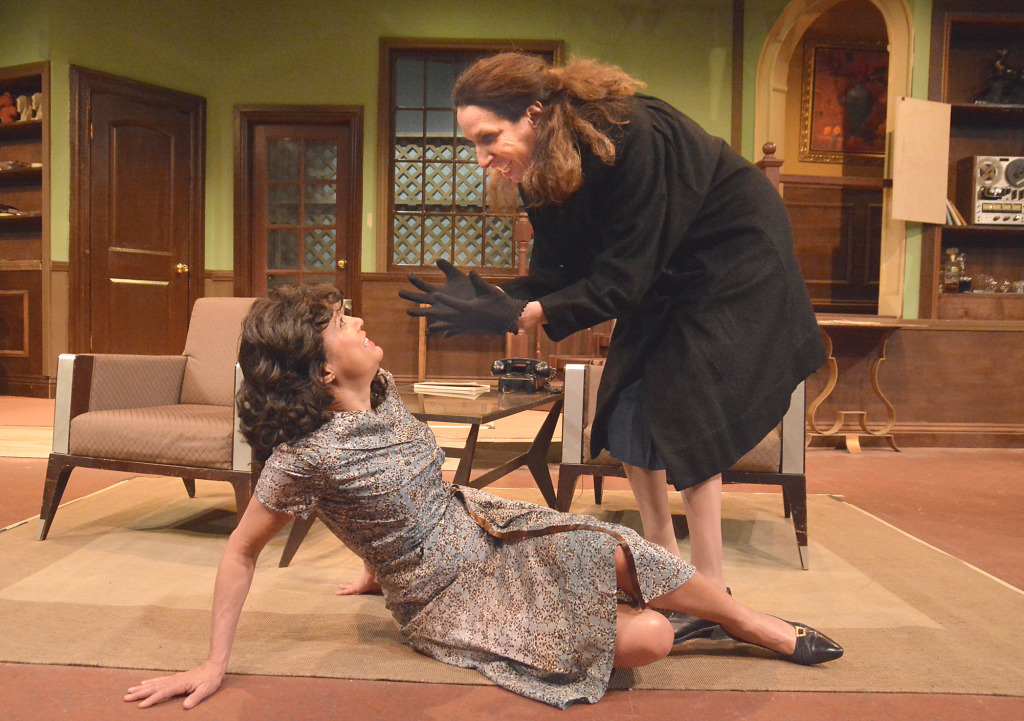 Not only is The Sound of Murder entertaining, but it’s one of Theatre 40’s most well-done shows all-around; the acting, the use of occasional mood music, the lighting by Brandon Baruch, and, as usual, a spot-on set by Jeff G. Rack. I have not one quarrel with the entire production!

This is the third show at this venue in which I’ve seen Kate Whitney, and I’ve found that she never disappoints. She’s always so perfect for this type of old-fashioned role. When I was less time-constrained in life, I used to live for old movies, and Kate sounds just like all those strong dames in the film noir ones. She has that fast, crisp Bette Davis way of delivering her lines. I love that! 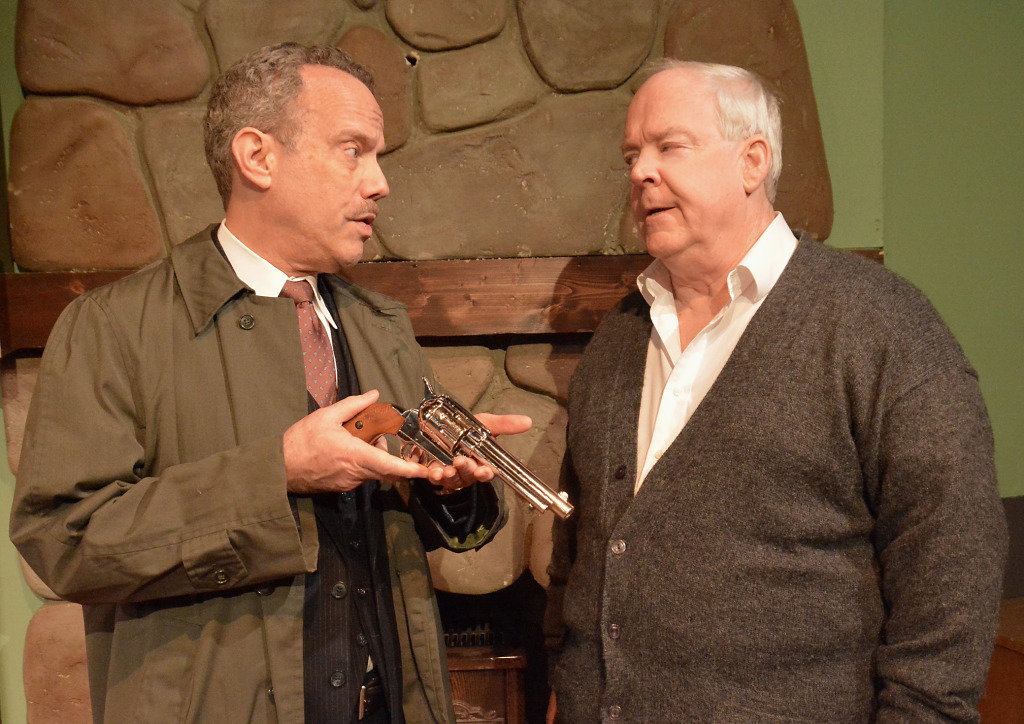 And David Hunt Stafford, who also serves as the theatre’s Artistic Director, is always at his best as a successful Englishman. Especially when he’s a mean husband—you love to hate him!

Roslyn Cohn is perfectly creepy as his spinster secretary, and the three gentlemen who round-out the cast are all exactly as they should be in their roles. 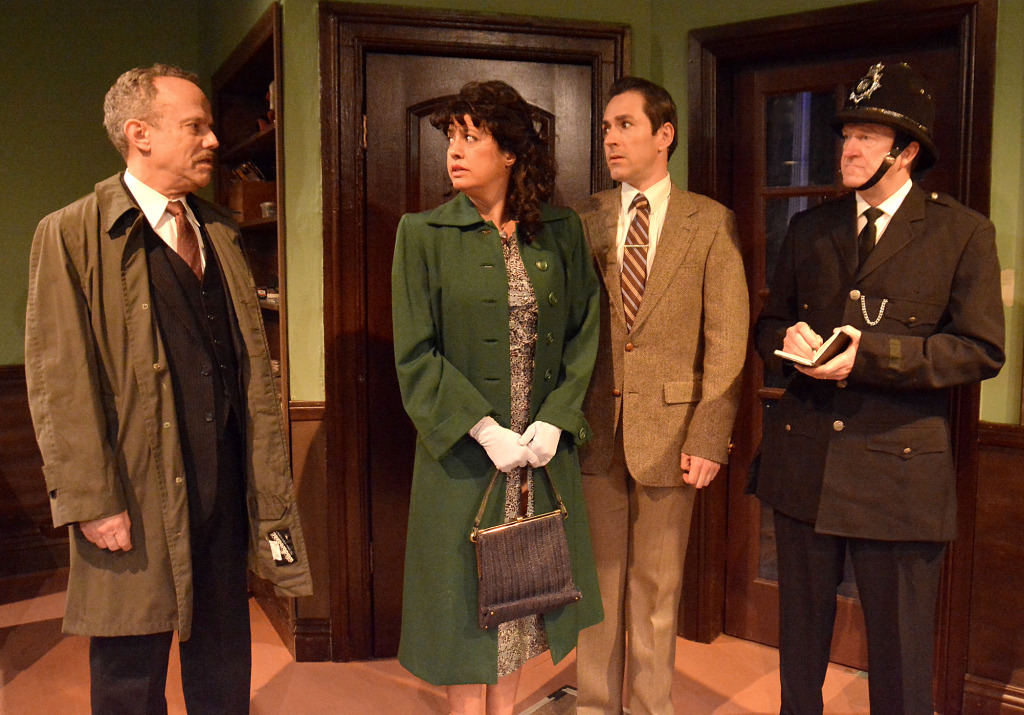 All of you should enjoy that work, too. Just make sure you go with someone whose arm you can grab. Trust me on that!