Trending
You are at:Home»THEATRE»THEATRE: SALVAGE
By Karen Salkin on November 21, 2019 · THEATRE

This interesting play on West Hollywood’s “Theatre Row” is billed as a “play with music.” But it’s so much more than that. Salvage is more like a wonderful country music concert with a bit of a country music story surrounding it.  I was more enthralled with the songs than I was with the tale, although that was interesting enough.

Salvage is a four-character drama that takes place in a generic run-down out-of-the-way bar, but in which part of America the audience is left to imagine for themselves. 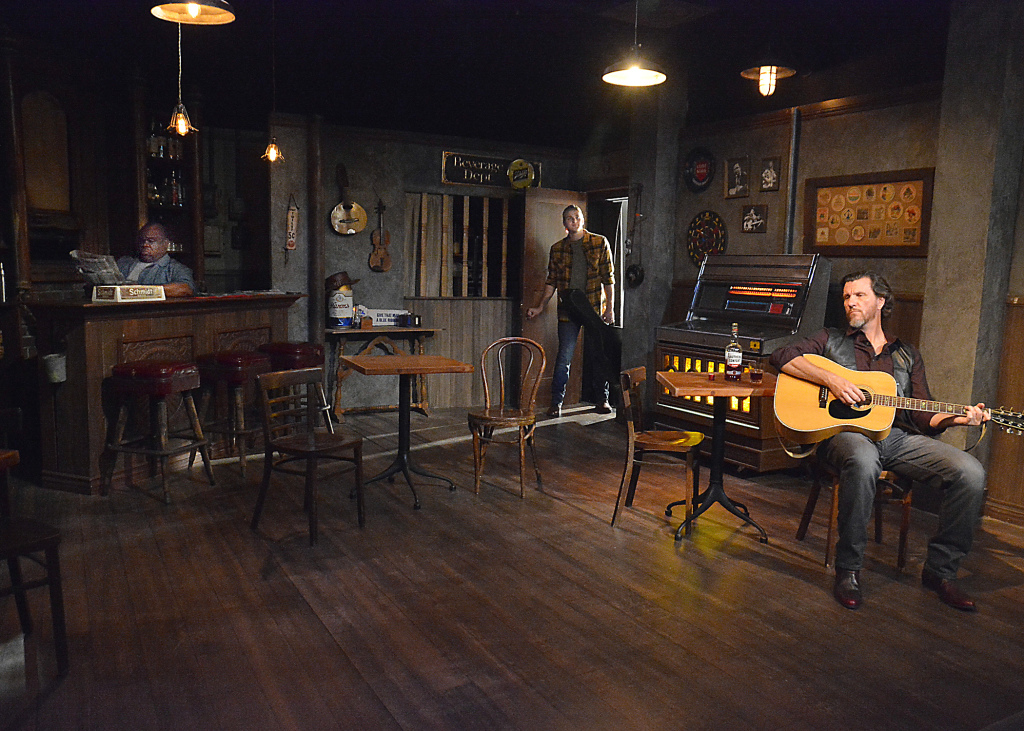 Photo by Ed Krieger, as is the one of the cast at the top of this page.

The quartet of actors is perfectly cast! I have only positives to say about all of them, especially the three who provide all the tunes. They should all go on televised singing competitions, especially if there’s a country one. But not on the same season because they’d all win!

David Atkinson, as the loner at the center of the narrative, is so authentic that I wasn’t even sure if he’s really an actor! I actually pondered if he was just a messed-up old dude they found singing on the side of a road somewhere. I’m not kidding about that. (He, of course, is an actor. A very successful one.) His looks reminded me a bit of Bill Medley. And I love his melancholy voice. 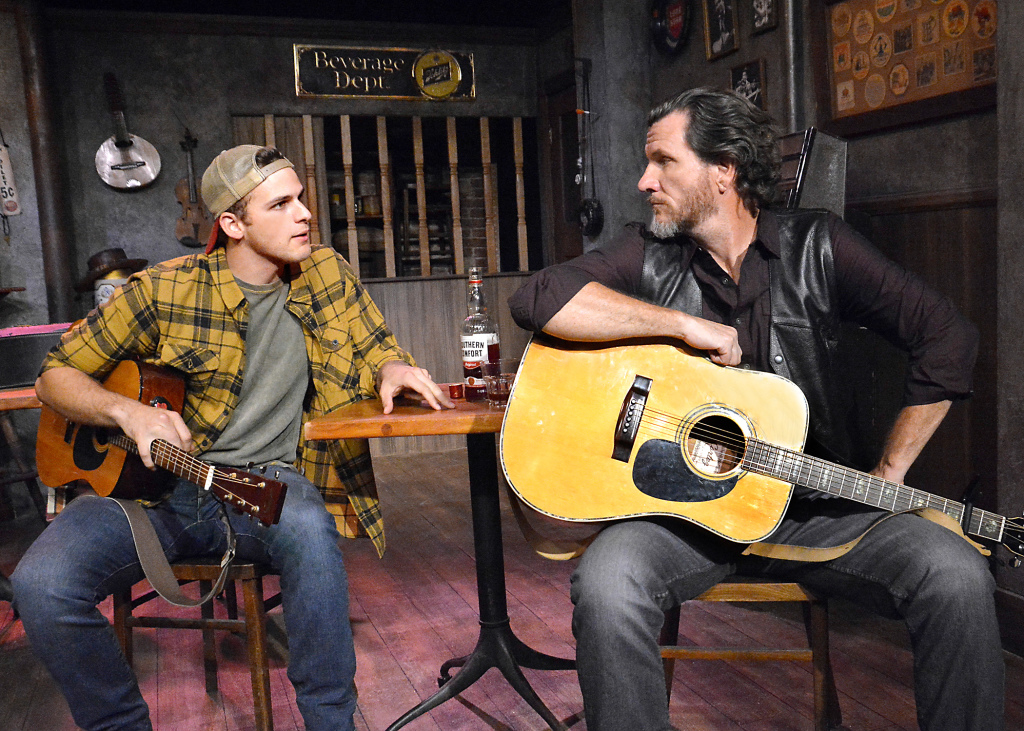 I actually saw Salvage because of Nina Herzog, the lone female in this show. I’ve been a fan of her music videos for a couple of years now, and I couldn’t wait to hear her sing in person. And let me tell you, that girl is as fabulous live as she is in her videos! You can hear a pin drop when she performs her late-in-the-production song, Outrun the Wind. I heard a lot of “wow”s in the audience when she was done. I’m disappointed only that she has just two numbers–one solo and one duet–because they’re so gorgeous that I would have liked to hear more from her. 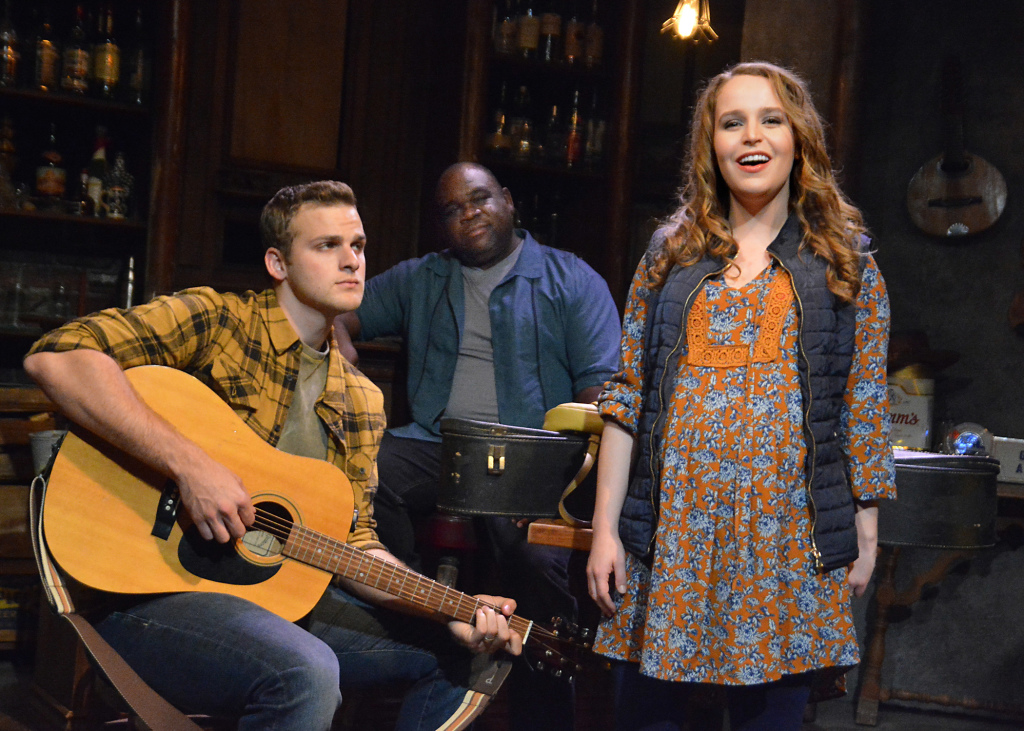 The young, confused-about-life guy is played by Christopher Fordinal. He’s so cute that I kept forgetting to listen to what he was saying; I just kept looking at him! And listening to his beautiful singing voice, too, of course. (On a side note, I adore the shoes he’s rocking, but I feel they’re wrong for his poor-young-married character; they’re too new and hip. Just sayin’.)

Leonard Earl Howze has the most thankless task in that he has to sit around for most of the hour and forty minutes, (with no intermission,) listening to the other characters speak. He doesn’t get to sing until the very last song when he provides a touch of harmony, letting us know that he could have held his own in the music department if his bartender role had also been a singer. But let me tell you–the energy of the production goes way up whenever he enters the scene. 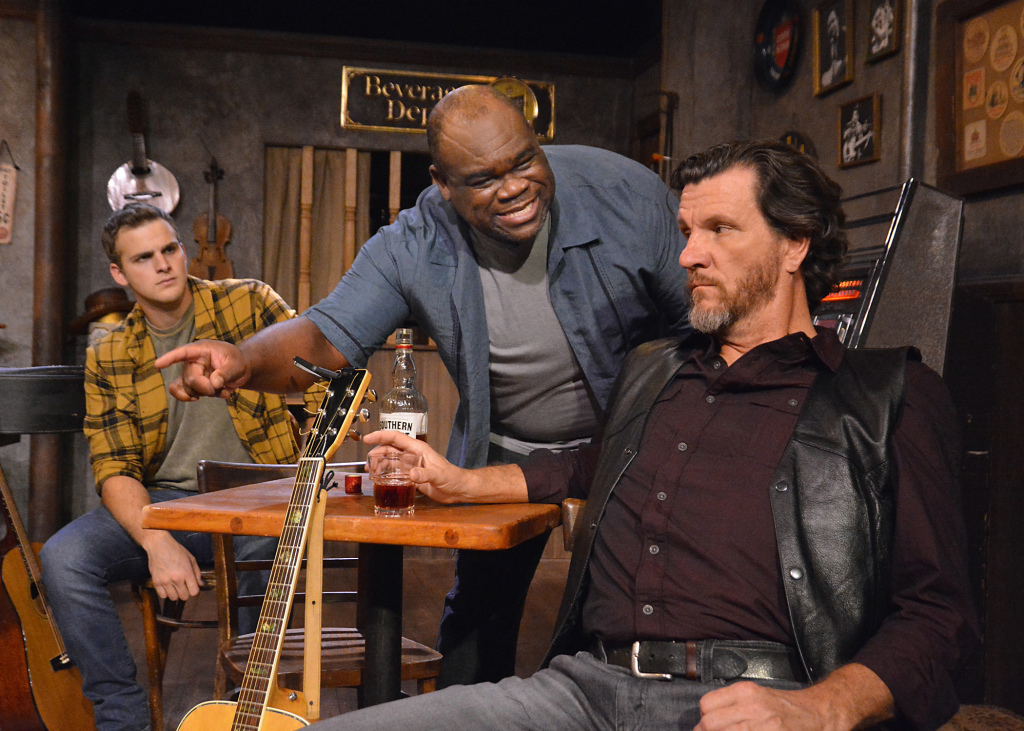 All of that brings me to discussing the music, every bit of it excellent! And the voices—OMG–are they good! I would go to a concert of any one of these singers! Someone that day actually told me that she just closed her eyes during almost the entirety of the play, and just chilled by listening to the beautiful music. I can appreciate that.

Since I’m not an expert on country music, (one of my biggest career regrets is turning down a major gig as a country music DJ in here in LA some years ago,) I just assumed that these eleven songs had been written specifically for Salvage. But, since two of the songwriters, Randy VanWarmer and Mark Heard, both passed away many, many years ago, I guess not. [Note: I’ve been waiting on an answer to that very question, but none has come. So maybe you can get to the bottom of it when you see the show!] It’s no biggie, either way—the tunes are all perfect no matter when they were written and by whom. (The living tunesmiths are Pat Terry and Salvage playwright Tim Alderson, who’s actually a farmer! And a kind man—he created Seeds of Hope, a charitable organization whose mission is “to seek food justice,” by growing and distributing food to several of SoCal’s neediest communities. That is so much more impressive to me than any creative talents are!) 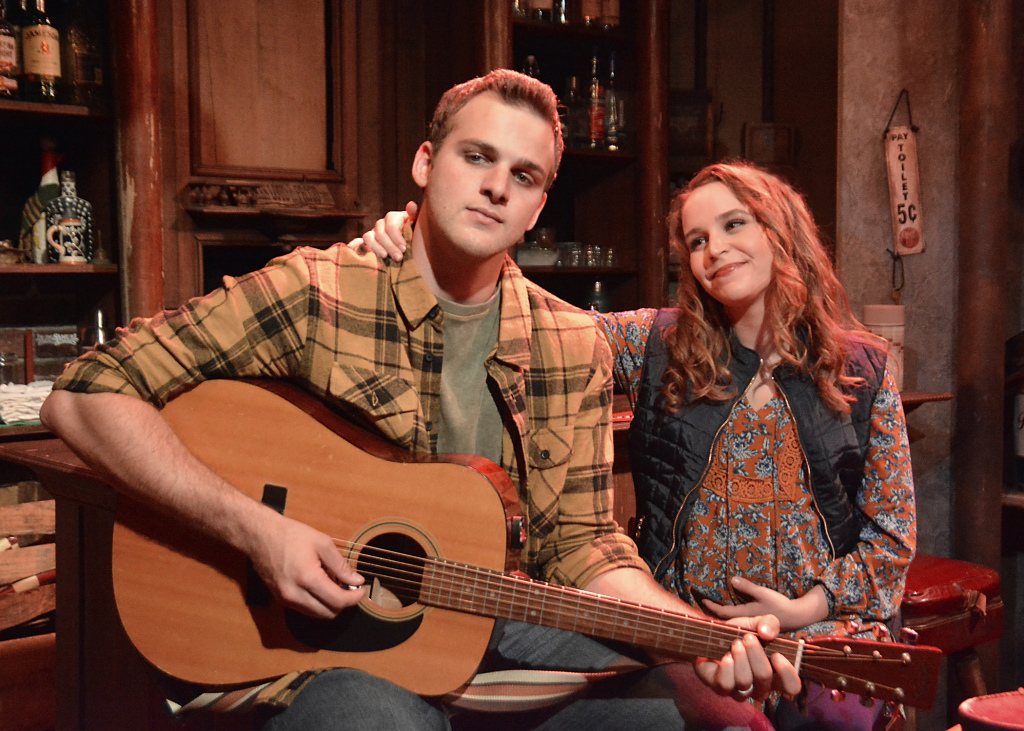 I also enjoyed the very professional* set by Joel Daavid, (who has probably been explaining that that is not a typo in his last name for his whole life!) I actually felt like I was in the crusty old bar with the cast. But if that had been the real situation, you just know that I would have solved all their problems for them by the end! *(Most smaller theatres do not have this level of creativity and vision in their sets.) 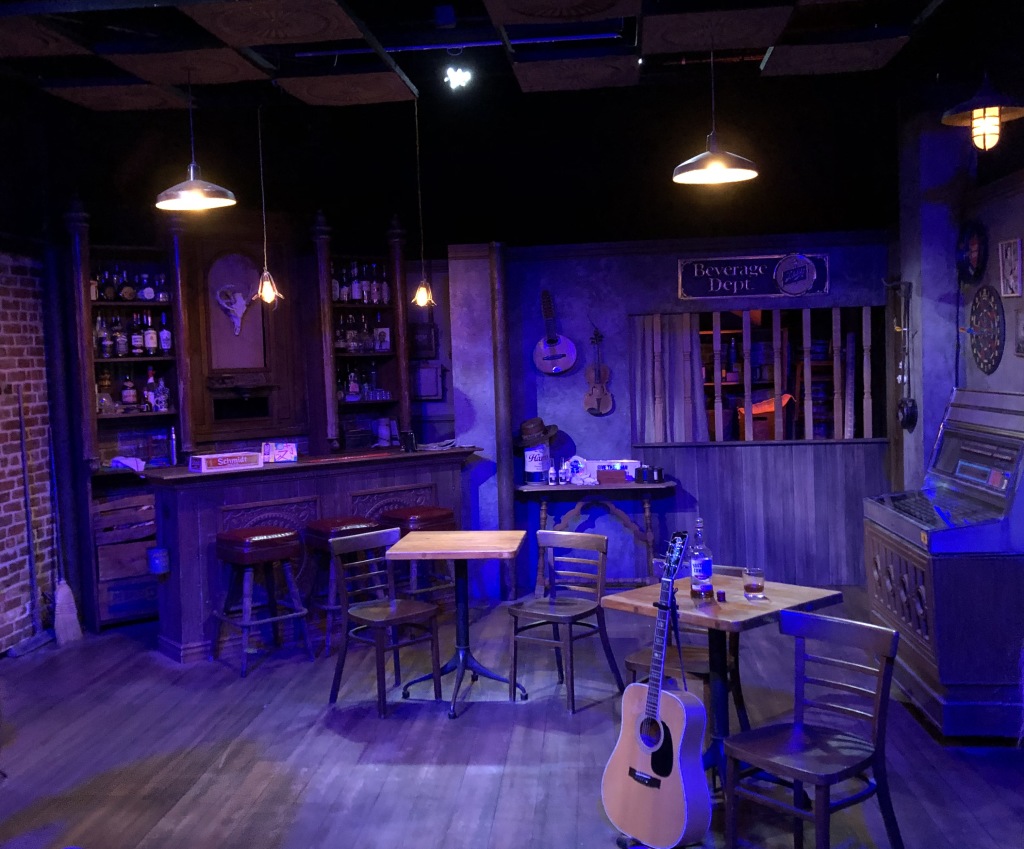 My only teensy complaints about Salvage are that the action is a tad slow and the whole scenario is a bit too long. And I don’t think the conflict ever gets resolved. But that’s how it often is in life, so just enjoy the very tuneful journey.

If you’re a fan of great music, especially country, and love seeing other people’s angst, Salvage is the show for you!

Two final notes, both about the Lounge Theatre. First, they very kindly encourage audience members to take the concessions into the theater with them. But they should not do that because the noise of the packages being opened, and even worse–the people crunching down on them–during the show is disgraceful. I know it’s done that way to help sell the snacks, but it’s just way too distracting during the presentation.

But, conversely, the AC in the theater is great! I was there on one of the heatwave days, and my always-hot self was totally comfortable.