Trending
You are at:Home»THEATRE»THEATRE: CAMELOT
By Karen Salkin on January 27, 2010 · THEATRE

Before I review the new Pasadena Playhouse production of Camelot, I want to let you know about a Haitian Relief benefit there on Feb. 1. Here are those details:

Next Monday, February 1, 2010, A Pasadena Playhouse Benefit Concert for Haiti will be held at 7:30PM. (Get there early because they’ll have music, raffles, and refreshments in the front courtyard from 6:00 until curtain time.) 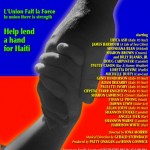 Many singers, whom you’ve probably seen in productions around town over the years, will be performing. It’s being produced by a man who’s put on many successful revue-type shows in the past, so it should be a delightful musical evening, while benefiting Haiti.

The proceeds are tagged to be split among UNICEF, Save the Children, and the Clinton Bush Relief Fund for Haiti.

For tickets, which are very affordable, or more info, please call 626-356-7529 or got towww.PasadenaPlayhouse.org.

Now, on to my review of Camelot.

My guest for opening night is a beautiful friend of mine who had never been to the theatre in her life! (It’s really not that dramatic–she’s kind-of young.) I was worried about Camelot as the show to start her off on because, although it’s a classic, I really wanted the first to be something really hip, like Legally Blonde or Hairspray. But this wound-up being the perfect choice.

As it began, I was still apprehensive. Someone who had seen a preview, and must have been high at the time, told me the set was beautiful, and that my theatre-virgin pal would love it, so I was all excited. In reality, it was basically just a bare stage with some scaffolding, so I felt terrible at first. But I all worked-out great.

This turned out to be sort-of a re-imagining of Camelot. It’s still the same story of a medieval love triangle between King Arthur, Queen Guinevere, and Sir Lancelot, but with a minimum of cast members (Queen Guinevere is the only chick,) the aforementioned bare stage with different and sundry props coming and going, and I’m just about positive that they changed some of the dialogue. I had seen it only once before, so I’m not an expert on the show, but this just seemed to have a modern feel. (Not modern enough that the King and Queen are both after the handsome Sir Lancelot, though–it’s not one of those kooky, silly, campy plays that show up around town a few times a year.)

There’s really nothing too deep to say about this version of Camelot. It’s a very easy musical to sit through. All the voices are strong and lovely, the music is still great, the added comic touches work, and the production just flows.

So, for those of you who also have a pal (or child) who’s never before been to the theatre, this is a safe bet. It’s excellent, but, unlike musicals with show-stopping numbers, breath-taking sets, and colorful costumes, it won’t ruin them for others. It’s kind-of like having the fun Simon Cowell for a first boyfriend, rather than the stunning Simon Baker.