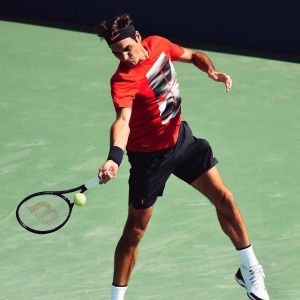 As always, I’m both excited and apprehensive about the U.S. Open, which begins today.  Excited because it’s such a fun, riveting event, of course.  And apprehensive because I’m always so concerned for Roger Federer, The Stranger I Love Most.  I should probably relax a bit on his behalf, though, because, at the advanced age of almost thirty-six, (which he’s since turned,) he’s already won two of the three Majors that have been played so far this year!  (I give his wife tons of credit—I don’t know how she keeps it together to not spook him out with her own nerves for him!  He’s lucky he’s not married to me—he wouldn’t win even one set if he had to deal with my nuttiness!)

As the final Major tournament of the year, this one has a lot of drama.  That’s usual for the US Open, but this year has some extra intrigue.  For starters, several top players on the men’s side are dropping like flies.  And the tournament hasn’t even started yet!!!  Out with season-ending injuries are Top 10 player Kei Nishikori, Top 11 Milos Raonic, and worse than that, defending champion Stan Wawrinka. 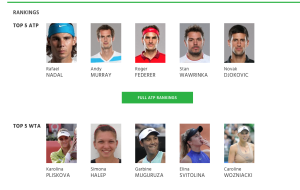 The current top tennis rankings. Three of those Top 5 men didn’t make it to the US Open! Maybe that’s why they all look so miserable! Those pix look like mug shots, don’t they?

And just two days ago, #2 seed, Andy Murray, dropped out with a hip injury. His withdrawal so close to the start of the tourney threw the entire men’s draw into chaos. Had he withdrawn just two days before that, Roger would have been the #2 seed, and could not have met Nadal before the Final. About a handful of other guys got moved up, but not Roger. The whole draw is screwy now, but that’s just how it goes with these tennis tournaments. That one top guy’s late opting-out will affect absolutely everything that goes on for the men, some adversely, some advantageously. That’s so weird.

Perhaps most puzzling of all is the absence of former World #1, Novak Djokovic, who went from his best year ever, culminating with his first French Open win in May 2016, to a stunning fall from grace since then.  When I saw him have to retire with a possible arm injury in the quarter-final at Wimbledon last month, I had a feeling his professional year would be done.  I’m sorry for him that I was correct. 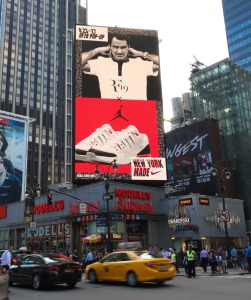 That’s especially shocking when you compare Novak’s fate to those of the two guys who have been his main competitors all these years, Rafael Nadal and my beloved Roger Federer. Both of those champions have come back from being thought of as having their careers mainly behind them, to have amazing years so far.  Truly amazing.  (Through mainly no credit of his own, but rather due to the failings of others, Rafa is, very shockingly, #1 again!  Who ever saw that happening?!  And Roger, who just turned thirty-six(!), has won two of the three Majors titles this year! That hasn’t happened since 2009!)

The woman’s side has it’s own hoopla.  Actually, it’s even moreso than what the men are going through because these are all pretty personal.  The saddest one is that Victoria Azarenka won’t be there competing.  I’m so upset for her.  Here’s her tale of woe: After so many years of one issue or another, she finally looked ready to win this one, especially without her arch tennis nemesis, Serena Williams, there this year. (In case you’ve been living under a rock, Serena is having a baby any second.) For the past several years, Vika, who’s won two Aussie Open titles, has been in and out of competition, after having even been World Number One for a bit. First she had several injuries, then a mysterious break-up with much older boyfriend, Redfoo, (of singing duo LMFAO fame,) and then, seemingly out of the blue, she had a baby!!! No one even knew about this boyfriend, Billy McKeague, the baby’s father. He’s, in my opinion, a no-count. 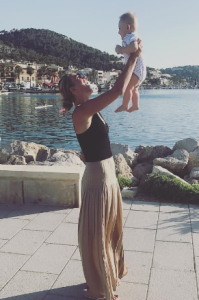 So, they broke-up after Wimbledon, and even though I believe that Leo, the baby boy, was born in Vika’s native Belarus, for some reason he’s in California now. (I think that Billy is from there.) And, in the midst of a custody battle, (which I feel Billy is waging solely for financial gain,) a judge ruled that the baby can’t leave Cali right now! What a horrible judge! And Vika won’t leave the baby for a possible fortnight, (if she would make it to the Final,) so she had to withdraw from the tournament. What an absolute shame. And what a disgusting person her former boyfriend is! How can he live with himself to hurt her like this?! A tennis player has only so many good years. And doesn’t he realize he could get more money from her if he let her compete in this big money tourney??? So he’s also an idiot! This whole situation is such a shame for such a talented athlete.

Then we have the other end of the spectrum with the return of Maria Sharapova. She’s been out of the sport for almost a year and a half due to a doping suspension. (She actually returned briefly in April, but was quickly beset by injuries. And this is her first Grand Slam appearance since she was suspended.) At the Australian Open in January 2016, Maria had tested positive for meldonium, a drug that was newly-banned back then, so her defense was that she didn’t realize it had been banned. But no one seems to like her, so they still suspended her, with a reduction in sentence when she appealed. 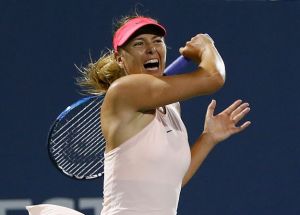 Why she wants to put herself through this, I have no idea. She’s already thirty-years-old, and is one of the most successful athletes, both in wins and financially, in history! She has endorsements up the yin yang, and even has her own line of candy, of all commodities! But she says she’s missed tennis and that her passion for the game has grown stronger, so I give her props for subjecting herself to all the ridicule and mean comments she’s going to have to endure as long as she continues to play.

Which might not be much longer this year because in the very first round of the US Open, she’s going to face Simona Halep, the #2 seed! Maria is ranked 147th in the world right now, so she had to get a wild card from the organizers to play this tourney, which means you get the opponent you get. And this will be a very hard match-up. For both of them! I’m sure Simona would have rather faced a qualifier, and not a former Champion. But at least she knows that the crowd will be routing for her, because everyone hates a cheater, and that’s what tennis fans consider Maria to be.

So, let’s see how it all plays out. I cannot wait! All I really care about is that Roger Federer wins, and that, no matter what, Rafael loses. That’s because I never want Rafa to get closer to Roger’s Majors titles record, especially when he’s five years younger.

[Note: I will try my best to tweet my thoughts along the way, so if you don’t already follow me, please do so now. @MajorCelebrity. I already know that I won’t be able to do much the first two days, but I’ll weigh-in as much as I can.]