Sometimes when I plan one column for a specific day, something else comes along that demands our immediate attention. This is one of those times.

There are a couple of topics from this week’s competition shows that I must address before I explode. 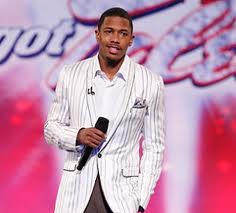 One is: how can the wonderful Nick Cannon not have been nominated for a Best Host Emmy??? Are they insane? He’s perfect! But creepy, phony, old-music-hall-style Cat Deeley did get a nod? I’m flabbergasted, even though I know that the people who vote for these things are not exactly rocket scientists. (Well, that particular group may not get it either since having a good sense of humor is not included in their job description.)

Cat seems like a really nice person, but all she does is pick her fingers, make Ed Grimley-type faces, and act like everything Nigel Lythgoe says is news to her, even though he’s the executive producer, which means he dictates what info she gives out on the show, so she would already know it all. (The show is So You Think You Can Dance, in case you live under a rock. And, in that case, how do you have access to the internet to be reading this?) She’s not fooling anyone. (Except, obviously, the Emmy voters, I guess.)

On the other hand, Nick Cannon, the amiable host of America’s Got Talent, is adorable, charming, and all-around fabulous! He’s BY FAR the best host on TV. He’s my second favorite of all-time, right after Johnny Carson. How’s that for some love? 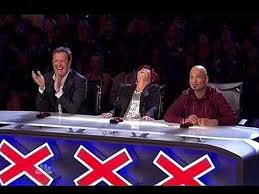 The America's Got Talent judges laughing at Nick's antics the first time he helped-out the singer Sponjetta.

The audience and judges start laughing just seeing him come out of the wings to help-out a poor, otherwise-embarrassed contestant! I’ve never seen a host of a talent show add more to the proceedings than Nick.

His rendition of Just My Imagination, to help out an older man smoothie singer who was less than stellar a couple of weeks ago, was just brilliant. And he made Sponjetta, the woman who sang her original song, Studio, last season, feel special, after the judges very rudely dismissed her. The list of all the nice and hilarious things he’s done for people on America’s Got Talent goes on and on. I love that guy!

Nick on the finale last year, doing Spojetta's original song, Studio, with her and T-Pain. What a nice guy.

I seriously have had to check the list of current Emmy nominations several times to make sure I’m not just missing his name. I don’t get what’s up with that. It’s a travesty, not in the scheme of the world, but definitely in show business. I guess these idiots figure he already has Mariah Carey, so he doesn’t need an Emmy nod, as well. Shame.

Speaking of things I don’t get, did anyone see that horrible performance by a group named Blush on So You Think You Can Dance last night? Mr. X had to reach out and grab my hand to hold, he was so horrified by that debacle.

And this is one of their publicity pix, so this is them looking good!!! Notice they put the only cute one nearest to the camera.

We seriously didn’t know what was happening. When one of the quintet started singing, (and I use that term more than loosely,) we figured her name was “Blush.” But we couldn’t figure out why she had such homely back-up dancers, who couldn’t even really dance! Then we realized that they, too, were wearing head microphones, so “Blush” must be the name of the group.

We didn’t know which was worse—their voices or their faces! It was just bizarre. My former club promoting partner, who was famous for being a cute guy who chose bad-looking girls, would have loved this group! (When one of his and my mutual female pals learned that he could see out of only one, she deadpanned, “Oh, that explains his taste in women.”) [Note: to be fair, the lead singer does have a cute face, and one of the others is passable. But that’s it.]

I took this pic off the TV, just to show what the worst-looking one kept doing with her eye the whole time.

But the absolutely mind-boggling aspect of the whole shebang is that as pitiful as their singing was, it wasn’t even live!!! How can you sing so badly on tape?! I guess that means that’s the best they can do. The funny part was that, after their performance, while Cat was making a weird face when she was begging the audience to “put your hands together for” them, she mentioned that they were giving away a boatload of free downloads of their song. Duh. Who would pay for that caterwauling?

How do no-talents like this get a plum gig like the results show on So You Think You Can Dance? We had never heard of them, (I believe that few have,) so we’re thinking that they may be friends or protégées of Snoop Dogg, because he did a few lines with them. (On the air lines, not dressing room lines, if you get drift.) He must have told the producers that he’ll come on the show with the girls if they get a featured spot.

Speaking of getting my drift, Mr. X said they were like the Spice Girls without the spice, or the Pussycat Dolls without the…

And on that classy note, I think I’ll end my rant. My mother would be proud. If she got my drift!