VOTE FOR J.R. AND KARINA TONIGHT!!!

Well, my begging for votes for Hope Solo, just so Rob Kardashian wouldn’t make it to the final, didn’t work out, and I can’t blame anyone but Hope. Last week, her “dancing” was even worse than usual. And her bad sportsmanship was appalling, especially for an Olympic athlete. 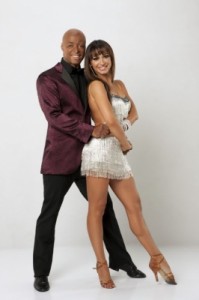 More on that in a sec, but, as much as I’m rooting for J.R., on so many levels, I was a little shocked at his attitude, as well. It’s great to be serious about a competition that you’re in, even one as petty as Dancing With The Stars, but he’s just way too intense when he doesn’t do as well as expected. It’s easy to be happy for him when he’s doing great, but it would be lovely to see him be a good sport when his performance falls a little short, as well. I’m still begging you all to vote for him, though. More on that topic after I rant about Hope for a little bit.

Maks, (Hope’s professional dance partner, in case you’re from another planet,) looked miserable all season, and I think that that’s where his bad attitude came from. In the beginning of the season, he was thrilled that he got an athlete to train, because he assumed that, in addition to having the right training mind-set, she would then be on his physical level, which would then make everything easier. But instead, he got a big, uncomfortable, insecure lummox, and he was barely able to crack a smile during all these long months.

Maks has been frustrated this whole time, and who can blame him? Hope turned-out to be a totally uptight person who needed to be on one of those psychological doctor shows instead of a dance one. Her DWTS’s experience seemed to just worsen her obvious inferiority complex, rather than help it. Even the way she talks is weird and uncomfortable.

And her “dancing” was brutal. How could she not have known how bad she was??? When Maks was just pulling her around, she was okay, because he was doing all the work. But out of hold, ugh. Her two dances the week before last were her best ever, but her hands in the jive were hard to watch. Why didn’t she just close them? That’s not hard to do.

I really do understand Maks sticking up for her when the judges were bordering on cruel a few weeks ago, but there’s no way he didn’t know she was dreadful.

Hope was involved in some big soccer controversy several years ago, and I believe she was kicked-off the national soccer team. The coach had taken her out of a game in favor of a lesser (in just about everyone’s opinion) goalie who wound-up flubbing a few catches, which cost their team the game. After the loss, Hope gave television interviews saying she knows she would have made those saves. That’s just not done in sport, dissing a team member. (Unless you’re Shaq and Kobe, of course.) I’ve heard her state that she learned her lesson from that experience, but I guess it’s hard to change a bad attitude of entitlement.

I’m sure it’s hard to be criticized so much, especially on national television, but an athlete, more than just about any other profession, should be able to hold their tongue. Or at least state it better.

So, Hope and Maks are out of the Dancing With The Stars final, [note: I hate it when people say “finalS,” plural–it’s just one, singular final] and we’re left with the two teams we’ve all expected to be there from Day 1, J.R. Martinez and Karina Smirnoff, and Ricki Lake and Derek Hough, and one shocker, Rob Kardashian and Cheryl Burke, a duo who just skated through the season and are left standing. I’m sure Rob’s creepy family tweeting for votes didn’t hurt either, despite the fact that I still haven’t ever met even one person anywhere who watches their shows, or cares about them even one little whit. Nobody I know even disses them; they’re just a non-topic.

I really hope that J.R. wins because he’s by far the best dancer. The big problem is that we viewers don’t vote for just the supposed celeb; we vote for the pro dancers who we all are much more familiar with than we are with the weirdo beyond-D-list competitors the producers choose. And Derek is, again by far, the most popular dancer on that show. So, voters could possibly make Ricki the winner just because she had the great fortune to get Derek as her partner.

And, from everything I’ve read over the years, viewers really like Cheryl Burke, (though I don’t get that,) and seem to hate Karina. It’s perhaps a jealousy thing because I think most voters are female and Karina’s sexiness is a threat to them while Cheryl’s basic-ness is not.

But dear readers of this E-zine, here’s my plea for fair voting: J.R is the best dancer. Plus, he’s also been through so much pain in his short life that I want him to catch-up on happiness. Outside of being heavy and getting a divorce, two normal things that millions upon millions of people go through, Ricki has skated by in life. And talk about skating by–Rob has had a charmed life, outside of losing his father who I’m about to give you my negative thoughts on, and he’s already gotten more out of this dancing experience than anyone could have expected at the beginning.

So, here’s what you gotta do to vote for J.R. Tonight, if you’re so inclined to do the fair thing: The phone number for J.R. And Karina is 1-800-868-3410 and you can dial it from 8PM-10:30PM tonight. (Again, you don’t even have to watch the show to vote.) And each phone line is allowed only a few votes, so it’s not a lot of work. And remember–don’t let them tell you that “your time zone is currently closed,” because it’s not true until after 10:30PM. You can also vote at abc.com until tomorrow morning.

Okay, so we all get my points about why I really want J.R. to win, right? Good. So now, I have some extra thoughts on the show, which I didn’t want to cloud my message from the first half of this column, which is, (in case you didn’t get it because I rambled on about Hope for a bit): PLEASE VOTE FOR J.R. AND KARINA!!! Here are those thoughts:

Hope Solo just plodded around, with her shoulders hunched over. She did the steps more-or-less correctly; she just can’t dance. Some people just have no dance ability, no matter how hard they try. I do think that Hope tried hard and gave it her all, but she just has no dancing talent. Most people don’t, as a matter of fact. Just go to a white person’s wedding. Or worse, bar mitzvah. (Although Jewish girls really can dance, for the most part.)

I know one or two people who try really hard in this category, as well, with no luck. I’m sure they think they can dance, but talk about denial. I know what I suck at, which is almost everything athletic, (except for pool, basketball, and volleyball,) and playing any instrument or singing. So why doesn’t everyone??? (Know what they suck at, not what I do!)

But I was shocked at what a bad sport Hope was! She and Maks did get screwed, though, with missing out on all the publicity afforded to the earlier-eliminated contestants. (No Jimmy Kimmel rant for them, no GMA, and most likely nothing else—the show had already moved on to promote their finalists. Rude. It’s the rush job that the first runners-up get at beauty pageants.)

A note regarding how J.R. Twisted his ankle last week: that’s why your not supposed to dance with sneakers on wooden floors! They just don’t give enough.

I’ve read tons of comments about Maks’ actions this season, on many sites, and I can really see both points. But I agree with the most prevalent view, which is that Carrie Anne is an unknowledgeable bi-atch and Maks is correct to speak his mind. Carrie Ann and Bruno Tonioli are not–I repeat, are not, ballroom dancers, so who are they to judge champions like Maks and the other pros??? Len Goodman is the only one on the panel who is qualified.

Some commenters have the same thought about Carrie Anne that’s occurred to me over the years, as well–that she has an unrequited crush on Maks, like girls in old-time romance comics, and that’s why she’s always ragging on him and talking down to him. Like last week when she reprimanded him, “You can smile all you want, Maks, but” blah blah blah. He wasn’t doing anything, but I think she just wants to try to create some drama with him. Get in line, honey!

I still want J.R to win because he deserves it, but over the last two weeks he’s lost me a bit with his way too intense intensity. He’s always been a good sport when he’s ahead of the pack, but not behind them. That’s the only part that’s unattractive about him. David Arquette would have laughed off the mistakes while privately agonizing over them.

Are we not supposed to notice that Bruce Jenner looks like a woman? Especially when he’s wearing two little diamond earrings, as opposed to hoops. And his wife looks like a man, so there you have it– their connection in a nutshell!

Also, this I’m sure is in the category of letting dead dogs lie, but I have to say it. I really believe that Robert Kardashian, Senior, knew that OJ killed his wife and Ron Goldman, (a guy who was starting a business with my friends, and whom I was supposed to meet the next week, by the way) and that Robert Sr. helped OJ cover it up, rather than report what he knew. I was really hoping that he would have been man enough to leave a note confirming (or even denying) that fact, to be opened upon his death. I could be wrong about it all, but I really don’t think so.

Okay, now that I’ve brought the room down a taste, I’m out of here. I have to gather all my phones to have ready to vote for J.R. and Karina tonight!