Trending
You are at:Home»TELEVISION»TELEVISION:IDLE (AND IDOL) TELEVISONS THOUGHTS FOR JULY
By Karen Salkin on July 15, 2010 · TELEVISION

Knock on wood, Clarence is hanging in there, so I can post my thoughts on some of this summer’s television shows, all in the reality genre, I just realized! But not the creepy Bravo kind-of reality. I watch only talent shows, in this category. (And Biggest Loser, just to make sure that I’m not one!)

But first, my brilliant ideas for American Idol, not that they asked. 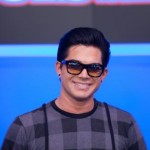 Here are my thoughts on who should replace Simon on next year’s American Idol: how about Adam Lambert!!! He’s intelligent, very musically aware, really fun, and is not afraid to tell the truth! (He does soften the critiques up a bit, though, which would be a pleasure for everyone.) And we’d get to soak in his physical beauty every week, and look forward to seeing the styles that at least one person will be rocking! (This year’s contestants were the absolute schleppiest ever, including the first season, before they had stylists. Maybe they didn’t have any this year, either, because I never saw such bad attire on TV!)

If they want to keep it gay, but without the glitz and glamour, how about Neil Patrick Harris? I was never of a fan or his until last year’s Tony awards, and I think he’d be great. He can sing himself, and his comments would be funnier than Ellen Degeneres’. (They need to drop her, btw. I don’t know anyone who thinks she added anything this year, other than to further waste our time.) He was a guest judge this past season, during the original auditions on the road, and was really great.

If they want to go straight, I would love it to be Harry Connick, Jr., whom I never ever cared about until he was a mentor this season. He turned-out to be funny and charming, and I was thrilled that he told the idiot judges that there’s no such thing as PITCHEY!!!

From the beginning, I thought it would be music producer David Foster. He’s even more unpleasant than Simon, so they’d still have the acerbic judge. He was a judge on an inane celebrity duets show a few years ago, and was trying to equal Simon even then. And, having produced Celine Dion and Josh Groban, to name a few, really does know the music business inside and out.

I can’t believe that I’ve never written about this one! I love Nick Cannon! I always start a column about him, and then forget to finish it. I don’t know what everyone’s problem is to bash his marriage to Mariah Carey, but I can totally see why she loves him. As one who knows, I can’t tell you how much fun it is to be with a funny mate. For me, there’s no other way.

And, Nick’s become a really good host this year. I still hate when he puts on that stupid forced smile, though, because it makes him look deranged, but in every other aspect of the job, he’s wonderful. He’s kind to the contestants, funny, charming, and willing to do whatever it takes to make everyone happy, including having knives thrown at him by amateur daredevils, and doing dance routines with poor contestants who sorely need the help. I love this guy!

And with the replacement of the worse-than-dreadful David Hasselhoff (though my little mother thought he was handsome somehow,) by Howie Mandel, Mr. X finally watches the show almost willingly!!! Howie is definitely funny, keeps the judges comments moving along, and adds a touch of humanity to the proceedings. I’m just about positive that he insisted they keep the funny fake magician, Chips Cooney, for the voting shows, which Piers Morgan, the super-negative judge (unless its pudgy, half-naked women) fought against tooth and nail. I can’t believe he didn’t realize the guy is a comedian and not a real magician!

Speaking of Piers, even though I have a basic disdain for him, he has gotten several acts right this season, which has not been the case in past years, so I have to give him half a prop.

My main complaint with the show, in general, is that they put way too many weirdos through to the voting show. Way too many. It’s just not fair to the people who actually have talent, which the show is supposed to be about! [Note: they always tell stupid acts that they’re “what the show is all about,” but I guess they need me to remind them that it’s really supposed to be about who has got talent!!!] They somehow think it’s funny to put these human oddities through, and they get all serious and weepy about it. That aspect of the show has never changed since Season One.

For example, they just advanced a weird older Indian man who does bad impressions and acting bits. He’s clueless and possibly insane. And some old woman “singer” who looks like a bad Andy Kaufman or Cheri Oteri character! And worse yet, a “music” group who play…air guitars!!!  I’m not making this up. But they left out lovely guys who can sing, a couple of excellent magicians, and tons of wonderful dancers–in other words, people with TALENT! It really ruins the show. They should save those for the show I’m going to produce next summer, entitled America’s Got Weirdos.

As with Piers above, though I’m usually really turned-off by Nigel Lythgoe, I have agreed with him more often this season than usual. And I really applaud his admitting to the fact that the girl tap dancer, Melinda Sullivan, should have been dismissed earlier than she was. So, semi-good for him this season.

On the other hand, the inane host, Cat Deeley has gotten more caricature-ish than ever, though I also applaud her for being very sensitive to the contestants. But her crazy facial expressions are worthy of the man who has just got to be her childhood idol, British funnyman Benny Hill. Who makes faces like that in this century???

But, she did do one thing during the Top 8 competition show that made me like her a whole bunch, (even if that turns out to be temporary. But actually, I don’t dislike her–I just think she’s an annoying host.) The judges were bagging on AdeChike, for like the gazillionth time, and said that he shouldn’t have added his style to a Bollywood number. I had just told Mr. X that they were going to do just that, but that a couple of weeks before, they had lauded the least good dancer, Jose, for doing the same thing AdeChike had just done! (Adding his own style to a Bollywood number.) And this time, Cat butted in and pointed that out to the judges! Good for her! I thought that was really great of her.

I’m sure everyone knows this horribly sad news by now, but poor Alex Wong is out of the competition, through no one’s fault. The best dancer I’ve ever seen in my whole life, he tore his Achilles tendon last week, had it operated on, and has to lay off it for the next three months. I’m sure we all pray that this doesn’t diminish his amazing dance prowess in any way, when he returns.

So, just when I was planning to announce that after his recent jaw-dropping hip-hop routine, I had changed my mind to that he just had to win (over the popular Kent) this season, I now feel that Kent is definitely the winner. Although, Jose, the worst dancer left, also seems very popular, and just might give Kent a run for his money. I think there’s no chance of one of the girls winning, though they’re excellent (especially Ashley.) The judges are trying to influence the public to get rid of wonderful dancer AdeChike, and Robert and Billy seem to be too gay for the voters. So, I’m sure that it will come down to Kent and Jose.

Speaking of Ashley, now she injured herself, and we’ll see tonight if she’s the one who has to leave. My feeling, is even though the injury automatically puts her in the Bottom 3, if she is able to dance in even the next two days or so, the judges will keep her in because otherwise, there will be only a single female left in the competition! The producers may be re-considering their non-partnering design this season because it seems like the guys are always better than the girls. (Except in the case of stunning dancer Allison, who got voted off 8th in Season 2! Glad she’s back as an All-star this year.)

On the AdeChike front, I have feeling the NAACP got hold of them after last week’s incredibly cruel and rude bashing of him. Mia had to apologize the next night (I feel she was forced to by the higher-ups,) and they were extra-kind last night.

I know they love Robert and Jose as people, but one of them should be the one to go tonight. They’re the weakest. Billy’s incredible, if he could just not TALK. He’s so sweet, but just way to gay for this audience. And his yellow teeth really turn me off. And his secret snuggling up to Kent when Alex was being let go last week was just downright creepy! But he’s an amazing dancer, and I’d love him to be in the Top 2 with Kent.

And, always, I’ll pray for Alex’s quick and total recovery. And now, Ashley’s, as well. If this keeps up, they may have to change the name of the show to Last DANCER Standing!

Quick thoughts on this one: they actually have some every funny people this year, but totally screwed most of the funniest ones. Who are these judges? They’re three unknown stand-ups who probably had to audition for their jobs, and though the two males do have some funny things to say, to us viewers, it’s like the blind leading the blind. Or high school students choosing the star of the school shows. It’s just wrong.

There should be professional judges, like comedy talent coordinators or something. It’s just too blah. I’m glad the viewers get to vote now, but there are only about four really funny people in the Top 10, so there’s not to choose from.

I’m rooting for Tommy Johnagin, the guy in glasses, who wore a pink shirt in the semis. I really don’t know anyone else’s name, and I even had to look his up. Shame.

I haven’t watched this show since the days when they made the contestants live in a house togher and be rotten to each other. This just-performances format is so much better. And the new host, Craig Robinson is somewhat entertaining himself without pushing, so even Mr. X watches this one willingly, too.

That’s the TV scoops for now! It appears that the powers-that-be at …Dance must read this column, because they seem to answer what I’m saying! So, keep up the good work! Maybe the producers of the rest of the shows should follow suit.