Trending
You are at:Home»Uncategorized»TELEVISION: THE X FACTOR
By Karen Salkin on October 19, 2011 · Uncategorized

This is my first real review of The X Factor, now that I’m finally up-to-date with it, as of this writing. [Note: They threw in an unscheduled re-run this week, which really confused me for a bit. And I’m behind two shows again because of my travel sked.]

So now, I can finally share my many thoughts on the show. I, of course, have several complaints about it, but first, one detective-worthy theory about the Cheryl Cole controversy. 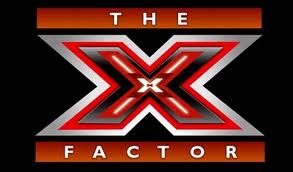 For those of you who haven’t been paying attention to all the drama, and I have a feeling that’s just about everyone who has even a modicum of a life, here’s what happened: Simon Cowell, who produces it in addition to being the main judge, had hired British singer, Cheryl Cole, to be one of the quartet of judges. And then, after a couple of weeks on the road for the auditions, he unceremoniously dumped her! His reason? That we Americans would not be able to understand her English accent! How insane is that? He’s English, the so-far-semi-annoying host, Steve Jones, is too, and just about every other host who should be American is a Brit, as well! And, if we’re even listening to what they’re saying, which I highly doubt, we get all of their inane patter, so why wouldn’t we be able to make-out what Cheryl’s saying?

She’s beautiful, talented, and actually had good enough comments. Before the premiere, with all the drama about her firing, I was really curious to see just what kind of mess she was and the answer is…not at all! So, here’s why I think she was fired: to stick it to Simon’s old nemesis, (and rumored love interest, that the two of them did nothing to deter during Simon’s years on American Idol,) Ryan Seacrest! 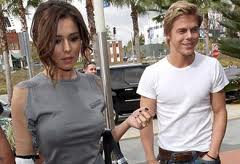 Here’s how I figure it: At the time this all went down, Cheryl was seeing Derek Hough, the best dancer in the world, in my humble opinion. Derek’s sister is Julianne Hough. And we all know who Julianne is dating–Ryan Seacrest!

So, Simon figured if he makes Cheryl miserable that in turn will upset Derek, [note: it worked—they ultimately broke-up because of it, in a round-about way,] and if he feels bad, it follows that his little sis, and best bud, Julianne will feel awful, which will lead to her sharing her misery with her beau, Ryan. I can just hear Simon belting out a villainous roar as I write this.

Mr. X has a much different, and much simpler, theory on the firing, though—Cheryl simply didn’t have a big enough house for the stupid round at the judges’ houses! Perhaps he’s correct, even though the round should rightfully be called “outside the judges’ houses,” because it appears that no one was allowed inside, and all the auditions were held outside the homes. And I was really looking forward to seeing the reaction of the little girl who wants her own bathroom when she got a load of one of Simon’s French ones! Oh well. She’s probably even more disappointed than I am about that.

Now to my complaints. At least three quarters of the auditions that I’ve watched must come across very differently on TV than they do there in person because most of the judges appraisals leave us scratching our heads. On other “talent” shows, the judges miss occasionally, but these guys are just crazy in their assessments.

So many of the acts that the judges fawn over do indeed have the “X” factor—they would get “X”-ed from other talent shows! 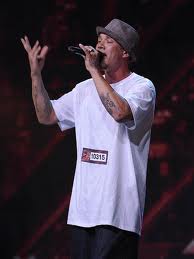 And the judges seem to keep forgetting that the show is supposed to be about singers who have something special—that’s what the term “the X factor” means! Several of the Top 32 do have the ability to sing, but outside of a few, like Chris Rene, the recovering drug addict, and Melanie Amaro, who sang Beyonce’s Listen in the first audition, (and, thank the Lord, did not have a sob story!,) they don’t have anything extra to recommend them. The only singer I’ve ever seen who has the real X factor is Adam Lambert. His voice and delivery are heart-stopping. While I do enjoy some of these newbies, there’s no one like that on this show.

Perhaps the biggest Y of all, though, is Y do all the contestants have to be nervous, cocky, arrogant, and have a sob story? It’s like musical version of the fifties television show Queen for A Day! [Note: Google it. I did for this column and it’s really enlightening.] Why can’t a nice person who can sing, is confidant, and has an otherwise happy life be in contention? You know that will just never happen, here or on any other show of this ilk.

My last complaint does not belong to this show alone; it happens on all of them, even the ones with supposed celebs as contestants, though to a lesser degree on those. It’s the numerous cliches that just about every one of them utters, including (but far from limited to): “this is everything to me,” “this is my last chance,” (“until I try-out for the next show” understood,) “I’m going to be a superstar,” “I’m so nervous,” “I’m not going home,” “I want to show America,” “I’ve waited my whole life for this,” (I love when the young ‘uns say this!,) and “it’s what I live and breathe for.” Those stupidities make me want to root against them!

It’s everything to you??? Really??? Not your families, friends, health, helping humanity, curing cancer, and world peace? But a talent show??? As Johnny Carson once said to me in my early days of reviewing restaurants when I ate hardly a variety of foods, “Give me a break here!”