Trending
You are at:Home»TELEVISION»TELEVISION: THE VOICE—SEASON 6
By Karen Salkin on March 28, 2014 · TELEVISION

There’s really not much to dissect about this show. Most of the contestants can sing, but Mr. X and I do scratch our heads over some of the people who were chosen and some who deserved to be but weren’t.

No matter what, they’re all a zillion times better than the no-talents on the other singing competitions, and it’s a shame that so many of them have to be cut after the first “battle” rounds. (In case you don’t watch the show, that’s where two people on the same “team” [more on that inane concept in a second,] do a duet, and no matter how fabulous or professionally-performed, one of them gets cut by his or her mentor.)

So far this season, the stand-out stars are Josh Kaufman, who’s on Adam Levine’s team, and Sisaundra Lewis, who’s on Blake’s. If the final doesn’t come to those two, this contest is fixed! (As a matter of fact, a couple of weeks ago, there were several exposes written stating that the contracts the contestants sign before appearing on The Voice state that the producers can override the viewer vote any time they want. Delightful, eh?) 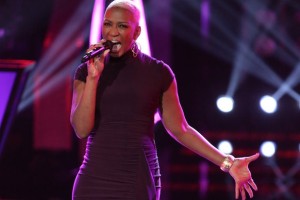 But I wish they’d come up with some term for each coaches’ singers other than “team.” There’s no team in this situation at all; it’s really just every man for himself. This concept is actually the opposite of team! It should be something more like “stable,” but I know they’d never go for that one.

In this first battle round, one of the other three coaches can “steal” the singer that his or her own coach lets go.  It’s great that so many of them get second chances, (and even third ones, which comes next week,) but the show keeps ruining the drama of if there will be a steal, by telling us one is coming in the next segment.  So there’s no drama in those instances.  Conversely, they let some of the steals occur way after the rejected contestant has left the stage, which gives them hope way too long, just to be let down harder when they realize they didn’t get one.

The coaches also need to stop saying that each decision is “the hardest one.” They seriously say it every…single…time. We know it’s hard—we’re watching the proceedings! You guys don’t have to keep saying it! When it’s repeated endlessly, there’s no more drama to the words. Ever. 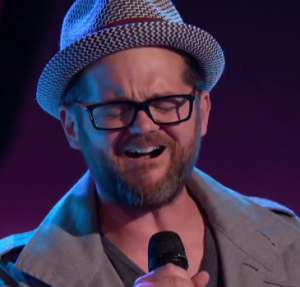 And here’s something full-of-beans: Aloe Blacc, who’s a guest mentor for Adam Levine, told Josh Kaufman, who has the best voice on there, to do more “connecting,” and advice like that. But this show is supposed to be all about the voice, not anything else!!! That’s why it’s called The Voice!!! Duh. And Aloe wasn’t particularly nice or kind while he doled out that advice. And who is he, anyway? He’s been around for less than a year, and few know who he even is, including Mr. X and me. We had to look him up, and he has far from a major track record.

I do like many of the contestants this season, even with some of my favorites being let go, but I just can’t stand one of them. And idiot woman has named herself “Music Box.” How obnoxious can one get?! They mentioned her real name once, and it was actually a good one. She should be eliminated for full-of-herself moniker alone!

The show made me really realize something recently: There are so many good singers in the world, but so few successful ones. We see literally hundreds of excellent vocalists on these shows combines each year, but it seems that maybe one gets famous from them. No one from The Voice or America’s Got Talent has gone on to real fame, (I’ve actually never heard of any of them again!,) and just a handful or two from American Idol have found success. It’s really a heartbreaking business.

And they’re all told to “keep going,” and “don’t give up.” But the business is just sad. For the first time in my life, I’m sort-of glad I can’t sing, so I never had to “chase my dreams” in an area that works-out for so few. (Boy, how maudlin am I today???) 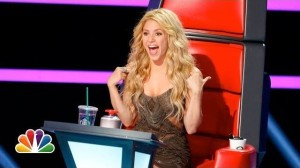 Before I go, here are some thoughts on my favorite mentor, Shakira. Even though she really can’t sing at all, I’m so glad to see her back on the show because she’s one of the few female celebrities who I think is absolutely adorable, and honest, and so not full of herself. (I actually started working on a list of female celebs I admire, just because I wanted to laud her. I’ll publish it in the next month or so.) She also has the best English vocabulary! It’s so impressive.  And so much more extensive than just about every other English-speaking celebrity today!!! She’s very intelligent, and clever, too.

I love her so much that I had this repartee with Mr. X while we were watching the show the other night, when she mentioned she doesn’t drink, which I don’t either: “Shakira doesn’t drink? I love this chick! She’s adorable, smart, can dance, and doesn’t drink.”  Mr. X: “And she can’t sing.”  Me: “Oh, she IS me!” Obnoxious, but it made Mr X laugh, so he told me to include it here.

And lastly, I’m getting a little tired of the same old same old with Blake Shelton and Adam Levine, but this is a funny group so I think I can stand them for the rest of the season. I guess I’ll have to, if I want to keep watching The Voice to balance out the ear bleeds I get from American Idol!