It was just impossible for me to sit through all the new series as soon as they aired. I needed some space in-between them because, I’m sad to report, there is not a real winner in the lot. And I wanted to watch the sitcoms with Mr. X because I wanted to make sure that my opinion was a fair one, and he’s a really good judge of comedy.

So here are my reviews of the second bunch of shows that I got through; I’m afraid they’re only in the categories of Brutal and Promising this time. There might be one more set of reviews coming out in the next few weeks because I just haven’t been able to yet force myself to watch The Tomorrow People (CW) and Once Upon A Time In Wonderland (ABC.)

[Note: I decided to dispense with my negative review of CBS’s We Are Men because it got canceled after just the two awful episodes. NBC’s Welcome To The Family got canceled, too, but that one looked like it had promise, at least from the hundreds of promos I saw for it.]

Super Fun Night (ABC)–Boy, is that title misleading! The only part of that they got right is that it is indeed on at night. But it is far from “super,” and there is nothing fun about it, except having it end. Everything about this one is bad, so no need to go into much detail. I’m not really a fan of Rebel Wilson to begin with, because she just always seems so miserable with herself, but she is definitely not funny at all without her native Australian accent. And to end the pilot episode with a girl that heavy struggling to put on Spanx was actually kind of offensive. It’s considered politically incorrect to make fun of overweight people, and even though this underwear bit was probably Rebel’s idea to begin with, it’s just sad, and rude to all the girls who really do struggle to get dressed every day. I haven’t read anyone else’s review of this show, but I can imagine that most people are not happy with it, either. 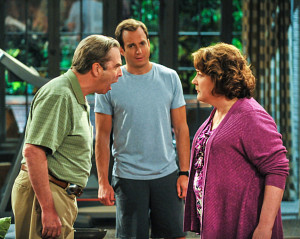 The Millers (CBS)–How this pathetic, annoying show got a full season pick-up is beyond me. I recognize that the grown-up actors, (Margo Martindale and Beau Bridges,) are well-regarded, but this material is below them. I’ve never found Will Arnett or the redheaded woman from Glee funny, but I usually do get a chuckle from Nelson Franklin, who had a good turn on New Girl last year. But the show is just not funny. Period.

Dracula (NBC)–I really couldn’t get through even the pilot of this one. It’s basically just another stupid vampire drama, only it’s really confusing. They paired it with Grimm on Friday nights, so it may find an audience, but not in this house. Enough said.

Sean Saves The World (NBC)–[Note: I read this after I saw just two episodes. If you missed the more recent update on my love for this show, you can check it out here: itsnotaboutme.tv/news/televisionkarens-rants-help-me-help-sean-hayes-save-the-world.] I’m probably as shocked as you are that I’ll be going back for the third episode of this sitcom starring Sean Hayes. Mr. X and I struggled through the pilot, hoping it would be over soon, so I could sit down and write my negative review if it. But at the last second, Thomas Lennon, who plays the boss, made us laugh, so we decided to go back for the second show. (I had never seen him before, so I looked him up, and was shocked to see that he had so many credits and shows I had never seen, many of which I had never even heard of before! And people think I watch a lot of TV. I guess not.)

The second episode was far superior to the pilot, so I guess the producers realized they got lucky to get a pick-up at all, and then tweaked the writing and some of the portrayals. We actually laughed several times, and will probably go back for more.

At the latest update is that earlier this week, they got an order for five more episodes. So do yourself a favor, and if you haven’t watched the show yet, get caught up on it. Except for the inferior-to-the-rest-of-the-episodes pilot, of course. 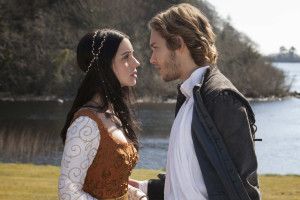 The oh-so-attractive leads of Reign.

Reign (CW)–What do I say about this one? I’m a little bit embarrassed to admit that I like this show about Mary Queen of Scots moving to France in order to help her country, but I have always been a CW chick! History buffs have their panties in a bunch over all the historic inaccuracies, but if you know nothing of this period of time, like I don’t, you can just take them as characters, and not historical figures. I have a feeling the only thing that’s true is the existence of some of the players, and their names, but not the plots. And let’s face it, no one with that much intelligence watched this show. (Except for me, of course, who despite my 147IQ, loves this teen-age crap!) I’m sticking with this one! And now I’ll have longer to watch, because they just got a full season pick-up.

[If you missed my more extensive reviews of the many shows that debuted earlier in the season, you can read them here: itsnotaboutme.tv/news/television-new-fall-television-shows-2013-part-i.]