It’s been four long years since I reviewed the new network shows on TV each season. There are always new series coming, and there never seems to be a real schedule of what’s going on. And all anyone seems to care about anymore, anyway, is cable shows.

But fans of INAM have been asking me to do it again, so, always eager to please my readers, here I am. I really have no idea where I found the time, but I’ve watched just about all of the twenty new shows that have aired to this point. 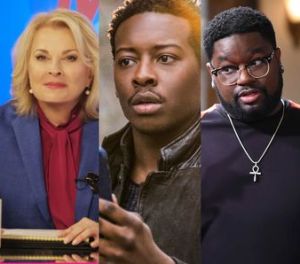 Why no cable shows, you may ask? Or ones on services I’m not interested in, such as Netflix? Because, even though Mr. X and I are original owners of an old school satellite dish, (like the ones in bars,) which means that even before Dish and Direct, we received more television channels than just about anyone else in America, I’ve always been a simple network series girl.

By the way, these mini-reviews are going to be much less in-depth than in the past, to accommodate today’s crazy-short attention spans. (So sad, right?)

If it has “RR” next to it, that means I already put it in my “regular rotation.” For now. And if it has “1D,” that means “one and done.” If it has no denotation there, that means I could go either way on it, most likely watching occasionally, but not seeking it out.

Let’s get to them, in the order their pilots aired:

Rel (Fox)–Funny enough, and sometimes a lot. I love this guy! (RR) 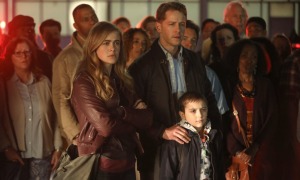 Magnum P.I. (CBS–series revival)–The only episode of the original Magnum that I ever saw is the one that Mr. X was on! And even though I used to be a Tom Selleck fan, (when he was gorgeous, waaay back in the day, and before I knew about his NRA mishegas,) the rest of that cast was unappealing to me. So, having not much to compare this re-boot to, I accepted it on its own merits. Or lack thereof. And even though I like non-heavy detective dramas, whose stories wrap-up in one episode, this one was a snoozefest. (1D) 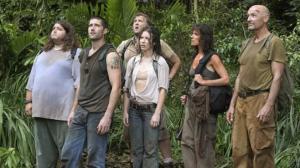 Manifest (NBC)–This is one of my top shows. It may wind-up getting weird, ala Lost, but I’m down with it for now. (RR)

New Amsterdam (NBC)–There was a different show with this title before, a decade ago! And I was the one who watched it! Because the star, Nikolaj Coster-Waldau, (who has since found success on Game of Thrones,) is gorgeous, not because the show was good. But this one may be even worse. And with no one good-looking on there, I doubt I’ll watch it for much longer. But my friend, Betsy, just became a nurse at Bellevue Hospital in New York, the place this medical series is based on, so I’ve been giving it a brief whirl. 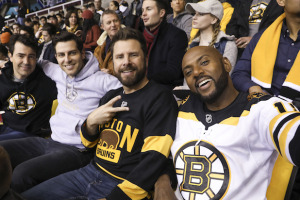 A Million Little Things (ABC) (RR)—I don’t really like this one, but it seems that I can’t help myself! There are just too many little mysteries inherent in this Big Chill wannabe for me to quit it! (But the biggest mystery is why the obvious French woman has a gruff redneck-type American father!) (RR)

Single Parents (ABC)–Funny, funny show so far. It’s really not that clever, but it’s keeping me laughing, especially the kids, so I see myself watching it as long as it lasts. (RR) 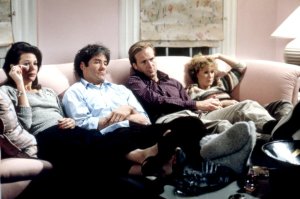 …and The Big Chill.

Murphy Brown (CBS-series revival)–As with Magnum, I did not watch this show the first time around. I tried to once, but even though I acknowledged Candice Bergen’s excellence back then, the rest of the cast did not cut it for me. And I’m sure I was much too busy clubbing to watch TV back then. (1D)

The Cool Kids (Fox)–I could not force myself to watch more than three minutes of this drivel!!! It’s in a four-way tie* for worst show of this season, by far! There’s only one piece of good news here, and it’s for Vicki Lawrence only—she looks sooooo much younger than her male co-stars!!! You go, girl! (Less than 1D!) *(With The Connors, I Feel Bad, and The Alec Baldwin Show.) 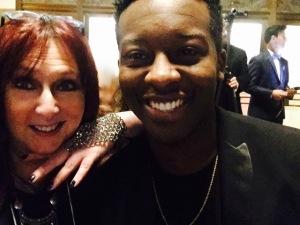 God Friended Me (CBS)–I do have to admit that this one is kind of dumb, but I love the star, Brandon Michael Hall. I met him last year, and he’s even more darling in person. He’s adorable, especially his sparkling teeth, (which are real, by the way!) I don’t think this show will last long, but I’m in it while it’s on. [Note: It does torture me that the characters can get around NYC so quickly, though! Take it from up-until-recently bi-coastal me that it’s just not possible.] (RR)

The Neighborhood (CBS)–Sometimes funny, sometimes not. And I wish Cedric the Entertainer would use his real name for the credits.

Happy Together (CBS)–Occasionally funny. It’s interesting that the producers chose to make the couple black, with the girl being bi-racial, while the rock star, (who is based on Harry Styles,) is white and Australian. That’s a truly diverse cast, which is exactly how to do it when the characters’ ethnicities don’t matter. I really appreciate that aspect of this show.

I Feel Bad (NBC)–I had such high hopes for this one, from the cute trailers, but it’s unwatchable, on every level. (1D) 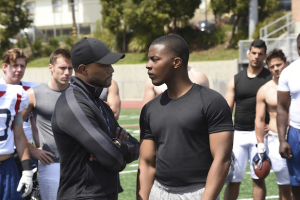 Dancing with the Stars: Juniors (ABC)–I, of course, love this show! Which means that I have so much to say about it, all of which you can read right here: itsnotaboutme.tv/news/televisiondance-dancing-with-the-stars-juniors. (RR, of course!)

All American (CW)–I’ve been a big CW girl from the get-go, but then they turned into sort-of the “all-vampire-and-supernatural-things” channel. So I’m glad to see this regular-people story on that channel now. I just hope nothing bad happens to the lead teen’s lesbian pal, but I’m not holding my breath for that storyline to not be horrible. If they harm her, I’m out. Otherwise, count me back in to the CW. (RR) 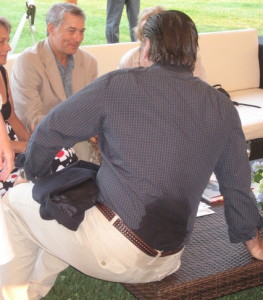 The Alec Baldwin Show (ABC)–I could not get through even a minute of this one. He’s an ass! (And I don’t mean “a piece of!”) I have several too-long-for-this-space stories about Alec, but suffice it to say that I’m not a fan. I actually was, when we did a movie together way back in the day. (I asked to be cut out, though not because of him, and they obliged me!) I was the only one on the set who didn’t hate him. But then I met him again at a party the Kennedys threw in the Hamptons, and he was disgusting. And my dislike of him got worse when he usurped Darrell Hammond’s position as the Trump impersonator in SNL. He does well enough, but Darrell was waaay better, and deserved the gig. (I know, I know—it’s not Alec’s fault if Lorne Michaels chose him. But he could have turned it down—he has enough other gigs.) (Less than 1D!)

The Conners (ABC)–Way back in the day, I met Roseanne Barr through a friend, and she’s just as awful a person as you’ve read and heard. So I never watched her old show, which did not look up my alley at all, even if she was Mother Teresa! But since she was fired from this re-boot, and I was perhaps the first to suggest that they now do the show without her, Mr. X wanted to give a try, and I wanted to be a good girlfriend, so I watched with him. And, OMG, is that an awful show!!! I could not even look at anyone on there. Now I see why most of show business features attractive people. That is one gnarly crew. The writing was dreadful, too. I really want my half hour back, perhaps even double for how long watching that abomination felt like it was taking. (1D—Duh!)

The Kids Are Alright (ABC)–Why are there so many Wonder Years wannabes? This is yet another one, so I gave it a black mark before it even began. It wasn’t awful, but it was very far from good. And worst of all, there was no Winnie!!! (1D)

The Rookie (ABC)–Even though I did watch every episode of Castle, I’m not a Nathan Fillion fan. I can’t put my finger on it, but I just don’t trust that guy. However, this new non-painful cop show is exactly my cup of benign tea. (RR) 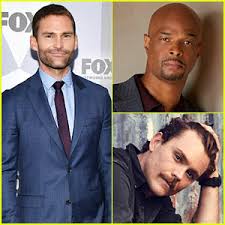 The only two new shows I haven’t seen even a second of are Charmed (The CW) and FBI (CBS). Just not enough time in life.

And one last note about the sort-of re-boot of Lethal Weapon (Fox,) even though this is the show’s third season. I was crushed when they fired star Clayne Crawford at the end of last season. I don’t know the truth of what happened on set to make that happen, (it was supposedly a major clash with equal co-star Damon Wayans,) but Clayne made the show, in my opinion. However, since it had been my favorite show of the past two years, I decided to give this new situation a proper chance. And then, just when I’m finally getting used to the new guy, (Seann William Scott,) Wayans says that he’s quitting the show!!! Why didn’t he decide to leave at the end of last season, and then we could have kept Clayne??? I can’t wait to see what’s going to happen to it now.

And there you have it—the new TV season in a nutshell! Do you guys agree with me? Or think I’m totally screwy on any of them? Please feel free to let me know in the Comments section below. (And don’t get deterred when the form asks for your email address—that definitely does not get published!)