Trending
You are at:Home»TELEVISION»TELEVISION: DANCING WITH THE STARS–SEASON 13
By Karen Salkin on August 31, 2011 · TELEVISION

This may just be the crappiest season of Dancing With The Stars yet.  My mother has a fabulous new aide, Jacqueline, who’s from Jamaica (the real one, not Queens,) who loves the show, in general, and when I was just reading her the list of participants, she asked, “Why are they calling them ‘stars?’ ” (Read it with a Jamaican accent–much more effective.)  I’m sure that’s all of our sentiments. 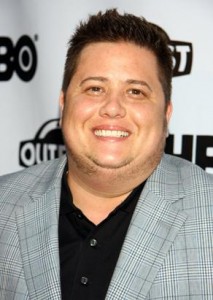 My little mother, who usually loves the show, too, knew only Chaz Bono.  She finds it kind-of strange, as I’m sure many of us do, that we’ll see a transgendered person, who we all know as a female, dancing with another female, especially since all the dances look somewhat sexy.

I’m pretty surprised that Chaz is putting himself up for this public scrutiny.  Cher will leave the country, if only emotionally.  In actuality, she’ll probably just get a double-dose of Botox so that no expressions can register on her face while she sits in the studio audience, putting up a brave front.  I don’t even like her, personally, but my heart does go out to her. 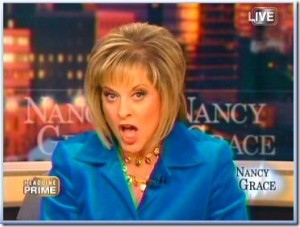 And why Nancy Grace, who, usually rightfully, is hard on the vermin of the world, would put her own self up for public ridicule is beyond me.  I’m seriously scratching my head over this one.  Everyone in the world will go after her.   I almost can’t bear seeing that, either.  Even though we know It’s Not About Me (.TV,) this is almost too painful a show for me this year.

The person I’ll be rooting for is J.R. Martinez, about whom I recently read in an issue of Screen Actors Guild magazine.  He’s an Iraqui War vet who somehow wound-up acting on the soap opera All My Children.  It’s a touching story. 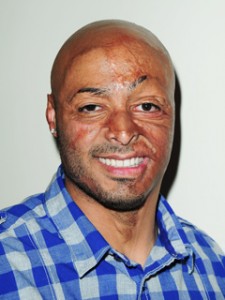 In the line of duty, he was burned over forty percent of his body and face.  With all his post-war success, he’s given hope to plenty of other war veterans and is an inspiration to everyone who knows his story.   So now, by being on a stupid, shallow TV show, he can help many others, as the lovely Petra Nemcova was able to do last season.  Even though I believe in total fairness, and always hope that the most talented and entertaining person wins shows like this, celebrity or not, this time  I hope that everybody in the country votes for J.R.  It would be great if he can really dance, so that the votes are fairly earned, but no matter his level of grace and ability, I’m rooting for only him.  I hope you join me.

[In case you haven’t read it elsewhere yet, here’s the rest of this season’s cast, though they’re mainly wastes of time, and nothing close to being “stars”: Ricki Lake, Ron Artest, Kristin Cavallari, David Arquette, Chynna Phillips, soccer player Hope Solo, Rob Kardashian, and George Clooney’s ex, Elisabetta Canalis.  Solid credentials on that last one, eh?  I guess I should have dated someone more famous than Mr. X when they were asking.]