Trending
You are at:Home»TELEVISION»TELEVISION: BIGGEST LOSER UPDATES
By Karen Salkin on February 2, 2012 · TELEVISION

I rarely write about Biggest Loser, even though I’ve watched every episode over the years. I hate the inanity, but love to see people’s health, looks, and lives improve with hard work. There’s never anything much to say about it. Some contestants are creepy, some are nice, and all the drama is contrived, as far as I’m concerned.

But what happened on this week’s episode needs addressing. The teams treated newcomers Adrian and Daphne like pariahs, and I don’t know how they can get away with it. The red team has two absolute bi-atches on it, and I don’t understand how the others are not voting them off when they have the chance!!! 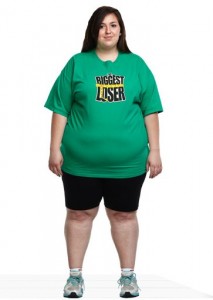 Condra is just poison. (I, unfortunately, know someone like her, only it’s an older man who should know better. Somewhere down the line, I’ll tell you a personal story that will make all your lives look rosy.) I just hate that rotten people like this one are allowed to get away with it. From Day 1, she’s started trouble with different contestants, and gets them thrown off! While it’s obvious to us, the audience, what she’s doing, the other members of her team don’t seem to get it.

A few weeks ago, she started a drama with Cassandra, a girl from the black team, and they made a physical challenge out of it, which Condra lost fair and square. But, rather than graciously accepting her defeat, she lied and said the other girl cheated, which we all know she did not. Cassandra was kind enough to agree to a do-over, which already wasn’t fair because it was a different exercise they competed in the second time. But she beat Conda at that one, too, so Conda just brushed it off and never mentioned it again. I just hate people like that. Don’t we all? 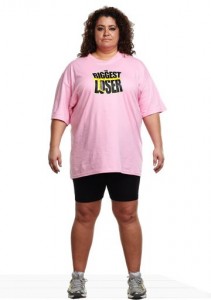 The other one is the witchy Kim. She screwed her own team with her arrogance as the head of another challenge a couple of episodes ago, and when they lost because of her, they should have definitely turned around and voted her off. But, with Conda’s help, those two succeeded ing getting someone else voted off.

Granted, we don’t really see all the machinations in the house, so we have to sort-of read between the lines; but, with repeated offenses, we can figure it all out close enough to the truth.

No matter what else is going on in that house, what those two witches did to newcomer Adrian this week was inexcusable. I’m sure that some viewers will chalk it up to racism, as the team that came back “into the house,” which means into the competition on the ranch, (which is their headquarters, in case you don’t watch the show,) are the only two black people vying for the title against a passel of white folks. (What an odd sentence that last one is.) 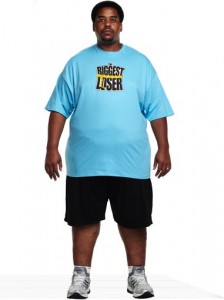 But I think it’s so much more than racism for those two. That bitch (a word that’s too good for her, by the way,) Conda, came up with a whispering campaign of lies about Adrian to the rest of the team, just to set-up trying to get him voted off the next week, as he had immunity this one. Kim is her henchman and the rest of the team are just idiots, apparently, who aren’t wise to her evil and lies. The poor guy was just minding his business and trying to take advantage of being back in the house and learning from the trainers and nutritionists, and he had to deal with the sneakiness of Conda and Kim. I hate seeing people like those two get ahead.

So, anyhow, thanks in good part to Conda, the red team lost the weigh-in and had to send one member home. And Conda didn’t even get one vote! They sent a nice little old lady home! How are the other members of the red team missing these opportunities to get rid of someone so awful??? She’s rotten through-and-through and doesn’t even help in the losing weight category or winning the challenges! She’s without even one redeeming quality! I just don’t get it, on any level.

The worst part of this whole debacle is that the other people are believing this liar! So they started attacking Adrian, too, who is absolutely undeserving of that treatment! The old lady even told him to be quiet when he was just sticking up for himself. They told him not to talk because he’s the new guy! How does such rudeness exist in this world??? It turns my stomach. [Note: my poor little mother had the same thing happen to her from a family member, being told not to talk, but that’s part of the story for down the line.]

I know there’s little real fairness in life, and the little there is is out of our control. But I’m sooooo routing for Adrien, and his sister Daphne, who’s on the opposite team, to hang in there and last many weeks on the show, if not win it altogether. And for nothing good to happen for Conda and Kim. Ever.

P. S. I just found out that not one, but two guys on the red team, Buddy and Mark, are pastors! How did they allow that kind of abuse to go on without piping-up??? So, shame on them, as well.