This is a very emotional milestone for me. I can’t even make any joke-y comments about what is an unbelievable accomplishment for my usually undisciplined self. I can barely even fathom that, as of today, I’ve written two thousand columns for this e-zine alone! Mr. X refers to it as “K2K” for “Karen’s 2,000th!” 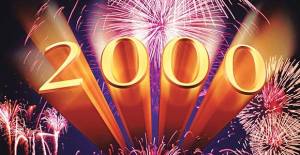 Most of my family members are writers, especially my mother, whose poems and observations have been featured in numerous publications, most notably the New York Times! For the decades she summered in Aspen, she was known as The Poet Laureate of Aspen.

But I loathe writing! Always have. People think I love it because I do it every day—first for the other websites I’ve written for, including People.com, then for the two newspapers for which I was the restaurant critic, and now, for the past decade!!!, here in my very own e-zine, ItsNotAboutMe.TV. I still can’t believe any of it. 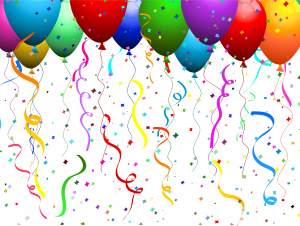 Balloons are always needed for celebrations.

Here’s a fun little story of why me being what some might consider a successful writer boggles my mind so: When I was registering for classes for my freshman year of college, (we had to do it all in person back in the day,) I wanted Mrs. Ramen as my English professor. But her classes were all full-up, and the person to whom I had to tell my second choice was…her husband, who was also a freshman English teacher. A dreaded one. He was actually my last choice, but being the ever-sensitive girl that I was even back then, I didn’t want to hurt his feelings. So when he suggested that I take his class, I told him that I had heard that he was a tough marker, and asked, “But you’re really nice, right? You’ll still give me a good mark, right?” He answered, “As long as you’re a good writer,” which I assured him I was. (As always throughout my life, my desire to not make a stranger feel bad overrode my common sense.)

So the first paper I had to write for Mr. Ramen’s class was on J.D. Salinger’s Catcher in the Rye. I thought my work was pretty good, but when I passed it around to my friends in the cafeteria before class, they were all hysterical laughing. They said it was the funniest paper they had ever read, which was definitely not what I was going for. (Then—but I’ve since learned where my bread is buttered.) It was sort-of like the first episode of my former TV show, Karen’s Restaurant Revue. I had to stop in the middle of the taping to ask the audience to stop “chuckling” because, as I assured them, I was a serious restaurant critic! I had never realized that I’m at my most amusing when I’m being totally serious, something Mr. X is a genius about—he actually insisted that I be serious on my show, knowing that people would find it comedically entertaining, which was a surprise to me.

So I handed in my Catcher in the Rye paper, and at the bottom I added, “I was only kidding when I told you I was a good writer,” to which Mr. Rahman wrote back: “Yes, I know.” In the paper itself, I had commented that one of the things I really liked about the book is that Holden Caulfield, the narrator, speaks so naturally; the book is written just the way he would talk in real life, were he a real person. And Mr. Rahman wrote, “You also write like you speak.” But I don’t think he meant it as a compliment. 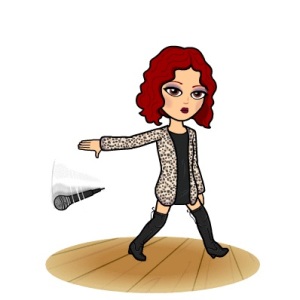 Karen Salkin dropping the mike on her milestone 2,000th column! (But Karen’s hair is much, much longer than this avatar’s, and her eyes are blue!)

So now, all these years later, I still write naturally, basically as I would just talk my stories to you. And thank goodness, many people appreciate my style. (Or, as Mr. X suggests, tolerate it.)

I don’t remember my exact English mark for that entire semester, but I’m positive it was not an A. That lower grade was tantamount to academic failure in my family.

So, since, as you many of you know by now, I’m into doling-out life lessons when I can, I hope this story is one. You never know what life has in store for you, and you should never give up on anything good. (But please do get rid of the bad stuff! That’s another lesson for you!) It’s not that I became a much better writer along the way; it’s just that my style now seems better appreciated. (And by more than that one teacher. At least I hope so!) That’s encouraging.

And it’s not even that I found a love for the art. It just came as a natural progression to my television show. I used to go to bed all the time running my verbal stories in my head, (as I would tell them on TV,) but I now talk to myself as I would write the story. I can’t keep from re-writing my own thoughts all the time, as I’m thinking them! Oysh. 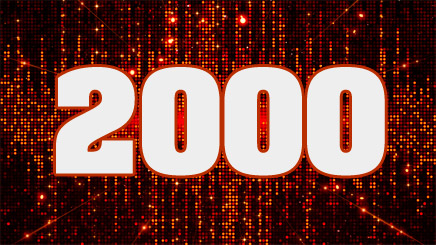 And right now my mind is telling me to take a long nap to celebrate my two-thousandth. But never fear—I’ll be right back here on Monday, beginning work on my next thou! I certainly hope that you’ll join me on the journey.