Once again, I hope you’re all joining me in celebrating yet another INAM milestone—this is my 1,700th column for ItsNotAboutMe.TV!!! 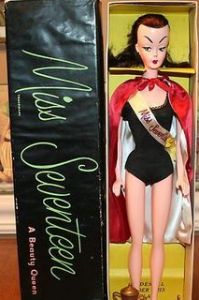 I’ve always liked the number 17, for several reasons.  First of all, when I was a pre-teen, I had a doll that was a rival to Barbie back then.  Her name was Miss Seventeen, and she was a statuesque beauty.  I should have known that she would never be a successful doll because she was too big to share Barbie’s wardrobe, so none of my other pals could have one because their parents weren’t buying their children two wardrobes, let alone doing that for their daughters’ dolls!!!  But she was given to me by Edna, my beloved nanny who was a major influence on my life.  (As a matter of fact, I would have never left Brooklyn as a teen-ager if Edna had not passed away because I would have never left her.  Therefore, all my many crazy adventures since then would have never happened!!! And you wouldn’t be reading this right now!) So I loved that doll because it was from Edna.

Second of all, 17 is my favorite age that I ever was!  Even though I’ve always appreciated every age of my thirty plus years, there’s just something special about being 17.  As much as I had always said that I was older than I was once I hit 12, after 18 I often told people that I was still 17 so that creeps would leave me alone.  (And let me tell you, that practice actually saved my life, literally, a time or two.  But you’ll have to wait until I write my memoirs for details on stories like those.)

Once I hit about twenty-eight, (which was just a few years ago, of course,) I realized that people were often referring to me as “immature,” and telling me to “grow up, already!”  Not that I would have ever changed, (or would do so even now,) but on rare occasions, I did wonder a bit if there was something wrong with me.  And then I read something that wonderful Meryl Streep had said that cleared it all up for me.  She said, “I’ve always felt about 40 [and] I did have this moment when I turned 40 that I felt like my clothes finally fit and I didn’t have to be anything other than myself.” (I cannot even tell you the number of hours I put in to find that exact quote! And what an impact it made on me that I still think about it, twenty-three years later!!!) 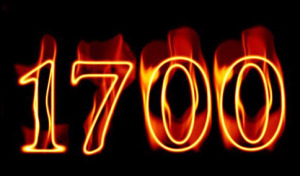 When I read that, it was like the seas parted for me!  It made me realize that each person probably has a perfect age, one that they feel they are their whole lives.  I’ve always felt 17, before and since I was actually that age, so I finally gave myself permission to go with that state of being.  It’s just one more reason I adore and admire the glorious Ms. Streep.

And now I feel that for the next hundred columns in this e-zine, there will be a little more pep in my step as I write them because there will be a number 17 in front of each one.

So, let me be the first to wish myself a very Happy 1,700th!  And, even though I hope it doesn’t get here too soon, I look forward to the next milestone.

[Note: If you want to help me celebrate number 1,700, the best way is to follow me across my social media platforms. Then we can all celebrate together!  Here’s all that info:
Twitter: @MajorCelebrity
Instagram: majorcelebrity
Facebook Fan Page: It’s Not About Me TV
YouTube Channel: www.youtube.com/channel/UCF7mwI2jwcB2xB9dBCBxLZg.]