Trending
You are at:Home»SPECIAL DAYS»SPECIAL DAY: IT’S MY BIRTHDAY!
By Karen Salkin on January 14, 2022 · SPECIAL DAYS

And for the second year in a row, all I can do to celebrate is stay home with Mr. X! Trust me, especially with all the problems in the world, I’m thrilled to have a loved one, especially this guy, to cocoon with. And also grateful to have a house to do it in! And beyond it all, to have another birthday! 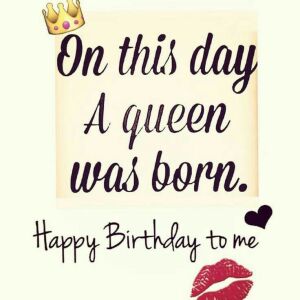 It’s just that I’ve always loved celebrating, well…me! I’ve always been known for having big birthday bashes throughout most of my life. In elementary school, I invited my entire class because I never wanted anybody to feel left-out. And I’m one of the very few who even still had parties in middle school, when most kids think it’s uncool until one’s Sweet 16. I stopped for ages seventeen through twenty, but went back to having the bday fetes in my twenties.

And I brought them back with a vengeance! They kept getting bigger and bigger and more elaborate, most of them with a theme. There have been an elegant Afternoon Tea; one day with four different catered meals at my house(!,) along with four different groups of pals, (and four completely different outfits!,); one weekday shindig that went from 3PM-11PM with no less than five birthday cakes, (to spell out K-A-R-E-N,) where each guest had to choose his or her arrival hour in advance so no time slot would be top-heavy with peeps; one at a Beverly Hills screening room where guests could go back-and-forth between watching my shows in the theatre and dining and dancing in the adjacent party room; several in my old favorite restaurant, Back on Broadway in Santa Monica; a Dessert Heaven one in the late, great Butterfly Bakery; a few in the dance clubs around town that I hosted one night a week at; and a couple of Food Fests at the lovely Culver City Hotel, with food from several eateries at once! (Think if anyone I know missed those ones!!!)

One was even a month late because I had gotten sick in January, so that soiree was Valentine-themed! 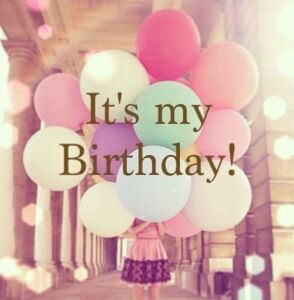 Mr. X and I (and Clarence) even flew back to New York to throw me a birthday party at my mother’s house a few months after 9/11 for the sole purpose of cheering everyone up! (Which it did, of course. My friends even came from Rhode Island, so it turned into a pajama party!) And most of all of those had a separate and smaller next-night get-together for the “Opening of the Gifts.” Whew—what a list, right?

A few were less successful than the rest, of course, like a gathering at my parents’ house in my college days, when all we wanted to do was watch the Golden Globes, but most have been a real blast. And I’m totally grateful for all that.

I haven’t had a birthday party in a decade now, (since I’m always too sad to work on a celebration for January 14 when Christmas Day, just three weeks earlier, is the anniversary of my mother’s death.) But I had finally begun planning low-key festivities for this year. And then, before I could get the ball really rolling, the Omicron variant got rolling itself, and now none of us should be gathering, even the vaccinated.

So 2022 is yet another birthday with most of the pressure on Mr. X to come up with something fun for us to do. But, since I always refer to him as “Betty Boop’s grandfather,” who can even make a carnival in the house on a rainy day, my money’s on him. (Literally—he always puts money in all the birthday cards he gives me, and then I finally caught on that it’s the cash I already had! Hilarious stuff. I mean it.) 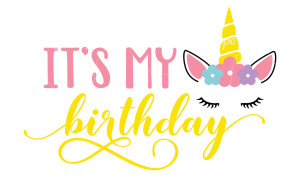 So, if any of you want to cheer me up today, and give me the easiest and best (outside of a massage or facial or mani-pedi) birthday present ever, why not just follow me on my many platforms? (If you don’t already, of course.) I thank you all in advance.

Here’s all the info you’ll need:

So may I now be the first to wish myself a very Happy Birthday! And one to my fellow January 14th Capricorns, as well! Let me know who you are! Let us all have a great day, even in these less-than-stellar times.