Trending
You are at:Home»SPECIAL DAYS»SPECIAL DAY: I’M GONNA PARTY LIKE IT’S MY BIRTHDAY! (WITH NEIL SEDAKA AT THE SABAN!!!)
By Karen Salkin on January 12, 2017 · SPECIAL DAYS

I’M GONNA PARTY LIKE IT’S MY BIRTHDAY! (WITH NEIL SEDAKA AT THE SABAN!!!)

…because today is not my actual birthday—it’s on Saturday, January 14th! But, I’m celebrating it here now because I don’t post on week-ends, and tomorrow is Friday the 13th, and I also want to get my review of Cirque du Soleil’s Toruk up right away tomorrow, (the opening is tonight,) so you can see the show this only week-end it’s in LA. (And this way, you have two days’ notice for my birthday, instead of the usual “day of.” Let’s see just who is paying attention!)

But the absolutely fabulous news is how I’m spending my actual birthday on Saturday—I’m going to the Saban Theatre in Beverly Hills to see Neil Sedaka, my home boy! (We’re both from the same area of Brooklyn; he went to Lincoln High School, as did my father, who eventually taught there, and Neil even lived around the corner from my grandmother for awhile.) Everything about the upcoming experience is exciting to me. As soon as I received the news that I’m going to the show, I instantly got some pep in my step. I’ve been so depressed about my impending b-day, for so many reasons, and this cheered me right up! 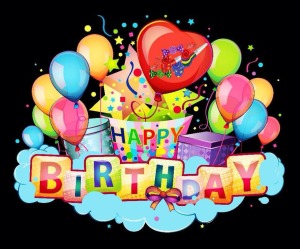 This pic sums it up perfectly–did anyone else notice that there is a broken heart in the center of the balloons?

So, here’s what’s been happening: My birthday is on a Saturday, for the first time in five years. The last time that happened, five years ago, I had planned a wonderful big party, because it was the week-end night, and then my mother died three weeks earlier, on Christmas Day. So, of course, there was no way I was going to have a party just three weeks after that devastation. [Note: several “pals” gave me the baloney that my just-deceased little mo would “want” me to have it, anyway, just because they wanted to come to a happening soirée! Eww. So, obviously, they’ve been permanently cut-off the ever-growing guest list.]

And then I’ve never felt like having one again, even though I used to have extravaganzas every year. I miss them somewhat, but just could not get back into throwing them after that, perhaps because it was on just normal days. 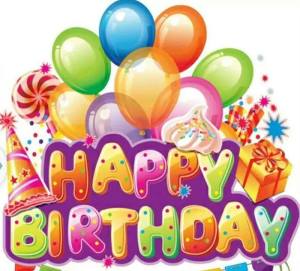 So, this year, when I realized that January 14 falls on a Saturday again, I immediately began planning another fabulous fete. But as it’s been coming down to the wire, I realized, in all seriousness, that I can’t have one because of the political climate in this country right now. I do actually have some very good friends who are Trump supporters, (I know, I seriously cannot fathom it myself, but I can’t break-up with them over one situation, no matter how egregious,) and I just could not leave them out. So, I have a feeling my guests would come to blows if put in the same room, and that would be a horrible birthday situation. (What a sad reason to give-up my birthday celebration, right? Just another tiny bit of fall-out from the rigged election.) 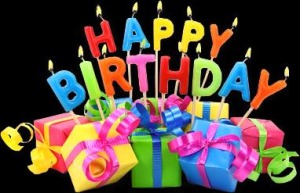 So the Saban Theater came to the rescue!!! I noticed that Neil Sedaka is playing there on January 14th, and I just had to take the opportunity to hear him sing Happy Birthday Sweet Sixteen on my actual birthday! Mr. X and I have been playing that song at every party we’ve ever thrown for me since we’ve been together, so I can’t tell you what a treat this will be for us. (Although I have a feeling that Mr. X is looking more forward to singing along with Breakin’ Up Is Hard To Do.)

So, that’s what we’re doing for my birthday, and I’m actually tickled pink over it! I can have a party any year, (maybe not on a Saturday night, but…,) but this is the only one that I’ll get to see Neil Sedaka! And I’ll review it all here for you first thing next week. 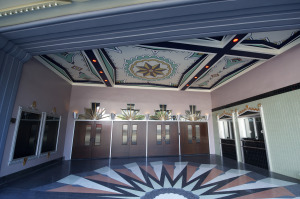 The exquisite front exterior of the Saban Theatre.

I’m also looking forward to the new experience of seeing a show at the Saban Theater! I can’t believe that there is actually a theater in Los Angeles that this show critic has never been to, (of course I was there when it was the Wilshire, but never in this incarnation,) so I’m thrilled that that situation will be rectified soon…on my birthday! That’s right–it’s my birthday on January 14. Have I mentioned that yet???

So now I don’t have to be so depressed about getting older, and not having a party, and not being with a lot of friends that day. The only two friends I’ll need to make it a happy birthday are Mr. X and Neil Sedaka!!!

So, a very Happy Birthday to me!!!