Trending
You are at:Home»SPECIAL DAYS»SPECIAL DAY: HAPPY MOTHER’S DAY 2015
By Karen Salkin on May 8, 2015 · SPECIAL DAYS

Since I already gave you my fabulous Mother’s Day Gift Ideas a week ago, (which you can still read here, because they’re great for all occasions: itsnotaboutme.tv/news/gift-ideas-mothers-day-gift-ideas-2015,) I didn’t know what I was going to come up with for today, which is about wishing you all a Happy Mother’s Day.

So, at first, I figured I’d celebrate the week-end by telling you one of my favorite stories about my own little mother, that I erroneously thought I had never shared before–the famous “pancake story.” I even spent a lot of time writing it and perfecting it. And, just as it was set to be drafted, I realized that I had already told you that one last year! (I told you it was one of my favorites!) So, if you missed it last year, and would like to read it, which I hope you do because it’s a really good one, please click here: itsnotaboutme.tv/news/holiday-happy-mothers-day-2014. 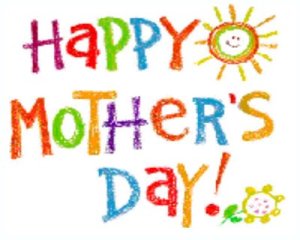 So, since I don’t like repeating myself, either with good stories in print or on my former TV show, or to people in person, (like Mr. X and a few pals who have limited attention spans, shall we say,) this year I’ll tell you something that I hope will help those of you who lost your own moms this year.

In looking back over my archives for the past few years worth of Mother’s Days, I noticed that I honestly, (and depressingly!,) repeatedly mentioned that I could not rise above losing my little mother on Christmas Day 2011. I was shocked to see that I shared that much of my private pain. But now I’m here to let you know that life does go on. It may take awhile, but it does. I’m happy to report that I’m not in that much distress approaching this year’s Mother’s Day.

Friends and positive circumstances are what helped me get past this special day for the past three years since losing my mother. In 2012, a good pal took me to Vegas for the week-end. So much is going on there at all times that it’s hard to stay reflective on your own outside situation. I didn’t even have a particularly good time, (except for the unbelievably delicious chocolate creme brulee French toast at the hotel I stayed at!) But it gave me so much to occupy my mind that the day just washed over me. And even though my friend made me return to LA much earlier than expected, so that a lot of the day was still ahead of me, I was so exhausted that I was fine.

Then, in 2013, I was in New York for that day, which would have made me feel bad that I was there without my mother. But I was thrilled to go to Providence, Rhode Island for the week-end, to spend the special day with my favorite family, the Hazels. Not only did it turn out to be my final time with the exalted matriarch of the family, (which made me even more grateful to have that last celebration with her,) but I was thrilled to spend time with all the new little ones, who had made mothers of some of my younger pals. It was a wonderful time, one that I’m still so grateful for.

Last year was perhaps the hardest one for me; it was my absolute last time in my forever home in Brooklyn. I was in a worse depression than I had ever experienced before. I had just three more days in the house, for the rest of my life, and was about to lose so much of my history; the movers were due in the morning, and I knew that my few beloved possessions I was taking with me were really a drop in my life’s bucket. Shamefully, even knowing that I was there all by myself, and going through such a hard time, my own siblings wouldn’t even think of including me in their own celebrations.

But my great friend, Lauren, and her supportive husband, Scott, came all the way from the Hamptons to pick me up and take me to Manhattan to join their son for their Mother’s Day dinner. How kind was that?! And, on top of that, Lauren then drove me back to Brooklyn, and spent the night, so that she’d be there in the morning to help me with the movers! I may have lost out in the family department, but I’m always aware that I lucked-out in the friend one!

On top of that, as I was walking Lauren’s dog on her block in New York, whom did I bump into but Valerie Harper and her wonderful husband, Tony Cacciotti! I’ve known them for years, but hadn’t seen them since she had been diagnosed with cancer, so to have a mini-reunion on that day was a Mother’s Day miracle!

I don’t know what’s in store for me for this one, but I know that I’ll be facing it with a bit of a lighter step than in recent years, and with my mother foremost in my heart.

I wish all my female readers, whether they be mothers, daughters, aunts, or even just good pals, a very Happy Mother’s Day!