Trending
You are at:Home»SPECIAL DAYS»SPECIAL DAY: HAPPY ANNIVERSARY TO MR. X AND ME 2017
By Karen Salkin on July 7, 2017 · SPECIAL DAYS

I’d love to tell you of the incredibly romantic celebration we’re going to have for our umpteenth anniversary today/tonight, but that’s not us. At all. We are so far from mushy. We’re more into laughing. As much as possible. 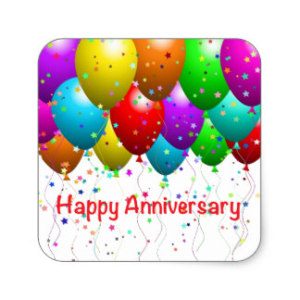 And not only does Mr. X almost detest going out, ever, (except to krump dance,) but I hate leaving the sports-watching that I’m so famous for. And this is the first week of Wimbledon, which I pride myself on watching every second of. So, to force ourselves to go celebrate would be insane.

But, we did semi-celebrate earlier in the week. On Sunday night, we went down to the beach in Santa Monica for a private fireworks show. That was fabulous. (And it’s the beauty of having our anniversary the same week as the Fourth of July!) Only Mr. X says I tricked him into going, under false pretenses. I guess I did agree to let him broadcast my comments while we were watching the pyrotechnics, but I really didn’t understand what he was asking of me—I can’t commentate on fireworks, for goodness sake! I just need to watch them and enjoy, usually with my mouth hanging open. 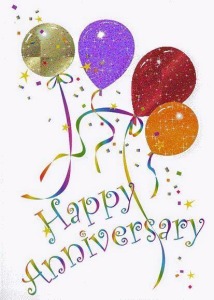 And then, on Tuesday, (which was the actual Fourth of July,) when I was planning on staying in all day to watch the almost twelve hours of tennis, I decided I had to do a little something to celebrate the patriotic holiday, for just a few minutes. So, I forced Mr. X to accompany me down to a local parade. And I use that term loosely. The most loosely I’ve ever used any term! It’s too good a story to not do verbally, so the next time I come up for tennis air, I’ll do a video about it on my YouTube channel for you guys. (Here’s the link to my channel, if you’d like to catch-up on all my previous vids: www.youtube.com/channel/UCF7mwI2jwcB2xB9dBCBxLZg.)

And that will be my anniversary gift to Mr. X! He always misses my former television show, and encourages me to work more on my channel. So, I’ll let all of you know when I post that new video, which I’m anticipating will not be until Wimbledon is over, in about nine days.

In the meantime, I can’t spend any more time writing now. I have to go celebrate privately with Mr. X. In the house.

Happy Anniversary to Mr. X and me! And they said it wouldn’t last! (And are still saying it.)