This is part tribute, part history.

Last month brought the news that Mark Fleischman, one of the owners of the legendary New York dance club, Studio 54, way back in the day, had just chosen to die by assisted suicide. At eighty-two, he had a debilitating mysterious illness, and could not take living that way anymore. So, three weeks ago, supported by his wife Mimi, he went to Dignitas in Switzerland to end his pain and leave this world with, as the name indicates, dignity. 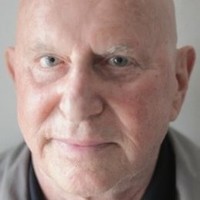 When I first saw the headline about his intentions, I gasped and my heart dropped into my stomach because I actually knew Mark sort-of well for a while. But we had lost touch for many years, so I still pictured him as the healthy middle-aged man he was when I last saw him.

I worked for him at his famous LA dance club, Century Club, back in the day, when I was doing my TV show, Karen’s Restaurant Revue. Studio 54 was a bit before my time, so I knew nothing of Mark before I met him.

For a few years back then, I was the club promoter at a few clubs. (That means that I hosted a night at each one, usually with a male partner or partners, and all the invitees were on my, or our, list.) I started-out doing a night at one hip place in West Hollywood, and one night, Mark came in to check-out what my partners and I were doing there. Because I was also the only female in the group, I was assigned to hang with him, which is how we met. After one dance, during which the smile didn’t leave his face, he told me to bring my partners and see him the next week.

Shockingly, although I searched the web for an hour, this is the only pic of Century Club I could find!!! And I can’t even make it bigger! Very strange.

I was the only female club promoter at that time. I learned why along the way—it was not a job for an honest, kind, intelligent person, especially a female. The bosses and other promoters, including every single male partner I ever had, were basically dishonest snakes. Everyone still owes me tons of money!!! And apologies.

But not Mark Fleischman. He was the only club owner or manager who treated me normally.  The rest of them either hit on me, stole the money I made at their clubs, berated me for inviting many black guys on my nights at each place, or caused trouble for me, in general. Mark was the only normal one.

He and I weren’t close, by any stretch of the imagination. He was the owner of the club, and I was the girl running the show one night a week, and taking care of everyone’s problems. I never had to go to him for anything. We said a pleasant “hi” when we passed by, but that was the extent of our interactions. He gave the money at the end of the night to my male partners, so I never had to deal with him business-wise, and we traveled in different circles socially. 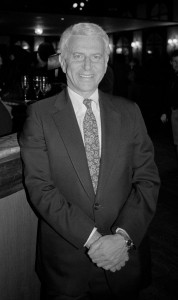 What Mark Fleischman looked like when I knew him.

But we did have one small situation that gave me a glimpse into his family life, and showed me he was just a regular person, despite being BMOC of the club world.

While we were working there, all of a sudden Mark brought in a horrible, and very mentally limited, rich younger guy named Danny who I understood bought half the club. And that guy brought with him some disgusting old man who he alternated saying was his uncle or lawyer, to sort-of run security. But instead, the old creep took the place over.

And then Danny and the old man tried to push Mark out!!! They had to go to court over their issues, which I was not privy to, and had no desire to be.

And the old man assumed that because Mark and I were the only two Jewish people around, that I was somehow Mark’s spy at the club. And he made my life miserable. And eventually got me ousted from the place.

In hindsight, it was good for me to be done with that world. I had had a lot of fun, and made several friends with whom I’m still close to this day, but that whole situation was many, many steps down from my real life.

But, to help with his court case against those two, Mark was planning to show what they had done to me. He wanted the judge to understand who I really was, and therefore asked me to make him a compilation tape of my show, and some of my best guest appearances, like on The Tonight Show, to show in court. 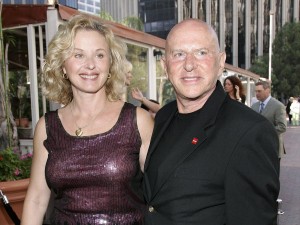 Always happy to help the people on the side of right, I made the tape and brought it over to Mark’s house in Beverly Hills. And I was shocked to discover that he was just a regular family man! He was wearing shorts and a tee-shirt, and his wife was puttering in the kitchen while their young children were running around. I always remember the kid-sized basketball hoop right outside the kitchen door on the patio. It was all so normal.

And I will never forget how thrilled Mark was to watch my shows and guest appearances! He laughed the whole time, and kept saying things like, “This is wonderful!” Every minute or so, he called into the other room, “Oh, Mimi, you have got to see this!!!” I saw Mark Fleischman in a whole new light that day.

I also offered to back him up in court, but I guess he wound-up not needing me. And I never found-out if the tape helped or not.

I moved on from that club, and my creepy cheating partners, and hosted a few nights alone at other places for another year or so, and then I came to my senses and cut-out that entire world. I never went to clubs again unless it was for a specific show biz party, and not a basic club night. (A screening after-party at Century Club is the occasion when Tony Curtis, my absolute childhood crush, asked me to marry him!) Those few times I was at his venue again, Mark was always so happy to see me, and treated me accordingly. 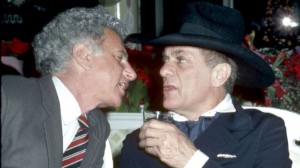 I can’t believe I found this very old pic of Mark Fleischman with Tony Curtis, whom I just mentioned in the previous paragraph! Although it was taken a couple of decades before I met them both, I’m still glad to have stumbled upon it now.

I next heard from him when he asked me to review his new eatery in Beverly Hills on my show, which I was happy to do for him. He told me he loved that review, and then, as happens in life more often than not, we lost touch.

And as I moved on in life, I never really thought about him again, except once, when I met his look-alike brother in New York a few years back.

And then this June, I read about his proposed, and then accomplished, assisted suicide in Switzerland. And I felt awful for the once-full-of-life man I knew way back when, and that in these intervening years, his life had come to this painful conclusion. At the same time, I applauded him for making that brave decision for himself.

The only thing I knew about assisted suicide before this was from the 2016 British film, Me Before You, which starred Sam Claflin as a previously active guy who became quadriplegic after being hit by a car, with Emilia Clarke as his new caregiver. Despite the two characters falling in love, with her accepting his life as it is, he still chooses to end his life at Dignitas, the same place that Mark Fleischman chose in real life. That movie has haunted me for six years now, even preventing me from sleep several nights out of each year, when the images appear to me out of the blue.

So I was extra disturbed when I first read of Mark’s intentions. And all the memories of my time with him came flooding back.

As horrible as this situation is, I revere anyone who is able to make that very brave decision for themselves.

My heart goes out to his family at what must be a difficult time for them.