James Caan was one of the first celebrities I ever met. Of course I knew who he was—a handsome movie star, of whom I had been a fan since I was a young girl watching the gut-wrenching TV movie, Brian’s Song. 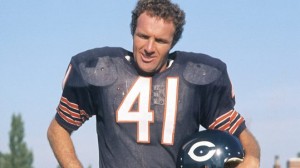 And then one night, when my friend and I were guest-ushering (yes, that was a thing back then,) at a Richard Pryor show shortly after I moved out to LA as a teen-ager, we were waiting in the hallway outside Richard’s dressing room after the show, (along with many of his friends and some of the lucky few like we were to get backstage to meet him–he was letting in only two or three people at a time.) The door suddenly opened to reveal first Elliott Gould and then James Caan. My friend declared that if we followed them out, they’d take us two young cuties to dinner. (She wanted to hang with Elliott, while I would have been excited to talk to James.) I’m still pretty sure she could have swung it, but I was adamant about staying put to meet Richard Pryor. I’m still glad I stuck to my guns because that was the only time I ever met the comedy legend.

And then like magic, just a short time later, my friend made Elliott’s acquaintance, and because he’s such an easy-going fellow Brooklynite, he allowed us into his life. (And very happily, he and I have been great friends ever since.) Then one night, he told me he was taking me to an intimate, extremely private screening of a movie of his, and we were getting his friend first. That friend was James Caan. 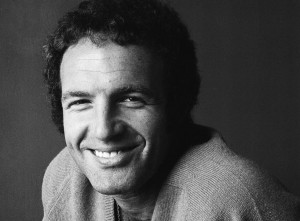 James Caan, around the time I first met him.

The person who greeted us at his house ushered us into his bedroom, and I was sitting on James’ bed while he was finishing-up getting ready in the bathroom. And then he came out, walked right over to me, stuck-out his hand, and said, “Hi, I’m Jimmy.” I still see it like it happened yesterday! He was so pleasant, and put me right at ease.

That night, he wanted to take his truck to the screening, so James, his wife at the time, Elliott, and I all scrunched in the front. For once in my life, I didn’t utter a word.

When the film was over, James told a female doctor who was in attendance that he had a pain in his side. So we all went over to her Beverly Hills office for him to be examined…at about 11PM! This was heady stuff for my young naïve self.

I didn’t see James again for a few years, until I was inexplicably a semi-regular for a little bit at dinner-and-a-movie nights at the Playboy Mansion, as he was, too. One night, he took over the bar, and told me he wanted to create a special drink for me. I trepidatiously told him that I don’t drink, half-expecting him to snub me after that. But he said he’d whip-up something different and non-alcoholic for me. 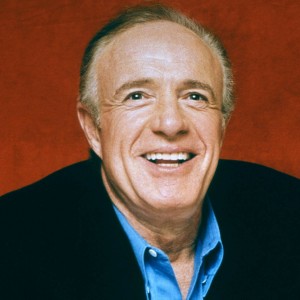 James Caan, later on in life.

People did not stop coming over with requests for him, so I just slipped away to my table, thinking that was the end of that. But about fifteen minutes later, here was Jimmy, bringing me the creamy and fruity drink of which he said, “Here’s the one I made just for you. I hope you like it.” I was so surprised that he remembered to do that for me, and that he then even looked all over the assemblage until he found me in that crowd. That did, indeed, make me feel special.

I had always appreciated James Caan, the actor, but now I also cared about Jimmy, the just plain guy from the Bronx.

So tonight I’ll raise a glass filled with a frothy virgin colada to toast his life.