I’m still shocked and saddened by the extremely untimely death of TV funnyman Bob Saget less than two weeks ago. He’s someone I’ve actually known a lot, (but not well–I was just fortunate enough to run into him from time to time,) over the years, and he’s always been nothing but nice whenever we met. 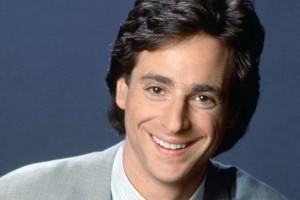 A young Bob Sagat, back in the day.

The first time we ran into each other was waaay back in the day, when he was doing Full House and I was doing my TV show, Karen’s Restaurant Revue. I was low man on the show business totem pole, (and was always shocked when anyone recognized me,) and Bob was starring in one of the top shows on television! (By the way—I had never seen Full House–still haven’t–but somehow I knew who Bob was.)

My friend Judy and I had taken her kids to a big Halloween party at a studio backlot, which a lot of people in the biz also attended. Her young daughter, Mimi, and I were walking around the premises, when a guy, who turned-out to be Bob Saget, stopped me and asked, “Are you Karen?” When I said that I was, he told me that he was a major fan of my show, and added, “I love you!” We chatted for a few minutes more, but I noticed that Mimi was really antsy to do something, (which I assumed meant that she had to go to the bathroom,) so I thanked Bob from the bottom of my heart, and Mimi and I left the area. I asked her if she was okay, and she told me we had to get back to her mother right away. I couldn’t imagine what that was about, but as we approached Judy, Mimi let go of my hand, ran over to her, and exclaimed, “Mommy, mommy! Danny loves Karen!” I was wondering who “Danny” was because I thought the guy’s name was “Bob,” but they explained that “Danny” was the name of Bob’s character on the show. I silently thanked him so much for lauding me in front of little Mimi like that because that forever elevated me in her eyes. 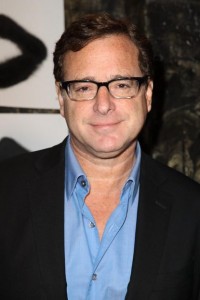 So after that first encounter, Bob and I started running into each other in a lot of places; that camaraderie continued through the years, including at many Jewish-centric events, especially charity ones. At one Purim party, we even made tzedakah boxes to fill and give to charities, which is a Purim tradition. (Boy, do I wish I had pix of those “masterpieces” to share with you now!) We had so much fun doing it—we laughed the whole time.

Every time we saw each other, we acted like we were old friends, (as opposed to the old acquaintances that we really were.) Bob was very dear friends with Jonathan Silverman, whom I’ve known forever, and over the later years, I rarely bumped into them apart. I loved seeing two successful guys having such genuine affection for each other. 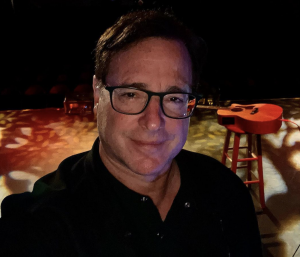 Bob Saget is one person I’ve always expected to see again. (And I just might pretend to myself that that is still the case.) I’m sure everyone who knew him felt the same way. Reading and watching the plethora of tributes to him from his adoring show business pals, who have all stressed how caring he was, makes his way-too-early passing that much more tragic. The only infinitesimal solaces are that we were all lucky enough to know him at all, no matter how briefly, and the knowledge that he lived his all-too-short years to the fullest.

My heart goes out to his family, his oh-so-many friends, and his multitudes of fans.