Actor Art Metrano, who was best known for his creative and much-imitated fake magic routines, (such as making a finger “jump” from one hand to the other while singing “da da da da…,”) passed away last week. I didn’t know him well, but he actually greatly influenced me in one important area of my life many years ago, and I want to pay tribute to him for that. 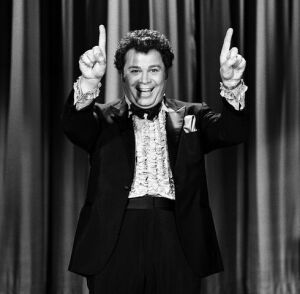 I was introduced to Art by our great mutual friend, Elliott Gould. Art was always kind to me after that. In my experience, he was one of the most honest people I have ever known, which is especially rare in show biz folks. There was no baloney with him.

Sadly, in the middle of all his success, he had a horrific accident; he fell off a ladder while working on his house, breaking his neck and severely injuring his spinal cord. I saw him some time after that, and, as I’m sure everyone else did, I told him how lucky he was to have not gotten killed. He answered, “No, I’m not lucky at all—I fell off a ladder!” His delivery of that line made me laugh, and I agreed with him. Ever since then, I think of Art every time I hear anyone tell someone they’re lucky that something worse didn’t happen.

Now here’s the tale of how he helped me: For about a year after I had started doing my TV show, my skinny self, (which I totally took for granted,) was a frequent guest at the Playboy Mansion on Sunday nights. (But don’t judge me for that—I was not at all a part of the creepy goings-on; I wasn’t even there for the dinners, which were far from gourmet food, by the way. I went on Sunday nights solely for the movies because I adored the fabulous sound system!) One summer evening, James Caan, (whom I had also met through Elliott,) was bartending. He knew that I don’t drink, so he offered to whip me up a special non-alcoholic drink, and bring it to my table. 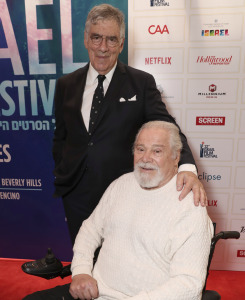 Elliott Gould and Art Metrano in 2018.

I was relieved to see Art there, who was one of the few non-creeps in attendance, and thankfully, he sat with me at dinner. We were having a fun convo when Jimmy brought over the drink he had made me. It looked great—all creamy and frothy, like the best virgin Pina Colada ever.

When he walked away, Art said to me, “You don’t need that.” When I explained that it wasn’t alcoholic, Art said, “But you still don’t need it.” I asked why not, and he explained that the drink was caloric. So I jokingly asked, “Art, do you think I’m chubby?” And he answered, “Yeah, you’re a little chubby for you.” I was shocked! Not that Art had said that, but that he was perhaps right! I went home and took a good look in the mirror and realized that he was correct! Not one of my friends, nor my agent, nor manager, etc., had been good enough to point-out my weight gain to me. (I have a feeling they all said it behind my back, though!) I wasn’t even close to being really chubby, but was on the way to it. And at that point in my career, (and life,) it was best to keep my looks status quo. 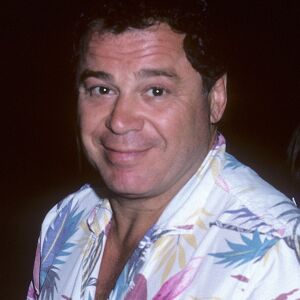 So, thanks to Art, I lost the extra poundage right away, and kept it off for all the rest of the years of being on TV.

Every time I’d bump into him from that night on, I’d sincerely thank him for that, but he’d just sort-of cringe and say he can’t believe he said that to me. But I seriously appreciated him for that. And still do to this day.

Now my heart goes out to his family, friends, and many fans.

RIP, Art Metrano. I’m going to start a diet tomorrow in your honor.