What an incredibly sad loss Anne Heche’s death is. I don’t quite know why it’s hit me so hard, but it has. Perhaps that’s because it was such a horrible accident, made worse by the fact that several people tried to prevent it a few minutes earlier. Or because it happened only twenty minutes from my house, in a neighborhood I’m very familiar with because I used to teach there. 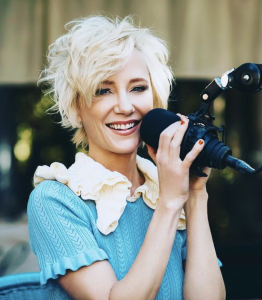 Or maybe my extra sadness is because Anne Heche was such a talented actress, and now there will be no more art from her. Or because I feel terrible that she had already been through so much sadness and strangeness in her way-too-short life.

My feelings of grief may also be because I met her once and she was nice and did something thoughtful, which has always stayed with me.

The circumstances were that Anne and her serious boyfriend at the time, handsome actor James Tupper, and I were all guests at Isaac Mizrahi’s star-studded handbag launch party in New York City in the Fall of 2009.

I usually don’t like to bother famous people, but since I was invited to this event as one of the celebrities myself, I was a bit braver than usual. So when I found myself standing near the beautiful couple towards the end of the event, I was working-up the courage to say hi.

But it wasn’t because I wanted to meet Anne—I adored James at the time! The two of them had met on their TV series, Men In Trees, which was one of my favorites. And I knew they had recently welcomed their son, which I wanted to congratulate them on. I always love a happy love story!

Just then, a photographer came by and asked if she could take a picture of us. As much as I would have loved one with just James, I wanted to be polite to Anne, so I went around to the other side of her, so that she and her beau could be next to each other. But she was very sweet about it, and insisted that I be in the center. (She must have seen me fan-girling over James from the get-go.) That was more than generous of her. That one little bit of kindness on her part made me a fan from that moment forward. 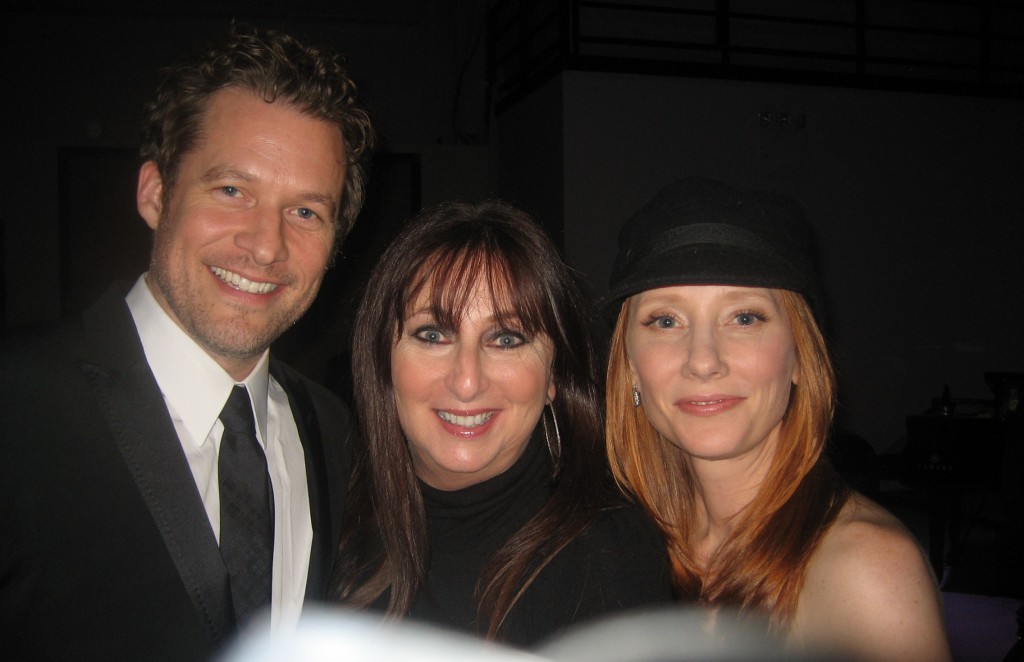 And, (shallowly, I know,) I must laud something else about Anne Heche that I really appreciate. In looking over hundreds of pictures of her for this tribute, I noticed that I wasn’t seeing any bad ones in all these decades that she’s been famous. Not even one! That is such a rarity, but even moreso for a woman who has been in the public eye since she was a teen-ager, which means she has been photographed thousands of times, from every angle imaginable! She changed her hair so often it’s head-spinning, and she looked great in all of them. And she maintained her trim figure throughout. All of that makes me admire her even more. 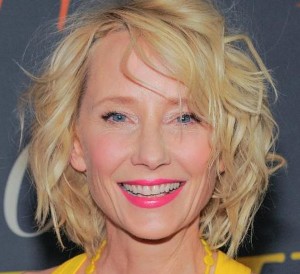 I hope she has now found the peace she deserves, but I’m so worried for her sons. The older one is twenty, so I’m hoping that bit of maturity will help him cope, even a tad, with the extreme tragedy of losing his mother. But her younger one just became a teenager, which is when everyone needs his mother the most. I’m glad he has James, who I believe is a good dad; I hope that he’s told his son, (as he did me when we met back then,) that having him is “the greatest thing I’ve ever done.”  Perhaps that will help him heal even a little.

My heart goes out to those young men and everyone else who loved this very interesting woman.