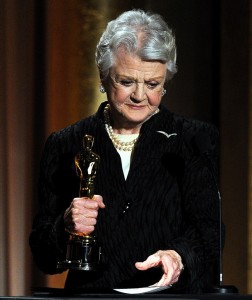 Angela Lansbury receiving her honorary Oscar in 2013. Notice how touched she is. We all should look that good at her age!

Even though she was ninety-six, (and actually, just five days short of her ninety-seventh birthday!,) I believe that the whole world is mourning marvelous Angela Lansbury right now. When I read of her death just a few days ago, I literally gasped out loud. She was always so vibrant that I felt she’d outlive us all.

That Dame was certainly a force to be reckoned with. She had her first movie role eighty years ago! Angela Lansbury was just seventeen in 1944 when she starred in Gaslight alongside Ingrid Bergman and Charles Boyer. And she was perfect in it, of course.

And then, while the rest of Hollywood was always trying to play younger than they are, (and many of us still try,) good old Angela often played characters waaaay older than herself. 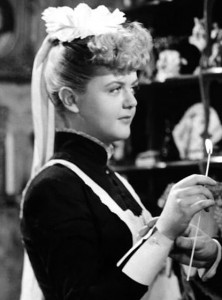 In 1948, when she was only twenty-three, she co-starred in State of the Union with a much older Spencer Tracy, portraying his forty-something girlfriend. And then in 1962’s The Manchurian Candidate, she played the mother of Laurence Harvey’s character, even though she was just three years older than he was!

I actually was lucky enough to meet Angela Lansbury once. It was at a gala for the 100th episode of her hit television show, Murder, She Wrote. We were invited because Mr. X had been on it. The fete was a glorious black-tie affair, with around a thousand people in attendance, and, God bless her, Angela Lansbury was front and center for the arrivals, pleasantly greeting every single one of us!!! She didn’t know me at all, yet she grabbed my hand and welcomed me like we were old friends. I cannot even convey exactly how impressed with her I was! And still am. 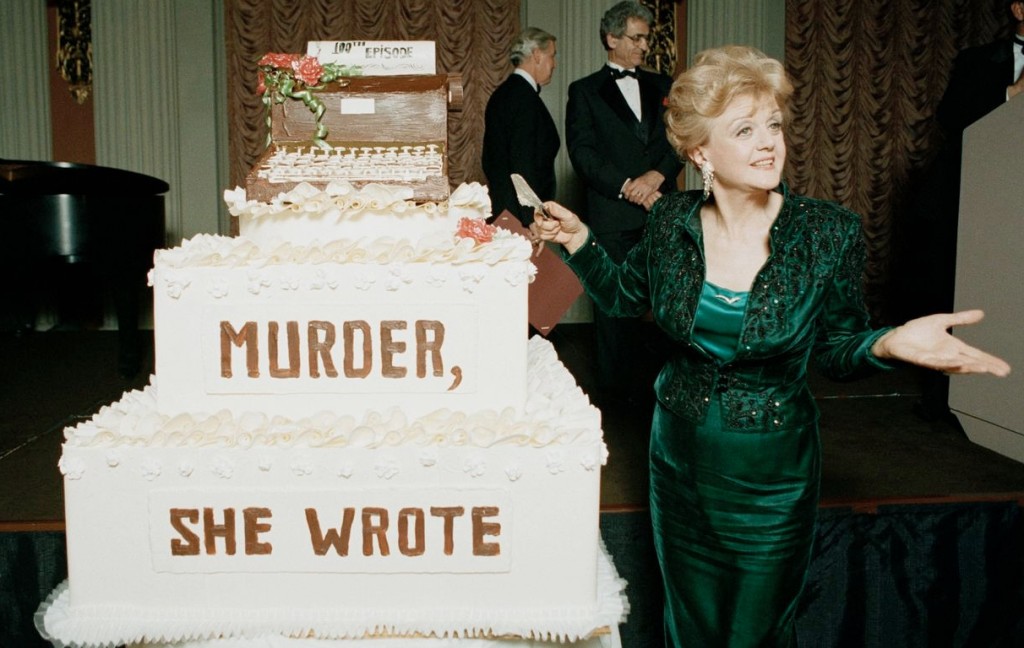 Angela Lansbury at her Murder, She Wrote fete. Notice that the top of the cake is a typewriter! 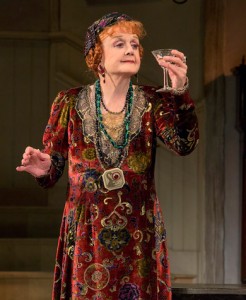 To commemorate the evening, we were each gifted a little white marble paperweight with the milestone occasion and date emblazoned on it in gold. And when I say “each,” I mean it—they didn’t give them to only the actual invitees, but rather to all their guests. Mr. X and I kept his, and gave mine to my mother, who adored it! It had a prominent spot in her dining room for the rest of her long years, and I got a kick out of seeing it there every time I went home.

I last saw Angela Lansbury in person near the end of 2014 when, at the age of eighty-nine, she starred in a revival of Blithe Spirit at the Ahmanson Theatre. She was a marvel. She did a lot of physical comedy in it, and was amazing. (You can read all about her fabulous performance, for which she won a Tony, right here: itsnotaboutme.tv/news/theatre-blithe-spirit.)

Who would have thought that Angela Lansbury’s pic… 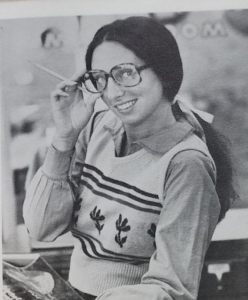 On a tiny personal note, I’m thrilled to have recently discovered that I have one thing in common with the great Dame Angela. But it’s not in acting. Of course. Nor class! It’s that as teenagers new-ish to Los Angeles, we both had jobs at Bullocks, (her in mid-city, me in Westwood,) for our first Christmas season here! I love that! Never have I been more proud of one of my many crazy gigs.

And now, my heart goes out to her family and friends. I’m glad that they have such a long lifetime of memories with such a wonderful woman.