Trending
You are at:Home»PARTIES»PARTY: GEORGE CHAKIRIS’ 90TH BIRTHDAY CELEBRATION AT THE HOLLYWOOD MUSEUM
By Karen Salkin on September 26, 2022 · PARTIES 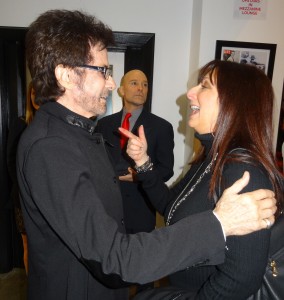 I sometimes have to pinch myself when I realize that I actually know Academy Award winner George Chakiris! And have done so for the past seven and a half years!

So when I was invited to the Hollywood Museum’s celebration of his 90th birthday recently, even though I had a prior important commitment that I couldn’t break, I knew that I had to at least stop by for a little while, to pay my respects to the talented man.

I had been to previous events that were held in the museum’s lobby, but I’ve never seen it as packed as it was that night. It must be nice to start your tenth decade being so popular!

George having worked his way to the front of the room, alongside Donelle Dadigan, the President of the musuem. Photo by Karen Salkin, as is the one at the top of this page.

I’ll let you in on our connection in a minute, but lest you think you have to adjust your glasses, let me tell you that you did read that right—George Chakiris did just turn ninety!!! I was amazed at his age when I first met him, and every single person I’ve ever introduced him to has the same reaction. My friend Laura is younger than some of my other pals who have met George with me, so she seemed a tad skeptical when I told her how great he looks. And then when she witnessed him at the party with her own eyes, she could not believe his age. She said he looks at least twenty years younger, an assessment with which I wholeheartedly agree. 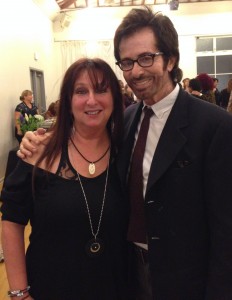 George and I first met at a theatre gala in 2015, and we bonded immediately. We spent a lot of time talking that evening; about his career, show biz in general, the event we were at, and chuckling over my friend’s incorrect assumption about his ethnicity. She’s Cuban, so she was speaking Spanish to him; he had to break the news to her that even though he won his Oscar for playing Bernardo, the head of the Puerto Rican gang in West Side Story, he’s fully American with parents who were Greek immigrants from Turkey. We all had a good laugh about her error.

Ever since then, we’ve met up at tons of artistic events, including multiple World Choreography Awards shows, (the first of which is where I witnessed him being the only person on stage who received a standing ovation!,) dance shows at the Wallis in Beverly Hills, and even at a Cirque du Soleil, where I got to remind him of a major luncheon we were both due at later that month. I’m always happy that my artistic tastes match those of the great George Chakiris! 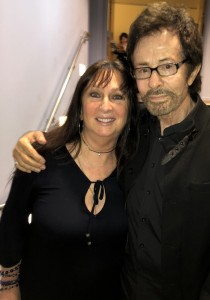 He was even nice enough to make an appearance at a local theatre’s production of West Side Story a few ago! Mr. X was thrilled to meet him, and the three of us spent the entire intermission talking about George’s experience shooting the classic film. Mr. X has starred in television series with everyone from Lynn Redgrave to Patti Lupone, and done films with Jamie Lee Curtis and even Robert DeNiro, but I’ve never seen him so happy to meet someone. I was so proud that I could make that introduction for him.

So, with all that history, to be at a soiree for George Chakiris’ 90th b-day, even for a short while, was truly special to me.

As to the Hollywood Museum itself, Laura had never been there before, (even though she’s grown-up here!,) and she was fascinated with every aspect of her first visit to the venue. While we were waiting for George to arrive, Laura explored the Max Factor make-up rooms adjacent to the lobby, and, even though she’s a cosmetics eschewer for her own visage, she loved the displays as much as I always have. (Those rooms are actually where I filmed my very first segment for the Travel Channel back in the day, so walking through those doors is always a special feeling to me.) 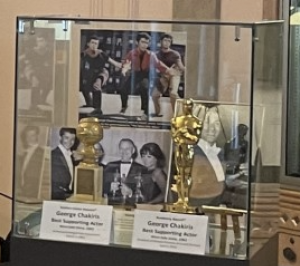 The case with George Chakiris’ Oscar and Golden Globe. Photo by Karen Salkin.

I also enjoyed checking-out the exhibits that pay tribute to George. His Oscar and Golden Globe, both for West Side Story, were in a case on one side of the room, and his own silver jewelry creations were featured across the way. I was told that his performances have often been described as “quicksilver” and “sterling,” so perhaps that’s why he decided to pursue the silver jewelry field when he was done acting. (My performances have sometimes been referred to as “oy vey,” so maybe, with that same philosophy, I’ll get into making chicken soup when my days as a media personality are done!)

Just a tiny part of the buffet. Photo by Karen Salkin.

Speaking of food, the Hollywood Museum is always kind enough to feed their party guests, and this spread was a lovely one. There were several finger foods, such as tiny shepherd’s pies and pigs in blankets, along with giant shrimp and clever crudite cups, and beautiful macarons for dessert. The buffet wrapped-up before the speeches began, which were followed by George’s birthday cakes later on. 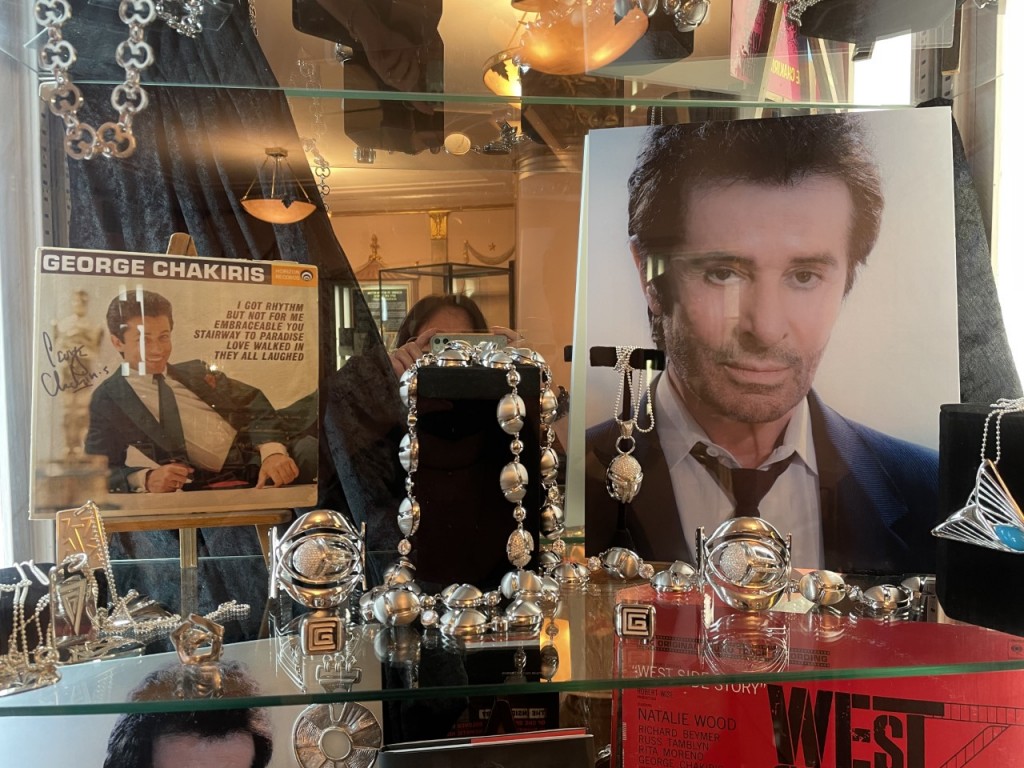 The case with George Chakiris’ own jewelry line, with a tiny cameo by Karen Salkin, who took this photo.

A few of George’s famous friends were in attendance, and I spied old school Broadway and TV star Michelle Lee and singer Melissa Manchester. (At eighty and seventy-one respectively, they must be like children to him!)

I had to leave right before the speeches began, but, as beloved as George is, I can imagine that the tributes were as glowing as he was that night! 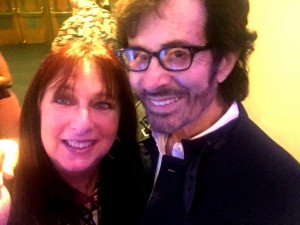 Karen Salkin and George Chakiris. Selfie by Karen Salkin. (And no, that’s not a crown on her head, as George said it looked like. It’s just something in the background.

I’m just sad that I didn’t get to sing Happy Birthday to George. (But, if he’s ever heard me sing, I bet he’s not sad about that omission!)

So, since I didn’t get to wish it to him in time for his actual September 16th bday, I’m saying it now. Happy Birthday, George Chakiris! I hope we see each other again very soon. (And thank you, Hollywood Museum, for the opportunity to be a small part of his fete.)