Trending
You are at:Home»OLYMPICS»OLYMPICS: THE 2021 SUMMER OLYMPICS BEGINS TONIGHT!
By Karen Salkin on July 23, 2021 · OLYMPICS

As many of you know, I’m an avid, some of you might say obsessive, Olympics watcher. Always have been, my entire life. (And yes—I do remember most of my life! Well, back to two-years-old, anyway. Don’t ask.) 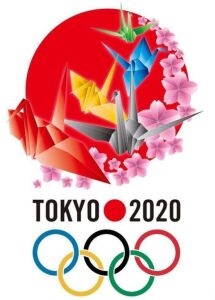 But I’m not exactly sure how I feel about this 2021 version. As worried as I am for everyone in this Covid-filled world, I’m thrilled for the athletes to get their chances now, without having to wait for another three years; some will be too old then, some won’t have their peak skills, and who knows—some may even not be on this level of life anymore!!! (And heck, some may not even be the same gender in a trio of years hence! If you’re not aware of the case of that Kiwi weightlifter, I’ll explain it near the end of this article.) It’s always a crap shoot. I still feel bad for all the athletes who were forced to miss their opportunities when some countries, including the United States, boycotted either the 1980 or1984 games due to world political issues.

But because of the virus, I’ll be on tenterhooks until this Olympics is over. Every day brings another threat that Tokyo will cancel the whole shebang at a moment’s notice! Covid is so prevalent in Japan now that people are literally taking their lives in their hands to compete this time. It’s all so sad and depressing. 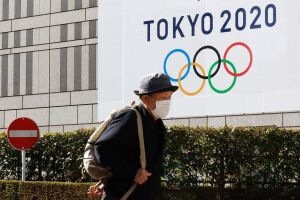 This picture really says it all, doesn’t it?

I’m just praying that it will be one of those events, like the NBA Play-offs in the “bubble” last year, that, when it’s over, it will have been worth it for all involved, and we’ll have tons of newly-crowned Champions who will remember this experience positively for the rest of their lives! I hope there will be a plethora of happy stories for us to view on TV for the next two weeks.

The one person whose journey I’m really looking forward to seeing is gymnast extraordinaire Simone Biles. I have a feeling that in three years time, she and her handsome bae will be married with a child, so this will be her last chance at Olympics competition. She’s clearly the best gymnast in history, and she can make history by winning two more medals there. That will make her the most decorated Olympics gymnast ever! It would be devastating after she’s trained for that opportunity for five extra years to have it taken away from her with a last-minute cancellation to the entire Olympics. 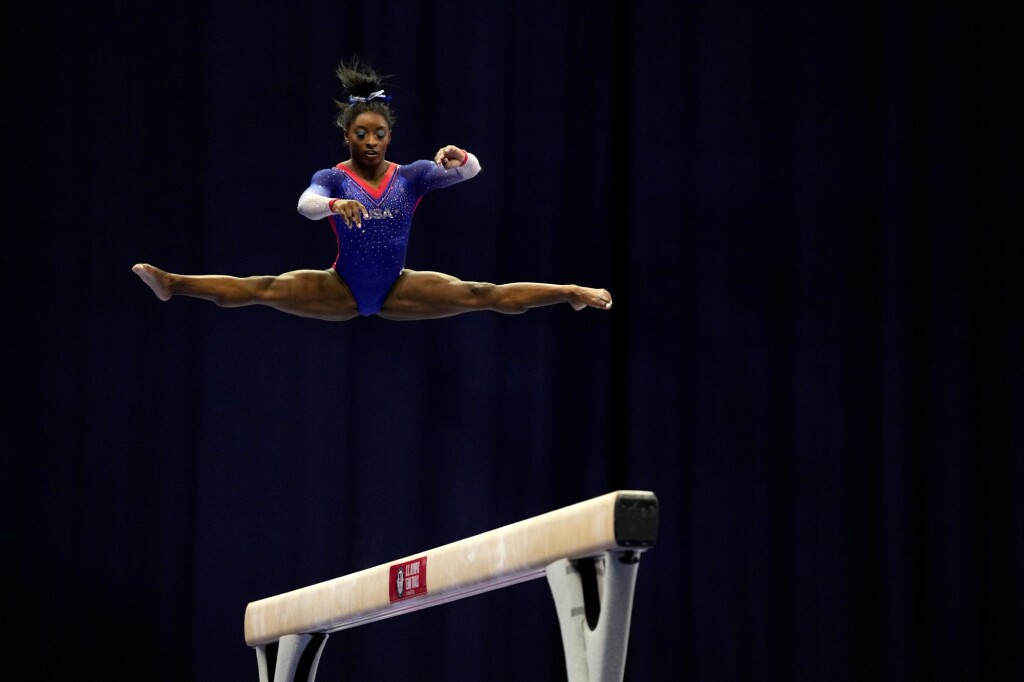 The opening ceremony* is tonight, (minus the director of it because he was fired just one day before its execution!, but I’m still expecting great things because…it’s Japan, of course!) and when that is over, I will finally breath a sigh of relief, albeit a tiny one, because it will most likely mean that the competitions themselves will be taking place beginning the following day. *[Just a little side grammar lesson here: Despite all the reporters calling it “opening ceremonies,” it’s just one ceremony! So the correct noun is singular. Many of the sportscasters are the same dummies who refer to one sports final as “the finalS,” as they often do in tennis. I can’t take that stupidity anymore, so I thought I’d help everyone out here, hoping that the masses will now get it right, and pass the knowledge on.] 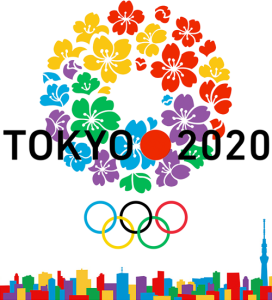 One thing this Olympics will be missing, though, is spectators. Not only have people from around the be banned a while ago, but now Japanese citizens are nixed, as well. I feel bad for everyone that affects. And I can’t wait to see how the opening spectacle will be done with no one cheering. (Even crazier will be the closing ceremony, where all the athletes from around the world usually mix and hug and kiss! Maybe by then, they won’t care if they get the virus because their competitions will be over.)

But even with no fans in the stands, there will be a lot of people at this one! There are athletes, coaches, judges, officials, drivers, interpreters, chaperons, the media, and many other categories of participants. I’m hoping they all have a wonderful experience after all the hard work they’ve put in.

I have sooooo much more to say about this year’s Summer Olympics, (like why is it still labeled “Tokyo 2020!,” and how the extreme Tokyo heat will effect the mainly-outdoors events,) but I have to stop writing now to have time to set every DVR in my house for the two-week duration of the presentation! The action will be televised on about nine different TV channels, and, outside of most team sports, I watch every second of the coverage. Heck, Mr. X and I even had that crazy “triple-cast” back in the day!!! 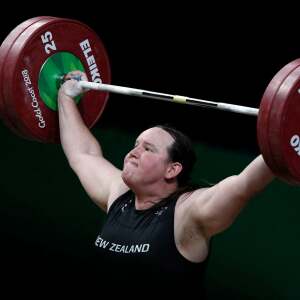 Before I forget, though, to explain about the gender situation I mentioned earlier, here’s the story in a nutshell. Laurel Hubbard, a weightlifter from New Zealand, transitioned from male to female, and is being allowed to compete in the female category at the Olympics. Many try to make the issue a political one, saying if you’re against her doing so, you must be a Republican who’s against trans rights. But I’m here to tell you that is completely untrue. You can’t get much more democratic that I am, and that’s exactly why I disagree completely with the decision. I’m for fairness, in every category of life. And how is it fair to biological females to allow a biological male to compete with them??? Males have a major, proven advantage against females in just about every sport!!! While everyone should have the ability to decide how they want to live their lives in the gender category, (and I applaud the braveness of those who choose to go through the extreme process of transitioning,) the two genders should not compete against each other in sports, outside of something like Equestrian, where size and strength don’t come into the equation.

Now, let’s all keep our fingers crossed for everyone’s safety there!

And don’t expect to hear from me until it’s all over, unless I can occasionally tear my eyes away from the DVR screen long enough to tweet about the goings-on. (My Twitter “handle” is @MajorCelebrity, in case you don’t already follow me and want to do so now.)

To all involved, I wish you a fair, happy, memorable in a good way, and especially safe Olympics 2021.