If you see only one Broadway show this year, make sure that it is Cirque du Soleil’s Paramour. 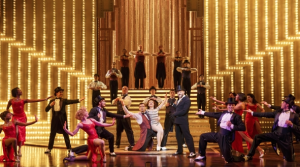 It’s very possibly the best Broadway show I’ve ever seen! Being produced by the Cirque de Soleil folks, how could it not be?!

I love all things Cirque, (except for one clown-heavy show they did many years ago,) and, even though this one is completely different from all their “big top” affairs, it’s right up there with the rest. 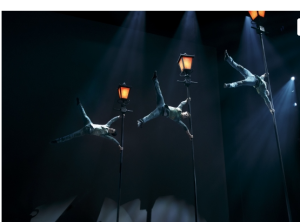 The whole thing is really quite brilliant. On the surface, it’s an old-fashioned musical, along the lines of On The Twentieth Century and 42nd Street, about a young actress and a movie producer way back in the day, but that’s just the bones around which the meat—the acrobatics and such—is built. The way they incorporate the physical feats into the story is just ingenious. Each one is an incredible surprise. We never know when and where an act is going to fit in. 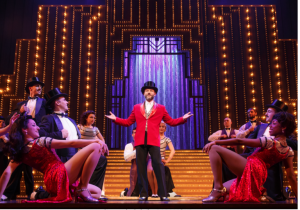 I first became aware of Paramour during this year’s U.S. Open tennis tournament, which used some of the numbers as intros to each day’s matches. As big a fan of Cirque du Soleil that I am, I’m the same way with sports, so I saw every piece they featured with Paramour. And even before I understood what I was watching, I was fascinated with the images. When I found-out it was a Cirque du Soleil musical, my interest was piqued even more. I couldn’t imagine how that would work. I knew right away that I wanted to see the show, but I had no idea what it was; I erroneously thought it was just a tap dance show, with a Cirque du Soleil twist. (Even that would have been good enough for me, by the way.)

So, when I finally committed to a long overdue editorial trip to New York, the very first thing that I wrote down that I wanted to see/do/taste/hear/experience was Paramour. I swear! 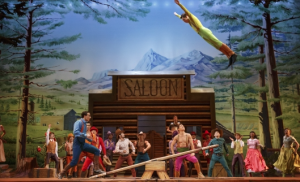 But, more often than not, high expectations don’t work out too well, for anyone. I, for one, am usually disappointed. This was one of the few times that something, anything, not only lived up to my imagination, but exceeded it. By a million, zillion, gazillion miles! I was literally screaming! In a Broadway theatre! That was a first.

And, of course, I was far from alone. That’s because this show is truly for everyone. I’ve seen at least half of the Cirque productions in the past few decades, and I brought someone who had seen none! And we were both equally enthralled with Paramour. 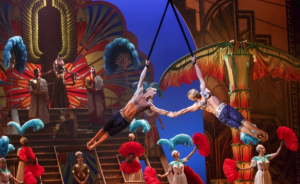 The displays of true talent are downright dazzling. Cirque du Soleil performers are always mind-blowing, but there’s something about seeing them pop off a theatre stage that makes them even more breath-taking than usual.

There’s a trapeze trio who may just be the most amazing thing I have ever seen on a musical theater Broadway stage!!! Or anywhere. I think my mouth was hanging open the entire time they were performing. And the three musical leads provided beautiful accompaniment for them. If I had seen only that one number all night, I would have still come away happy. 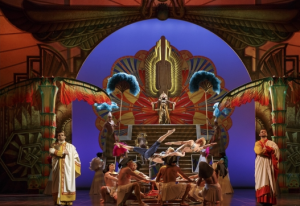 I loved all the different takes on every apparatus. There’s a juggler who does something so special and inventive. His whole presentation is more subtle than the rest, but he’s a beautiful performer. And there are twin guys who do aerials that are so spectacular, they will literally make you gasp. The Russian Bar men, along with the other acrobats, will also take your breath away. And I can’t forget about the unbelievably clever and original ending. I’ve seen many trampoline acts in my life, but none more creative and fun than this one. Of course. There are so many surprises in the entire show! 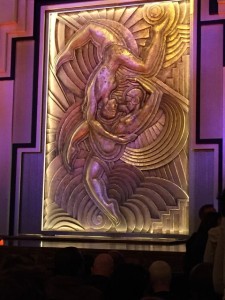 The stage is exquisite, even before the curtain goes up! Photo by Karen Salkin.

And, because this is a Cirque du Soleil production, there are understated yet sophisticated shows of athletic prowess going on in the background constantly. Wow. Just wow to it all.

There’s also the element of surprise that I love. You never know who is going to sing, dance, or somersault at any moment!

Since this is actually a Broadway musical, and not a straight-up Cirque spectacle, I was happy to see that the non-circus performers are also excellent. I especially enjoyed Nick Cartell, who went on in the role of Joey that night. His voice is beautiful.

There is so much going on in Paramour, on so many levels, that I seriously could see this show again and again. I’m pretty sure I’d discover something new each night. Cirque loves to keep our senses on high alert at all times. 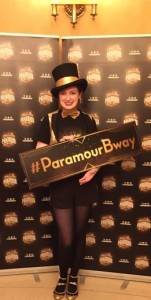 The photo op in the lobby. Photo by Karen Salkin.

One word about the Lyric Theatre before I go. Most Broadway theaters make me sort-of claustrophobic, but this one is huge. And I love that they Cirqued-out the whole lobby! There’s something to visually engage you in every inch of the place. You can take a photo with a Cirque du Soleil girl, there’s a colorful candy store, and even the concessions seem special. And here’s an aspect of the experience that I loved and hated at the same time: there are little menus velcroed to the backs of the seats in front of you, and you can order food to be brought right to your seat! As intriguing as that idea is, I was so grateful that no one around us did that, because I don’t want any distractions during such a gorgeous show.

But no matter whether you order food or not, get dressed-up or down, go with a group or alone, see it at night or in a matinee, sit in the orchestra or the last row of the balcony, I guarantee you’ll love Paramour. If not, I’ll have to question your sense of beauty and wonder.