I sure wish I had known about National Talk Show Host Day when I was one myself.  Talk show host, that is.  Actually, on Karen’s Restaurant Revue, for just about ninety-nine percent of the time, I was the only one doing the talking!  So I should get extra credit for that. (My latest YouTube video is more like my show than any of my previous vids, so here’s that link, but please read the rest of this column first, because I explain a lot about what you’re going to see: www.youtube.com/watch?v=dtRsfXDIrNI&feature=youtu.be.) 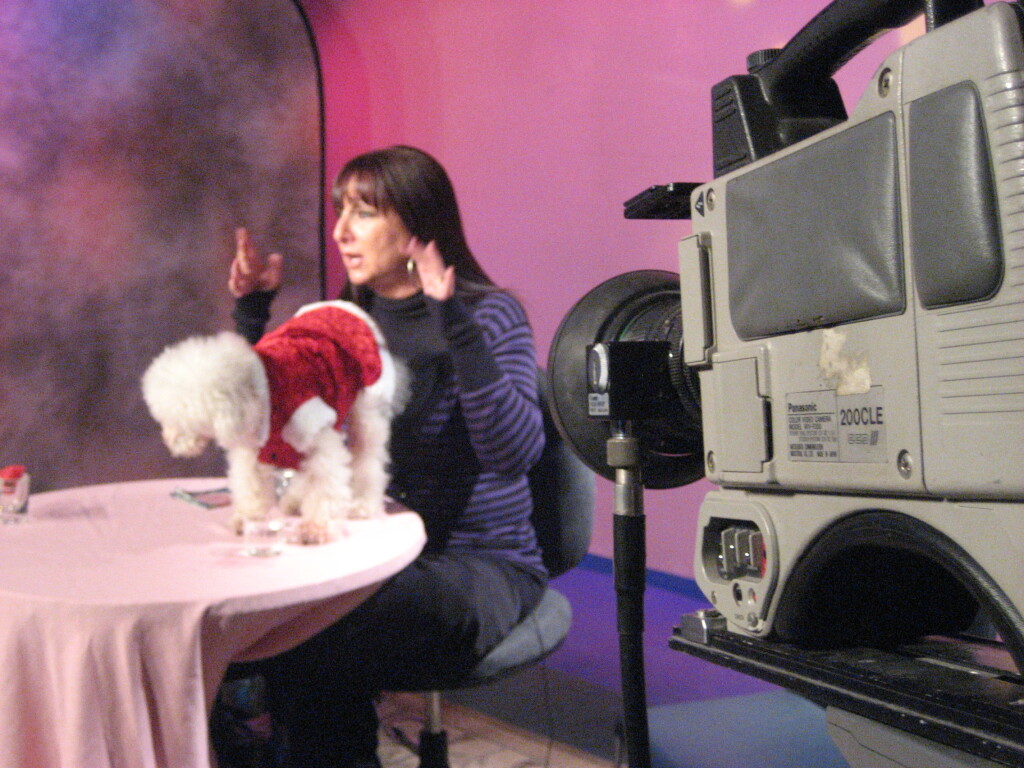 A behind-the-scenes look at Karen Salkin and Clarence, the Singing Dog, getting ready to host Karen’s Restaurant Revue, back in the day. Photo by INAM staff.

I also had other innovations besides doing a half hour monolog, which no one had ever done before. (I started-out at a time when viewers had longer attention spans than they do now; judging by the constant feedback I received, they happily watched every entire episode! Nowadays, people want to see visuals of only a few seconds!) I was the first television host to have a canine co-star. First it was the adorable Bud, The Wonder Dog, succeeded by the love of my life, Clarence, The Singing Dog. Everyone and his brother, (most prominently Joan Rivers, who had an edict out to her friends to alert her the second my not-regularly-scheduled show was on,) copied me on that one.

And, in addition to reviewing restaurants, (and, as Johnny Carson put it when I was on The Tonight Show for the first time, “anything else that came into” my mind,) I danced at the end of most episodes, starting a couple of years into my show. I became so known for it that some pro dancers once came up to me at a restaurant, saying they knew me because I was “a famous dancer!” When I assured them that I was not, they told me they knew my moves from TV, and started doing them; they just couldn’t figure out what show I was on. All of sudden, it dawned on all of us that it my restaurant revue show they were thinking of! I love that.

So guess who ripped-off that feature of my show, when she started doing her own gazillion-times-more-famous talk show? Ellen Degeneres, of course. At the height of my fleeting notoriety, she and I did a sitcom together, where most of the regular cast watched my show. In the two separate weeks I guested on it, they all talked about it in front of her, and especially lauded the fact that I always danced…on a talk show. She expressed what a great idea that was! And as soon as she got her show, there she was, dancing away. And in all these years, she has never once been kind enough to give me the credit for it. Shame on her. But oh well. Former KRR viewers always mention that lack to me, but what can you do. Imitation is said to be the sincerest form of flattery, so I guess I should feel very complimented. 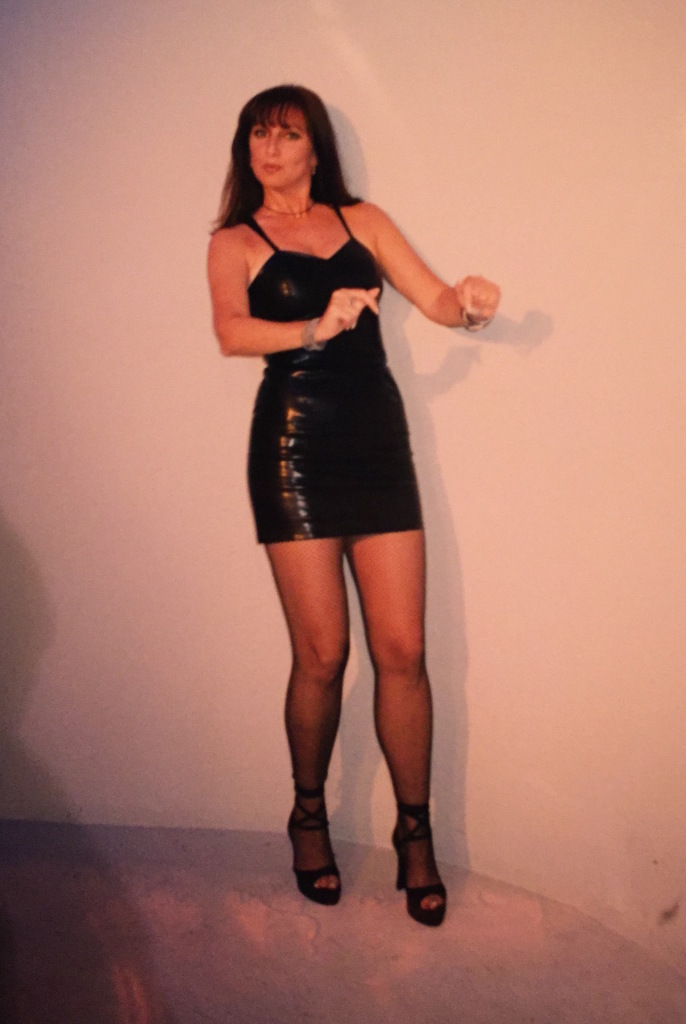 Since I rarely watch talk shows these days, (they were done for me when the legendary Johnny Carson retired—there will never be another like that man, although I have grown to adore Jimmy Kimmel during the pandemic, and I’ve always been a fan of the wonderfully nutty and creative James Cordon,) I had to figure-out another way to celebrate this occasion. [Note: That’s Karen Salkin being incredibly thrilled that she was on The Tonight Show with Johnny Carson in the pic at the top of this page.]

And I came up with something.  (Yay, me.)  Since I’ve yet to figure-out how to get my old shows on-line, (sorry to everyone who keeps asking me to do so,) I decided to share the link to my craziest recent YouTube video that we haven’t made available until this very moment!

During the pandemic, I’d occasionally think of a video to shoot as a companion piece to my columns right here on ItsNotAboutMe.TV.  When I’d do that in pre-pandemic life, I’d just film them on any old day because, since I’d go out to a fabulous event just about every night of my life, I was always camera-ready.  And that would be that.

But for the past seven months, I’ve rarely put on any make-up.  Why would I?  Who’s looking?  Mr. X has seen me at my worst, so why change things now?  That make-up artistry break is one of the very few perks of isolation, so there’s no way I’m going to work that hard for just one few-minute video.  So these days, I shoot at least three at a time, (changing outfits and jewelry in-between, of course.)  And I think of articles to pair them with at a later date; only the original topic I thought of doing makes it into the very next column. 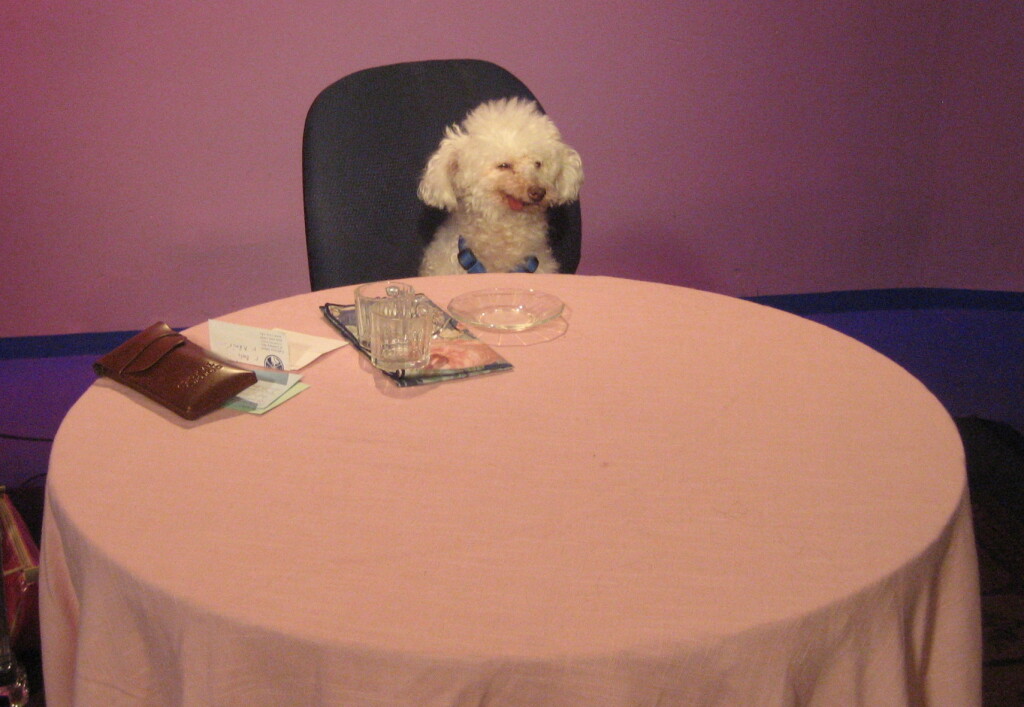 But this is what happened with the one I’m giving you the link to now:  I shot my original video that day, and it went pretty well.  Then I did the two others I had planned on, and the usually very critical Mr. X said, “You’re hot tonight!”  So buoyed by those props, I said, “Let’s go for one more!”  When that one was good, as well, I decided to shoot one final video that day, telling one of my favorite stories about my mother’s first trip out to LA to visit me.

So please keep in mind as you watch it that this was the fifth video I shot in a row that day, (and also the fifth take of it, because of one misstep or another); hence, I was totally punchy by then.  I was saying things I never would have under normal circumstances. And Mr. X was quietly heckling me from the sidelines, which was making me laugh.

One more caveat before I share the link: You’ll have to have some patience because this is my longest video ever. I’m the first to admit that I did tend to ramble on in it. But please don’t let that dissuade you from watching my other videos because the rest of them are only about five minutes long. (But Mr. X says it’s worth the time. Most of it, anyway.)

Despite the length, please try to stick with it because it’s my YouTube video that’s the most like my former show. (And yes, I do know that I’m no longer the skinny little thing I was back then. It’s called life! And staying in the house for the past seven months and counting! But Mr. X said that the combo of my dark sweater and dark hair meshing makes me look much bigger than I am. So there you have it.)

And now, to do my part to wish all of you a very Happy National Talk Show Host Day, here’s the link to my famous story of my little mo:  www.youtube.com/watch?v=dtRsfXDIrNI&feature=youtu.be.