Trending
You are at:Home»MUSIC»MUSIC/UPCOMING: NOELLE HANNIBAL COMING TO GENGHIS COHEN
By Karen Salkin on May 6, 2015 · MUSIC, UPCOMING

Everyone in L.A. knows that Genghis Cohen, on Fairfax, is my favorite Chinese restaurant. I loved it way back in the day, when music biz guy, the always-pleasant Allan Rinde, owned it, and then when his affable host, Raymond, took it over. And, in this latest incarnation with Raymond’s fam now at the helm, I still do. 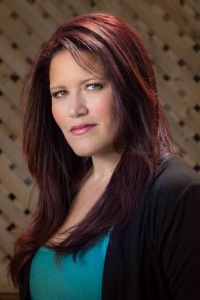 But one thing I never, ever did there, shockingly even to me, is see an act in their equally famous adjacent Music Room. I usually just don’t have the patience to sit still and listen to anyone, outside of Adam Lambert, of course.

So I’m excited to be going there for the first time this Friday night, May 8, to enjoy Noelle Hannibal, who’s doing a special gig here, direct from her Montreal headquarters. She’s very active in Broadway-type theatre in Canada, and we’re lucky to have this opportunity to hear her dulcet tones in this town. And she’ll be accompanied by pianist Keith Harrison, who I hear from those in the know is fabulous.

I actually did have the pleasure of listening to Noelle sing once before, unofficially, in New York two years ago. I was in Maria’s Crisis Cafe in the West Village, which is a bar where patrons gather around a piano and sing show tunes. It’s a hoot. Noelle was singing right near me, and I could hear how beautiful her voice was, (which goes along with her equally-attractive face!) So, I’m really looking forward to the combo of Noelle and Genghis. It’s sure to be a match made in music heaven. Hope to see some of you there!

Here’s a bit more on Noelle Hannibal: She’s an actress/singer who appeared in the film Star Trek: First Contact.  She has the unique distinction of portraying the first female Vulcan on Earth. She has also appeared in Star Trek: Voyager as a Taresian woman, and Buffy, The Vampire Slayer as part of the Sisterhood of Jhe. She then toured Ireland in Lock Up Your Daughters. Noelle currently resides in Montreal where she performs regularly in concerts, cabarets, and musical theatre productions.

And for more on Genghis Cohen, click here: www.genghiscohen.com