Trending
You are at:Home»MUSIC»MUSIC/SPECIAL DAY: NEIL SEDAKA AT THE SABAN—ON MY BIRTHDAY!!!
By Karen Salkin on January 17, 2017 · MUSIC, SPECIAL DAYS

NEIL SEDAKA AT THE SABAN—ON MY BIRTHDAY!!!

Well, thank goodness another birthday has come and gone, and now I don’t have to worry about my plans for it for another year! 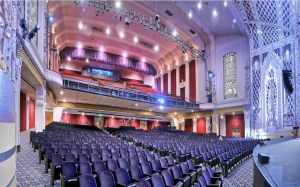 The auditorium of the Saban Theatre.

Even though this year January 14th (for those of you who missed it) fell on a Saturday, which usually translates into “party” for me, I chose to spend it in a different, perhaps even more special, way: seeing Neil Sedaka at the Saban Theatre in Beverly Hills! I would have wanted to see Neil on any night, but to see him on my actual bday was even more fun.

And he was fabulous!!! It’s unbelievable that, at almost seventy-eight years of age, that man sounds exactly like he did when he started out in his late teens. I’m not exaggerating. 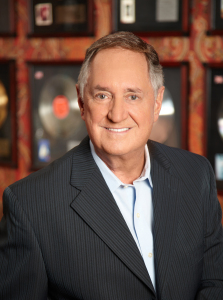 Neil Sedaka. (This photo is from his website, as is the magnificent one at the top of the page. I love that one!)

I was desperate to hear Neil sing all of his famous songs that I love: Calendar Girl, Stairway To Heaven, Breaking Up Is Hard To Do, (both versions,) Right Next Door To An Angel, and, of course, my birthday theme song for almost my entire life—Happy Birthday Sweet Sixteen. I swear, Mr. X and I have always played it at all my birthday parties, and I’m in love with that song. No one can be sad when hearing it! (Or, as in my case, belting it out!)

Even though Neil Sedaka has tons of oldies, I was wondering beforehand what I was going to do with my mind when he played his newer material, (because I get bored easily.)  But I wound-up being mesmerized by him just singing songs I had never even heard of.  He has such a gorgeous, comforting voice. I could not get enough of his music!

He entertained us for well over an hour and a half in a row, and I would have been happy to sit there for another hour. Or more. Mr. X and I loved it all!!!

At times, I could picture Neil sitting in the piano of his living room, just playing for himself.  And I imagined how fun it must be to have him as a father. (And now, a grandfather.) His lullabies must have been the absolute best! 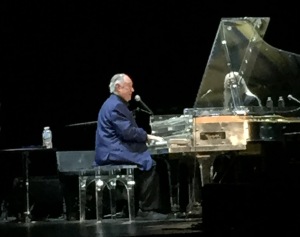 Some people are born to make music, and that defines Neil Sedaka.  I’m rarely “proud” of a stranger, but I am proud that Neil is a fellow Brooklynite, who’s also Jewish.  I actually always have been. (And, even though I’m not very into religion, in general, his rendition of My Yiddishe Momme choked me up a bit. It was stunning.)

You may not be aware of this, but Neil Sedaka not only wrote all of his own fabulous hits, but he and his various partners composed songs for many other acts, like Connie Francis and The Captain and Tennille! If he had sung every song in his catalog, we’d still be at the theatre now! (But I really do wish that he had done one of my favorites of his, Alice In Wonderland. I really wanted to hear it, but perhaps it’s his least known tune.)

I had hoped that he would also play some classical music for us that night, (Neil’s roots are in classical, although I’m sure that comes as a surprise to many,) so when he perfumed Chopin’s Minute Waltz with aplomb, I paid rapt attention. It was beautiful, and I don’t know who was in more heaven—Neil or his audience!

The whole show was a wonderful experience. Neil was great, his musicians were spot-on, his female background singer, Jennifer Somo, not only sounded great, but looked just as good, (I loved her gown and jewelry!,) and the audience was well-behaved, (even though everyone around me seemed to want to befriend me before the show. How friendly of them.) 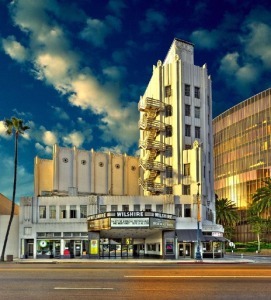 This is what the Saban looked like in its previous incarnation.

And let’s not forget the excellent venue, Beverly Hills’ Saban Theatre. I had thought that I had never been there before, but it turned-out to be the former Wilshire Theatre, a place of many happy memories for me!!! I not only saw so many shows there over the years, but, way back in the day, I also helped them with a box office crisis they were having! And I did a couple of ticket give-aways for them on my TV show, as well. The theatre looks exactly the same now, and is still an excellent theatre venue, especially for music.

I love live music, but, even with hook-ups to lots of places around town, I rarely choose to attend concerts anymore. I’m just too lazy to go to most venues these days; I’m scared of big crowds, I hate the parking hassles, and even being in the private VIP lounges is often a pain in the butt. But the Saban was a breeze, in every way. I’ll be happy to always see shows there from now on! I doubt that any will top what Neil Sedaka did, but I’m willing to give everyone else a chance.

For the rest of this season’s line-up at the Saban, please go to: www.sabanconcerts.com

For the rest of Neil Sedaka’s tour dates, please go to: www.neilsedaka.com