I had no idea what to expect of this film. Mafia stuff isn’t really up my alley and I attended the VIP screening and after-party just because I like the PR person and the event was close to my house, at the Italian Cultural Institute of Los Angeles in Westwood, across from the W Hotel.

But not only did I enjoy the event as a whole, but I was riveted to the film! And when the adorable, charming, intelligent director, Marco Amenta, spoke post-screening, I was in professional love. A more passionate filmmaker I can not imagine. And, as with almost all Italians I know, he is so articulate, in what isn’t his native language, and informative, and honest that you just have to root for his success. 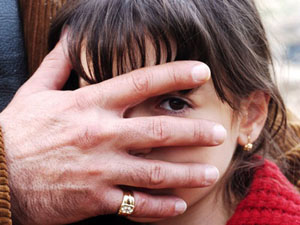 A brief synopsis just would not do The Sicilian Girl any justice, but I’ll try anyway. This is no fictional Sopranos. Rather, it’s the true story of a young Sicilian girl’s quest for justice when first her father and then her brother are murdered by their compatriots. As with all real-life mob stories, there can never be a happy ending, but the journey is indeed fascinating.

And the actors are fantastic, even the ones that Marco explained are not really in the business, but are his friends and acquaintances. (There’s one person in show business who actually employs his friends, as opposed to many of my so-called pals who wouldn’t miss a function of mine, but are loathe to even call me in to read! And this time it’s really not about me–it’s all on them. There are sad psychological reasons that have been explained to me, but no need to go into that here; I just wanted to laud Marco for his loyalty to his friendships.)

I didn’t even mind the subtitles because the Italian language is so enthralling to listen to. You can just know what they’re saying by their physicality at each moment. I felt that the entire audience was just glued to our seats. 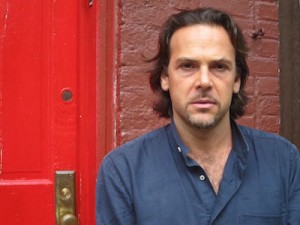 Same as we were for Marco’s stories, especially the collaborations with his legendary 77-year-old Italian co-screenwriter, Sergio Donati, of Sergio Leone fame. (Research these men, if you have the time. All captivating.) He started off speaking with no moderator, who was late and whom we wished hadn’t showed-up at all because he broke-up Marco’s wonderful rhythms a bit. His tales were a bit like mine–long, but entertaining. (I meant just long for mine; it’s not for me to say whether or not mine were entertaining.) He’s probably the only other person who could have comfortably done my show, Karen’s Restaurant Revue, for all those years! I’ve never met anyone else who would be at home sitting at a table spinning their yarns for thirty minutes in a row.

When we finally left the cozy screening room, there was a fun buffet of multiple pastas–what else? Near-by Pastina had done the catering, and it was really delicious, especially the Penne Bolognese. I used to go there a lot, but have forgotten about it in recent years. Maybe it’s time for a review of them, if the party fare was any indication. Nothing like good chow and hip live music to make one forget the murder and mayhem that was just witnessed in the film. Despite the sad topic of The Sicilian Girl, who doesn’t love an evening of Italian food and men? And I certainly was held spellbound by it all.