[Note: During this week leading up to the SAG Awards, I’ll be reviewing a quartet of the top films of the year. Any of the important ones that I don’t get to this week, I’ll review the week before the Oscars. And please don’t miss my critique of the best film of the year, by far, The Revenant, which you can still read here: itsnotaboutme.tv/news/movie-review-the-revenant.]

I don’t have much to say about this one, except that perhaps it’s the Emperor’s New Clothes of movies. People are scared to say WTF out loud, for fear of looking dumb. 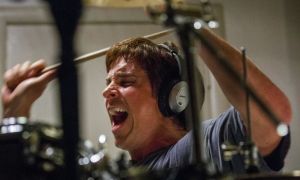 I feel bad for movie-goers who paid good money to see it, based on the many awards it has already received, good reviews, and a great cast, (especially Christian Bale, whom I always admire, but notably in this one because he was working mainly in a vacuum, and Steve Carrell, whose work I have mostly not enjoyed hithertofore.) And now it’s being touted as the one to beat for the Oscars! Are they kidding me?!

Yes, The Big Short is a well-done film, and the actors are all good. But you have to have an MBA to understand what’s going on, for goodness sake! I have a 147IQ, I got almost a perfect score on my math SATS, and was considered a math genius in high school, and I had not a clue of what was happening. Especially at the end. If I had watched it alone, or with a lesser mind than Mr. X’s, I would have been even more lost that I was!

People—this is why we in Hollywood have business managers! So we don’t have to understand all this deviousness. (It does help to have a bit of an financial understanding in life, though, so your business guys doesn’t rip you off, as so many of them do.) 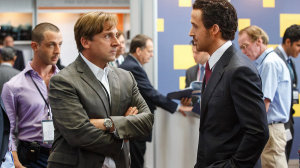 You know what? I didn’t understand the financial crisis when it was happening a few years ago, but The Big Short made me understand it less, if that was even possible. And everyone looked so miserable at the end, that it really confused me. Didn’t they do all this to make money? And, didn’t it work? Or did they make the money, and then finally feel guilty? And was the money for themselves or for their clients? And why did the make-up people allow Brad Pitt to have a visible-but-not-on-purpose booger in his nose in one scene? (Hey, folks—I ask the important questions!)

I guess it was all done as interestingly as possible, though, for such a boring topic. What possessed someone to make this tale into a film to begin with?! I’ve read several good scripts over the years, that never get made, so who chose this one? And, more importantly, why? Now I need a true movie of how this one got done. Not a “some facts have been changed” baloney. The whole, honest-from-top-to-bottom, story.

I can wrap-up my review of this film with one sentiment: Paying to see The Big Short…now that’s an investment that doesn’t pay off! You got scammed on that one! Big-time.