Trending
You are at:Home»Uncategorized»MISCELLANEOUS:100TH COLUMN!
By Karen Salkin on May 25, 2010 · Uncategorized

This is my 100th column for this site! Yay! It wasn’t as difficult a point to get to as my 100th Karen’s Restaurant Revue episode was, but hard work nonetheless. I super-appreciate all the support I’ve gotten during this endeavor, from creating www.itsnotaboutme.tv, through all of its growing pains. I’m so happy to bring you an eclectic mix of thoughts and reviews on a daily basis, and plan to continue to do so for a long time to come. 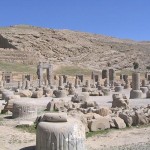 Right up front, I want to thank Mr. X for always encouraging me, my mystery web manager (what’s with all my men who don’t want to be identified?,) my friends, publicists I’ve enjoyed working with, and most of all, you, the readers. If a tree fell in the forest….

So, here are just some quick random thoughts, as my kooky way of celebrating my 100th.

Anyway, I don’t feel like I wasted all those hours and years watching the show–it was what it was. I just wish I knew what it was! Oh well. And it would’ve been nice if they hadn’t left so many questions unanswered.

Is this report true: American Idol is boring Simon Cowell??? Think how WE feel!!!!

All these season, and series(!), finales this week are making me sad. Well, actually, Idol and Dancing With the Stars had the weakest seasons ever for me. But I really will miss 24 and Lost. I think.

I wish that NBC would create Medium Loser, so I could go on it and lose a few pounds.

Tonight, the winner of Dancing With The Stars will be announced. It just won’t be fair if Nicole Scherzinger doesn’t win. She’s the best, by far, and as even the inane Carrie Anne Inaba declared last week that Nicole is the best celeb they ever had on there! I really hate when things aren’t fair, so I’m dreading the results, just in case. (And if that really annoying Erin wins, I’m afraid that Mr. X won’t ever watch the show again. How did that chick with a voice like nails on a chalkboard get a job in sportscasting to begin with???)

It’s also not fair if Crystal Bowersox doesn’t win Idol this week. But that show is rarely fair, with its unlimited votes from dorks. So, we’ll see. That winner really doesn’t matter, though, because talent often winds-up winning out in the music biz, over time.

And then, just when I think I can relax and stop being so tied to TV, So You Think You Can Dance starts up again! Only this time with a really dumb idea to have just ten contestants, rather than the usual twenty. This is so they can feature dancers from past seasons, many of whom we were happy to see go. But it’s their copy-cat idea from DWTS–to use one known-to-the-audience-already dance partner. I say, if it aint’ broke, don’t ruin it! They need to go back to the old format of dancers, the old stage, and the old rotating judges. But get a new, very much less annoying, host. There’s an idea for them!

I sure hope the Suns win their series against the Lakers! That wonderful Steve Nash is sure one hell of a tough guy! Did you see his nose get broken by Derek Fisher’s head in that game on Sunday? Without skipping a beat, literally, he just tried to push it back into place as he ran down the court! My favorite shot was of teammate Grant Hill in the background, looking horrified as he reached-out to help Steve. It looked like he was watching Saw III!

Much as I would love Lebron James to become an LA Clipper or NJ (soon to be Brooklyn) Net, so I would have many more chances to see him play in person, I really hope that he opts to stay in Cleveland. That city needs him. (I have a feeling he will, now that management, unnecessarily, fired Mike Brown, the Cavs’ coach.) I would vomit if he joined that thug, Joachim Noah, on the Chicago Bulls. I’d hate to have my favorite player and my most reviled on the same team. It would remind me of having me and my sister in the same family. [Note: I used incorrect grammar there, but I had to put “me” first in that sentence to match the order of the sentence before: “favorite” before “reviled.”]

I wrote about this once before, but we’re still having a bit of technical trouble with the “Comments” section, so please bear with us. Many of the ones that come in are automatically “spammed,” so we can’t approve them. And about 90% of the ones that were already approved as of a couple of months ago were deleted by new software recently, and we couldn’t get them back. But we’re always working on the issue.

I really thank everyone for getting in touch with me, whether it be in the comments section or by email, and I really do read every missive that comes in. It’s a bit better to post your thoughts in “Comments,” though, because it’s easier for me to answer readers there. My email gets over-loaded constantly, so half of what comes in disappears before I even get to read them. And, if you’re not in my contacts already, chances are I won’t even see what you wrote, and I’d hate to miss what someone took their time to send me.

I really welcome what every reader has to say, so please keep those notes coming, even if they get here by Pony Express!

Here are answers to just a very small sampling of emails I get about INAM:

If you’re interested in a specific event or review, and you don’t see it posted right away, please check back soon. You know me–I try to get to everything! The last time I slept was 2005!

And if site goes down, as can happen to anyone, please bear with us and keep checking . I know last week was pretty gnarly in that category, but it’s all worked-out now, knock on wood.

I know I’ve been promising a podcast, to bring you a mini version of my show, and we hope to have it up and running by Autumn. (I spend the summer in NY, so there will be no time available until then.)

I’m happy to take suggestions of what else you’d like my opinions on. I think that among all my interests, from restaurants to beauty to theatre to television and movies to sports, as Martin Mull once told me when he guested on my show, I “have it pretty well covered, in terms of the universe.” But I could always be over-looking a topic, so please feel free to ask for it. I’m always planning a “Grammar” section, but there’s just never enough time. I’ll try to begin it on a slow activity day.

So, that’s it for my 100th! Thank you to everyone again, and happy milestone to me!

(And if you like the site, please pass it on to your pals. As with many things in life, the more, the merrier.)